The event was part of a four-city "Swing State Swing" across Ohio. 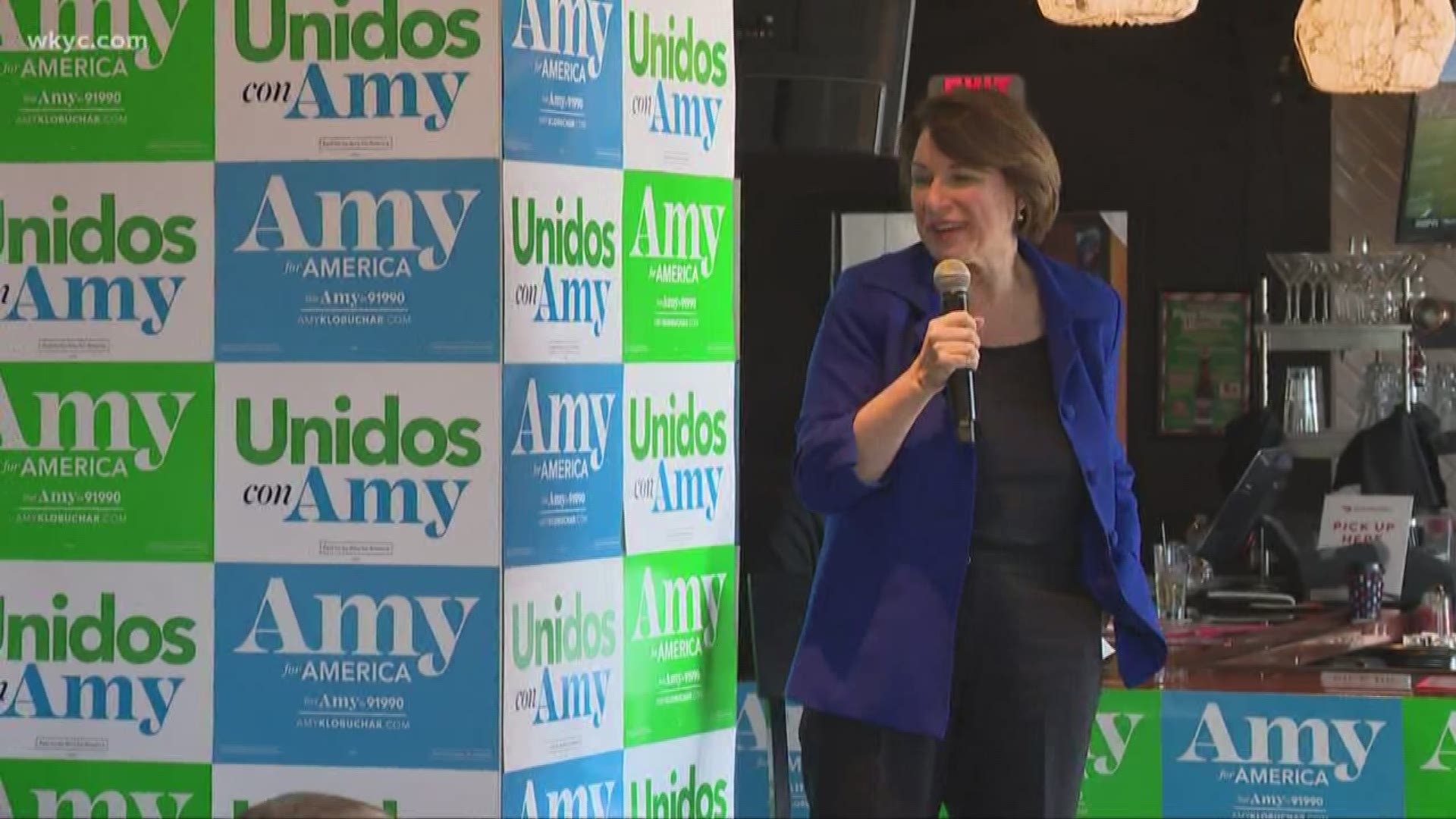 CLEVELAND — The next Democratic presidential debate is scheduled for this coming Tuesday in Westerville, Ohio, but at least one candidate is planning to see a lot more of the Buckeye State.

Minnesota U.S. Sen. Amy Klobuchar, one of 19 current top-tier contenders for the Democratic nomination, is currently embarking on a four-city "Swing State Swing" starting Saturday that will end with her giving remarks at the Ohio Democratic Party's annual state dinner Sunday in Columbus. Other stops include Toledo, Cleveland, and Dayton.

The Cleveland meet and greet took place Saturday afternoon at Dante's Inferno in the Flats. During the event, the senator took time for a one-on-one interview with 3News. You can watch it in the player below: 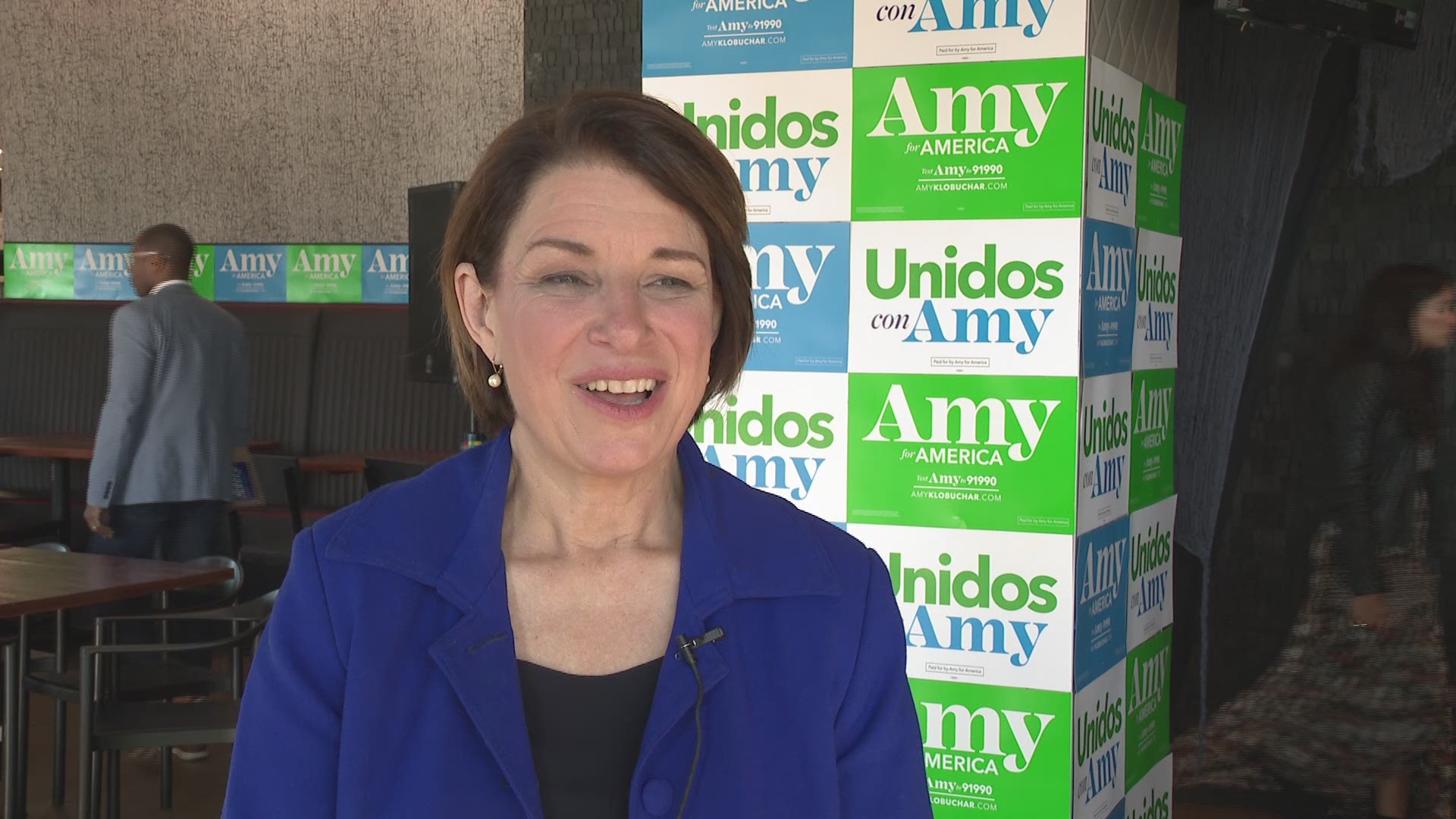 "You have so many voters [in the Midwest] that maybe voted for Barack Obama and then voted for Donald Trump," Klobuchar said, noting 10% of President Trump's voters in Ohio had done just that. "I think they want to come back. They are tired of the broken promises...and he certainly has coarsened the tone of our politics, and we want to go back to a point where we treat each other with decency at the Thanksgiving table, but also at the Congressional negotiating table."

Although she has thus far qualified for all four debates, Klobuchar has struggled to gain traction among the electorate: Most polls have her between 1 and 2% nationally, and a recent Emerson College survey had her at 0% in Ohio's Democratic primary. Her campaign (which you can read more about here) has thus far focused mainly on "economic justice," something she brought up Saturday while emphasizing her father's background as a newspaperman and her mother's as a teacher.

"We need to make sure people that go into jobs that we need them to go in to...have enough money to support their families, raise their families, send their kids to school, you name it," she said.

Klobuchar was also asked about the ongoing opioid crisis, something that has hit Ohio particularly hard. The senator has recently rolled out her own $100 billion plan to combat opioid addiction, which focuses on holding drug manufacturers accountable.

RELATED: Court denies attempts to stop opioid trial before it begins in Cleveland

Klobuchar will not be the only candidate speaking at the Ohio Dems' state dinner: She is expected to be joined by South Bend, Indiana Mayor Pete Buttigieg, former U.S. Secretary of Housing and Urban Development Julian Castro, businessman Tom Steyer, and Ohio U.S. Rep. Tim Ryan.