Since candidates for the Democratic, Libertarian, and Green parties are already set, only Republican candidates will be on the primary ballot. 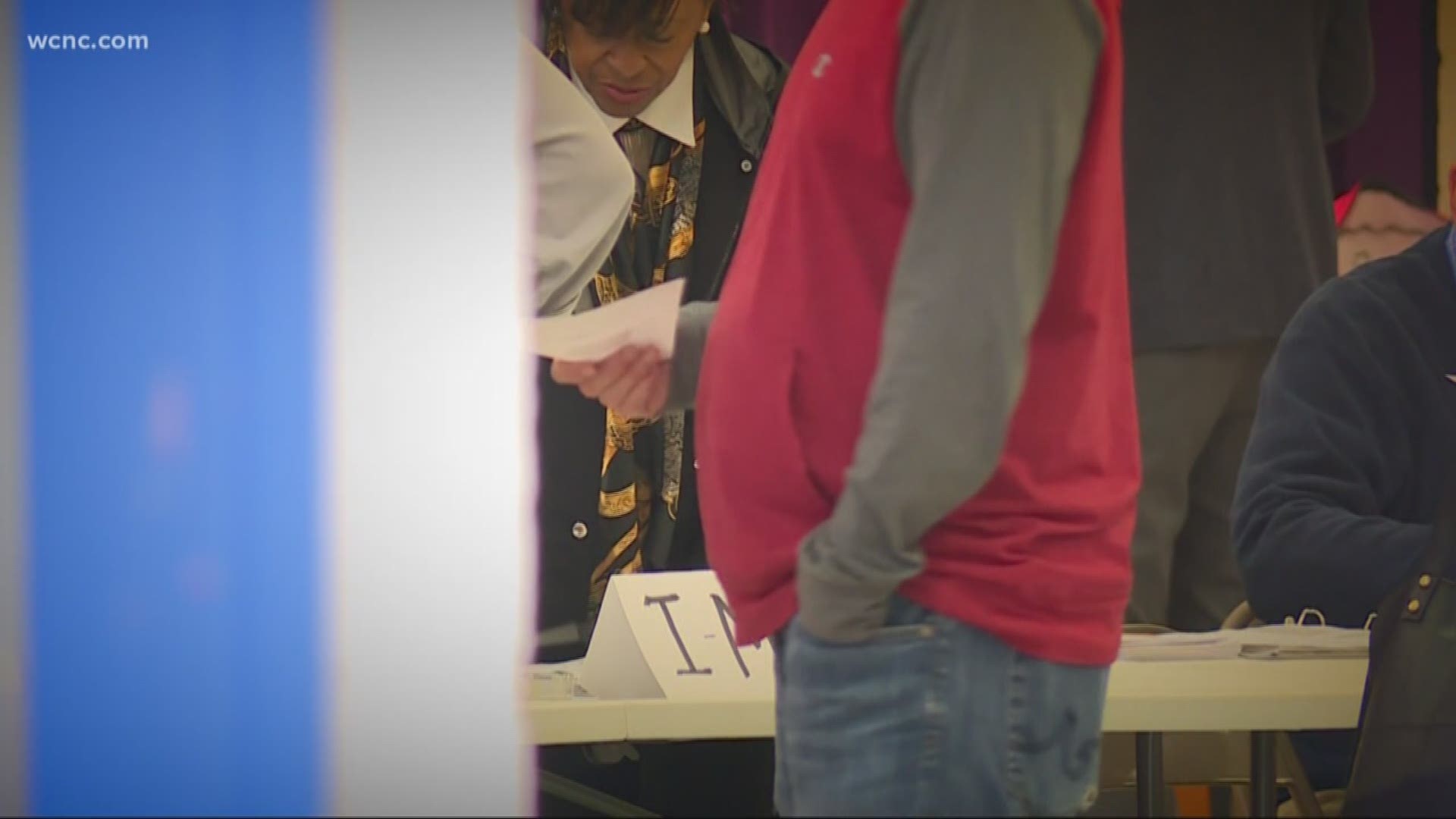 Voters can cast their ballot early in the special election primary through May 10. The primary election will be held on May 14. Most voting locations are open from 7 a.m. to 8 p.m.

Since candidates for the Democratic, Libertarian, and Green parties are already set, only Republican candidates will be on the primary ballot.

To be eligible to vote in the primary, voters must live in the 9th District and be registered either Republican or unaffiliated.

So far, Dan McCready is the only Democrat running.

McCready lost to Republican Mark Harris in last November's election, but the state board called for a new election after allegations of absentee ballot tampering in two counties.

So far, four people have been arrested in connection to the election fraud investigation.

Mecklenburg and Union counties are hoping for at least a 15 percent to 20 percent turnout. But political science professor Dr. Michael Bitzer worried ballot fatigue may set in among voters who are being asked to head to the polls again.

“It’s not going to be anywhere near the 50 percent that we saw in 2018. Probably in the possible low 30s. So that will make a major difference,” said Bitzer.