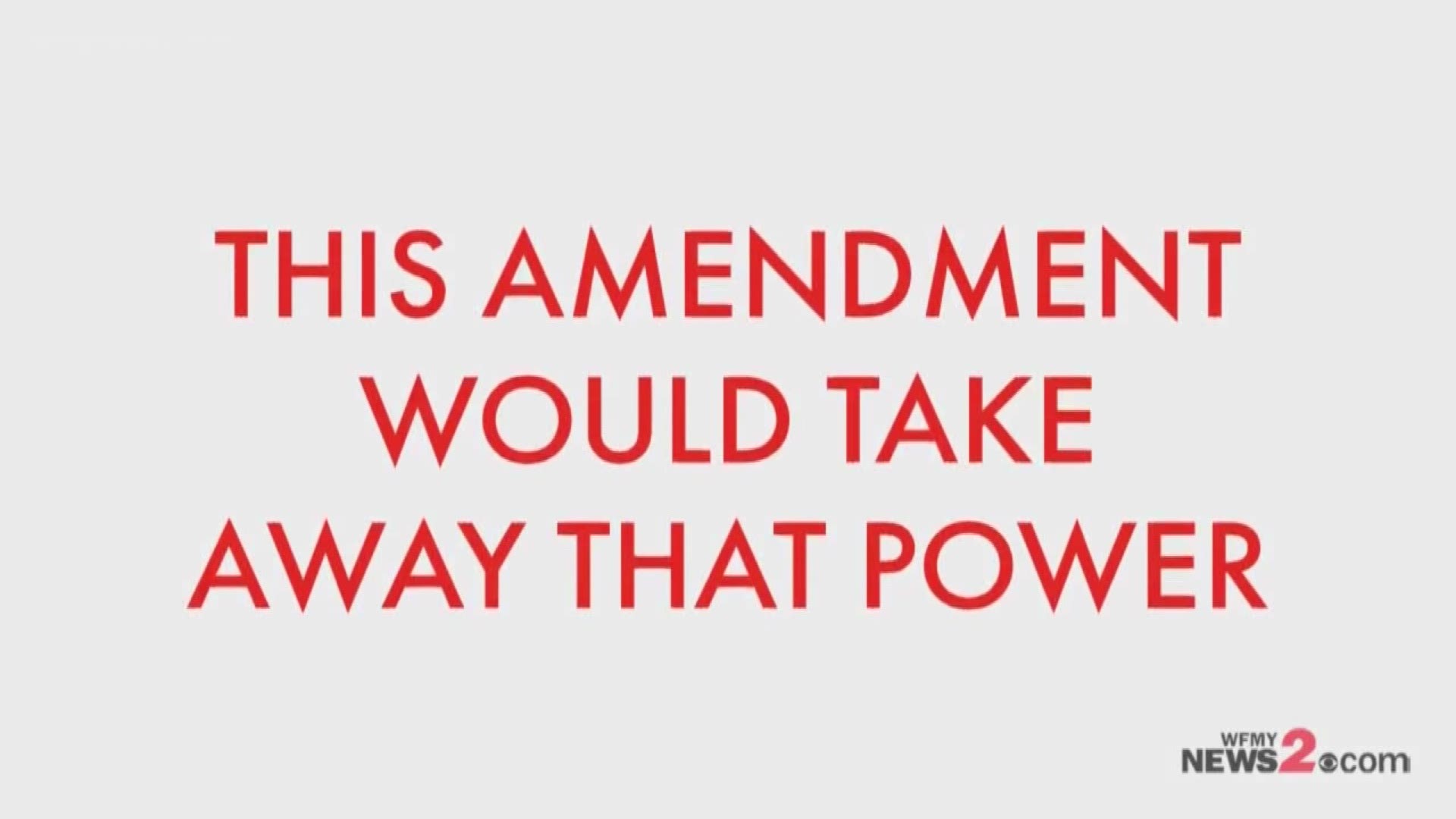 Here’s a list of what has PASSED and FAILED. We’ll continue to update this story throughout election night. Check back for updates.

How it appeared on the ballot: "Constitutional amendment to change the process for filling judicial vacancies that occur between judicial elections from a process in which the Governor has sole appointment power to a process in which the people of the State nominate individuals to fill vacancies by way of a commission comprised of appointees made by the judicial, executive, and legislative branches charged with making recommendations to the legislature as to which nominees are deemed qualified; then the legislature will recommend at least two nominees to the Governor via legislative action not subject to gubernatorial veto; and the Governor will appoint judges from among these nominees."

What it means: This amendment would take away power from the Governor to appoint a replacement judge if one dies, retires or quits. It would instead transfer the power to nominate replacements to the State Supreme Court and the Legislature.

How it appeared on the ballot: "Constitutional amendment to require voters to provide photo identification before voting in person."

How it appeared on the ballot: "Constitutional amendment to reduce the income tax rate in North Carolina to a maximum allowable rate of seven percent (7%)."

How it appeared on the ballot: "Constitutional amendment to strengthen protections for victims of crime; to establish certain absolute basic rights for victims; and to ensure the enforcement of these rights."

What it means: According to the NC Constitutional Amendments Publication Commission, "currently, the North Carolina Constitution guarantees victims of certain crimes the following rights:

• The right to be informed of and present at proceedings related to the accused.

• The right to be heard at sentencing of the accused.

• The right to receive restitution.

• The right to information regarding the crime, how the criminal justice system works, and the rights

and services available to victims.

• The right to be informed about the final result of the case.

• The right to be informed of an escape, release, or pardon.

• The right to express views to the Governor or

• The right to confer with the prosecutor.

If this amendment is adopted, the Constitution would also guarantee victims the following rights:

• To be treated with dignity and respect.

• Reasonable, accurate, and timely notice of a proceeding, upon request.

• To be present at any proceeding, upon request.

• To be reasonably heard at additional kinds of court hearings.

• Restitution in a reasonably timely manner, when ordered by the court.

• Information about the crime, upon request.

• To reasonably confer with the prosecutor.

Today, victims have legal rights if the crime was a major felony, certain domestic violence cases, or

one of several other kinds of serious crimes. The amendment would expand the types of offenses that trigger victims’ rights to include all crimes against the person and felony property crimes. These rights would also apply in these cases if committed by juveniles.

This amendment directs the Legislature to create a procedure, by motion to the court, for a victim to assert his or her rights. Nothing in this proposed amendment creates a claim against the State or allows the victim to challenge any decision the court makes. The defendant may not use failure to provide these rights as a ground for relief in any civil or criminal matter.

The public fiscal note that accompanied this legislation estimates that these changes to our justice system will cost about $11 million per year."

How it appeared on the ballot: "Constitutional amendment protecting the right of the people to hunt, fish, and harvest wildlife."

What it means: According to the NC Constitutional Amendments Publication Commission "This amendment would acknowledge the right to hunt, fish and harvest wildlife, and to use traditional methods to hunt, fish and harvest wildlife. The amendment does not define “traditional methods.” This right would be subject to laws passed by the Legislature and rules (i) to promote wildlife conservation and management and (ii) to preserve th e future of hunting and fishing. If it passes, the amendment will not affect any laws regarding trespassing, property rights or eminent domain. The amendment does not address its effect on local laws concerning public safety or on commercial hunting and fishing. The amendment would also establish that public hunting and fishing are a preferred means of managing and controlling wildlife."

6. BOARD OF ELECTIONS - FAIL

How it appeared on the ballot: "Constitutional amendment to establish an eight-member Bipartisan Board of Ethics and Elections Enforcement in the Constitution to administer ethics and elections law."

What it means: Right now the Board is made up of 4 Democrats, 4 Republicans and 1 unaffiliated member. This would remove the unaffiliated member who is often a tie-breaker. It would also take the power away from the Governor to appoint these board members and give that power to the Legislature. 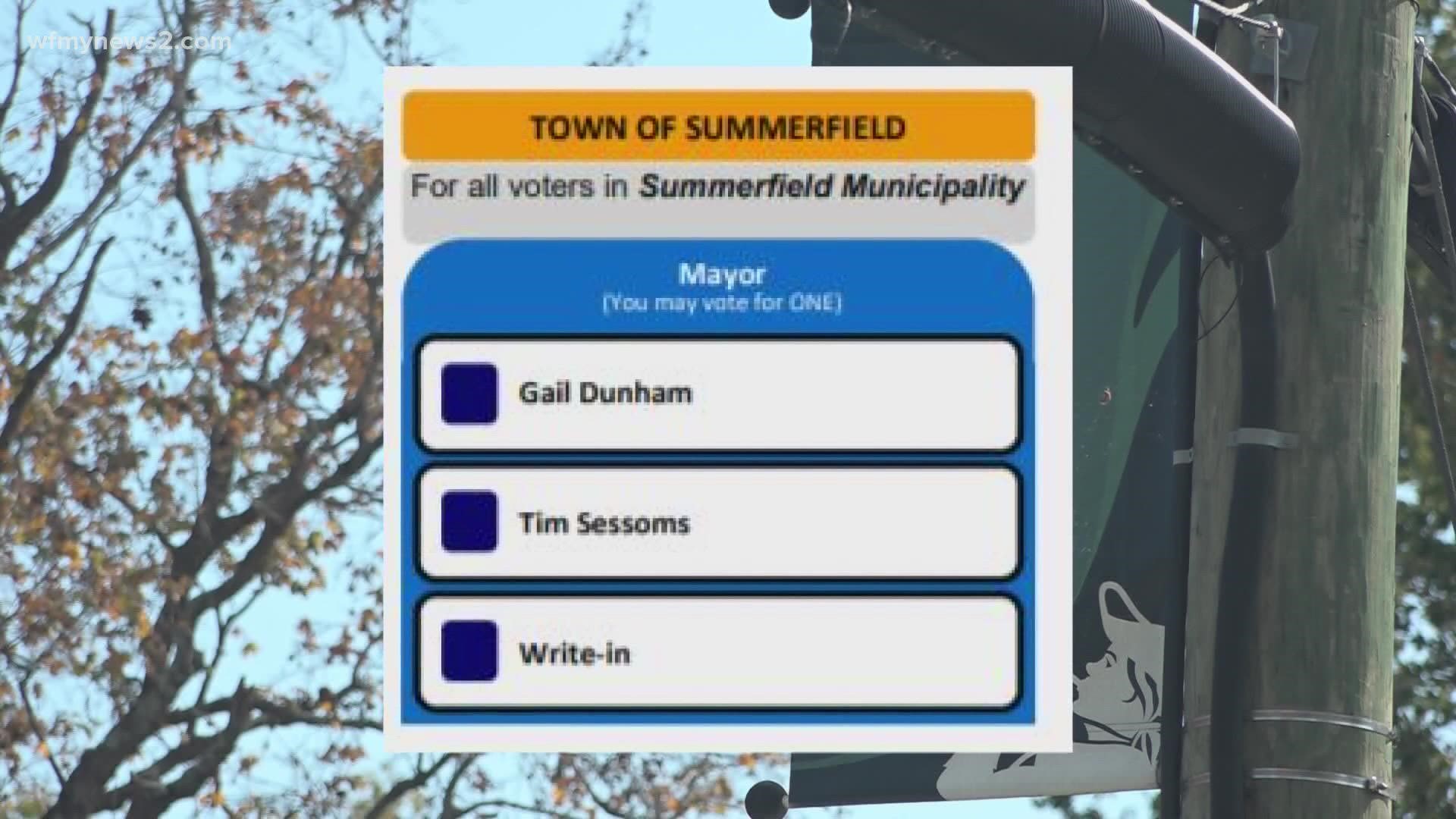