The incumbent NC attorney general said he has won the 2020 race for re-election on his social media platforms. 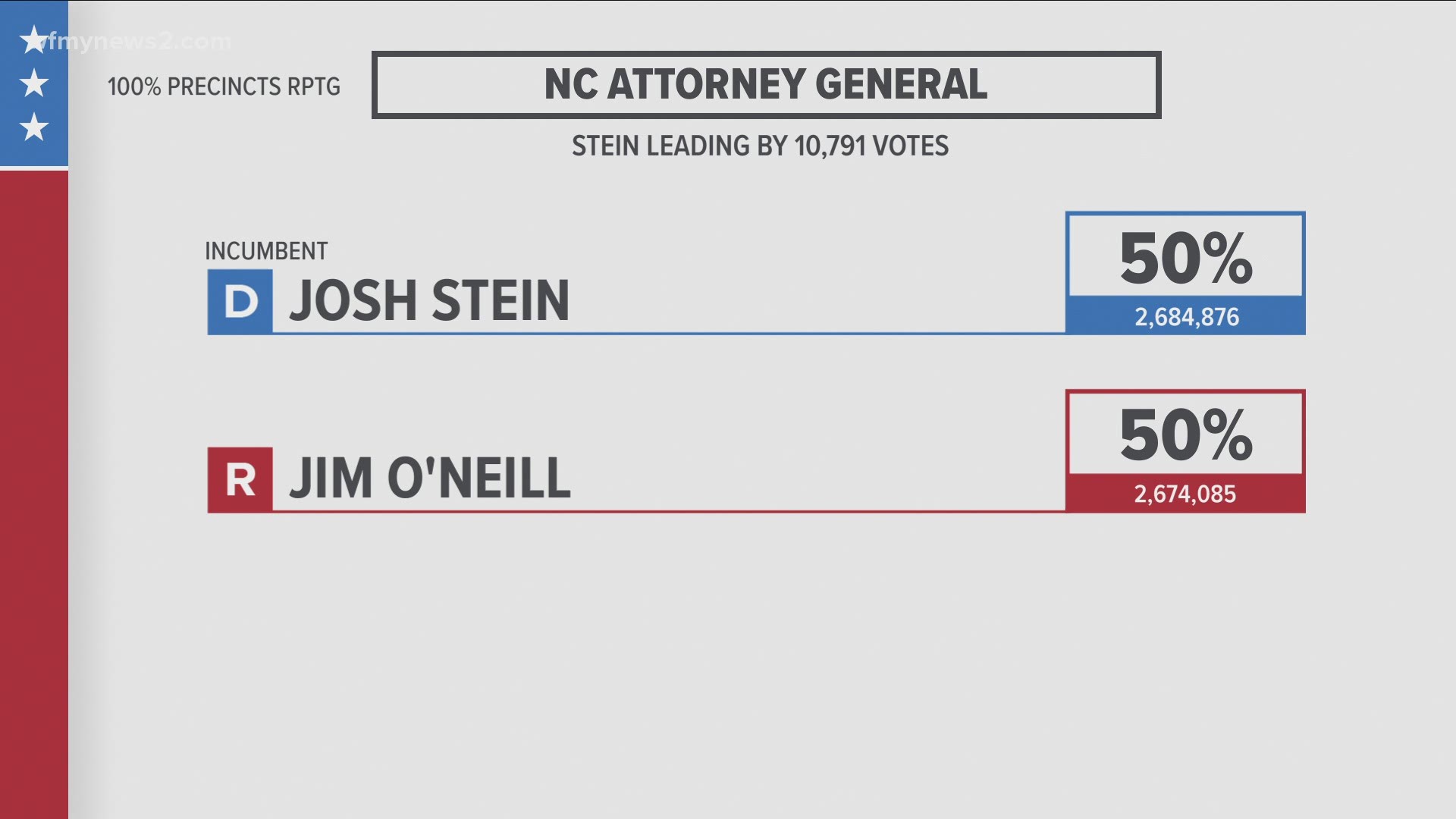 On Tuesday, Stein tweeted out the declaration, citing 3,000 provisional mail-in votes pushing him over the edge in a tight race between him and challenger Jim O'Neill.

We won! Since Election Day, we've added more than 3,000 provisional and mail-in votes to our margin, which now stands at 13,809 -- greater than the threshold for a recount. 1/https://t.co/XDXdLDoviZ

I am deeply thankful to and humbled by the more than 2.7 million North Carolinians who voted for me and the tens of thousands of people who helped power our campaign to victory. 2/

"Protecting all the people of North Carolina — whether from crime, consumer fraud, addiction, pollution or discrimination — has been a privilege," Stein continued, "I am eager to get to work for another term as your Attorney General to make North Carolina even safer and stronger."

On Friday, the race remained close but didn't appear close enough for O'Neill to be able to request a recount. For a recount in North Carolina, the candidate must be trailing by no more than 0.5 percent of the total votes cast or no more than 10,000 votes, whichever is less.