N.C. Attorney General: Who is running?

Republican candidates O'Neill, Hayes and Mumma hope to get the nod to try to unseat incumbent Attorney General Josh Stein in November. 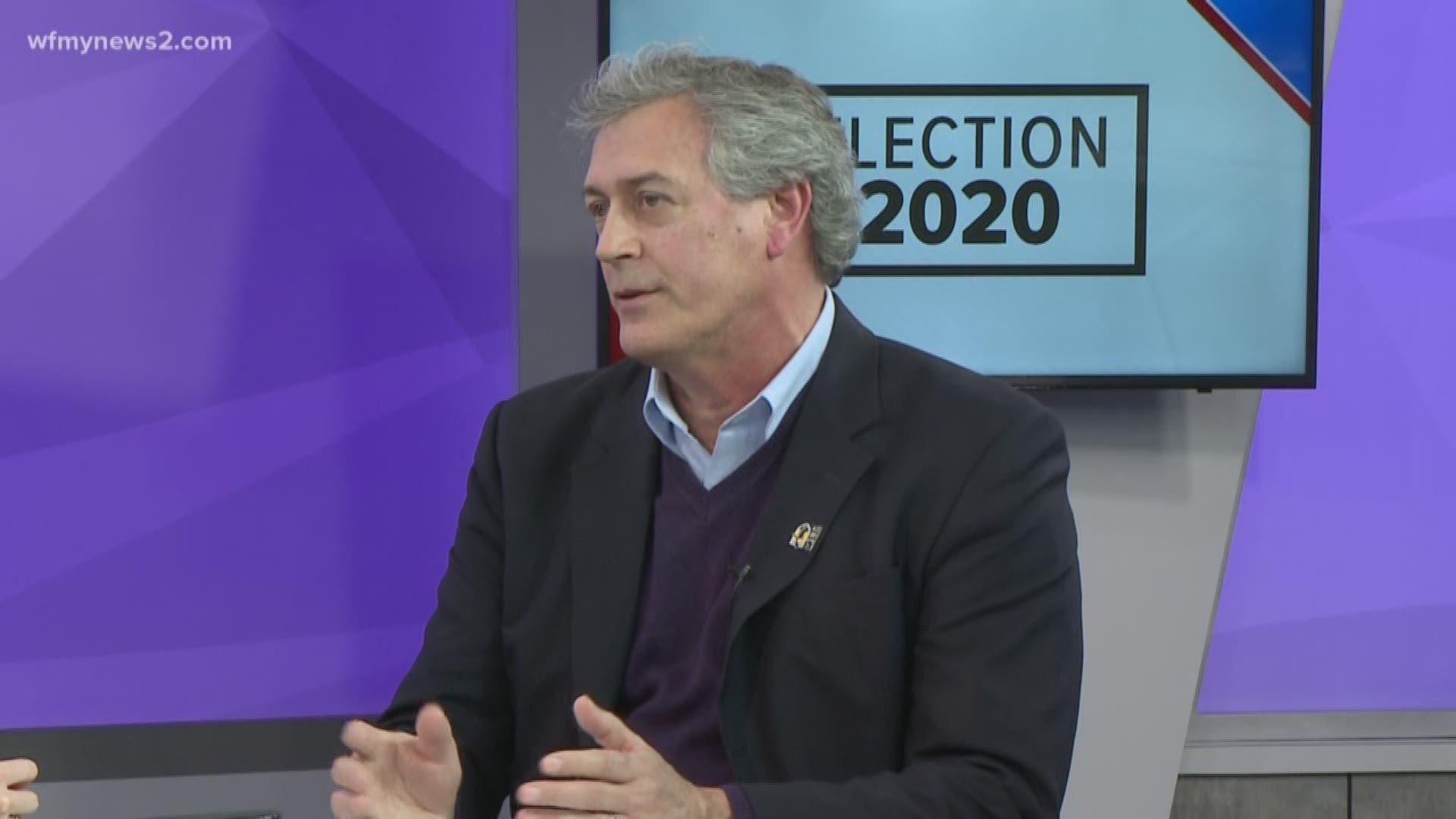 WINSTON-SALEM, N.C. — North Carolina Attorney General Josh Stein is running unopposed in the primary election, but three Republican candidates hope to get the nod to take on Stein in the November election. Stein took office on Jan. 1, 2017, and his current term ends Jan. 1, 2021.

Stein is running for re-election for the position of North Carolina's top prosecutor and the head of the NC Department of Justice. He's already on the ballot in the general election on Nov. 3. Stein has worked on fighting the opioid crisis and going after big pharmaceutical companies. His priorities, according to his campaign, include promoting public safety, protecting seniors and consumers, and preserving clean air and water.

Jim O'Neill is North Carolina's 31st Prosecutorial District Attorney who came into office in 2009. His term ends in 2022.

This is not O'Neill's first rodeo in this race as he ran in the 2016 primary election, but was defeated. The Duke University and New York Law School graduate has focused his tenure as DA on prosecuting sex offenders and chronic criminal offenders.

During his campaign, he has been vocal on issues that intersect immigration and local law enforcement.

"Every day I work with our ICE agents. Our corporation with ICE and local law enforcement is one of the reasons Winston-Salem was recently named the safest city in NC. As AG, I would make sure North Carolina isn't a place where sanctuary cities are allowed to grow," he wrote on Twitter.

Another Forsyth County-linked candidate, Sam Hayes, hopes his background in civil law will make him a viable option for November's Republican ticket for the state attorney general election. He only has to scale through the challenging race that is Tuesday's primary.

"After nearly 150 years of Democrats controlling the Department of Justice, it's time for a change. We need experienced, conservative leadership, and I am the only conservative in this race. I have the background and, in fact, I have already been doing the work that the past two AGs have refused to do," said Hayes in a press release on his campaign website.

RELATED: 10 questions about voting that you may have been afraid to ask answered

Christine Mumma is another conservative whose career background focused on criminal justice. She's also vying to get the ticket to face off against Stein in November. The Morristown, New Jersey native received a bachelor's degree in business administration and a J.D. from the University of North Carolina, Chapel Hill.  A mom of three and a former NC Supreme Court Clerk, Mumma's professional experience includes working at Nortel Networks and the North Carolina Center on Actual Innocence, which works to get people who have been wrongfully convicted out of prison.

"We need a candidate who wants to do the job of AG rather than just teeing up to be the next governor. It's time for a conservative fighter who has real-world experience," Mumma wrote on her twitter account.

"As Attorney General, I will ensure the advice to state government departments, agencies, and commissions, as well as the legal opinions issued from the Department of Justice, are depoliticized and the culture of the office is focused on being proactive, rather than reactive, to ensure justice for every citizen of North Carolina, regardless of race, gender, or economic status," she said on her website.

RELATED: Text RESULTS to get real-time NC Primary Election results to your phone!