Cheri Beasley said her experience leading the state's judicial branch will be useful in DC. 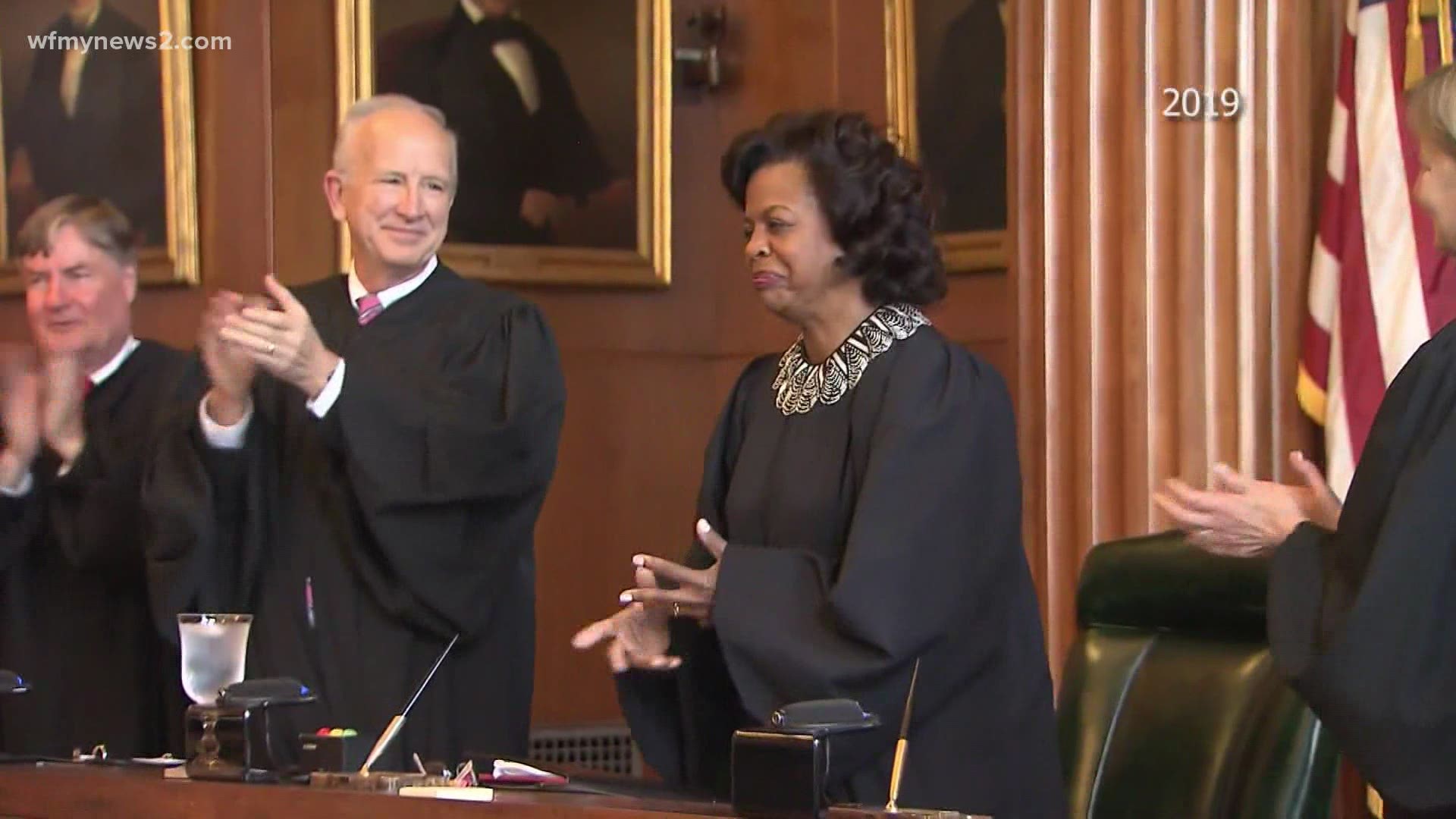 GREENSBORO, N.C. — This week - the list of candidates running for North Carolina's open senate seat in two years became longer. From the highest court in the state, to the Capitol of the United States, former North Carolina Supreme Court Chief Justice, Cheri Beasley, is joining the group of people vying for Senator Richard Burr's seat in 2022.

"I want to stand for the people of North Carolina to make sure no door of opportunity is ever closed to anyone and that's why I'm running for the United States Senate," Beasly told WFMY News 2's Maddie Gardner.

Beasley was the first Black women to be Chief Justice of the North Carolina Supreme Court - a seat she lost to Republican Paul Newby by just 401 votes in last year's election. She spent eight years as a state supreme court justice after serving on the district court and court of appeals. Experience she says will come in handy in DC.

"I ran an entire branch of government," she said. "The entire court system and so I think I certainly have worked with lots of people, not just those within the court system but so many people across the state who have been served by the court system, that it's going to be deeply important. I mean those are relationships and those skills wonderfully transfer over to this office."

Beasley says many of the issues in Congress are ones people in her courtrooms dealt with firsthand. If elected, one of the first things she wants to tackle is healthcare.

"I know from my own situation, I'm the mom of twin sons who have had some long-standing health concerns, and you know we've had to fight insurance companies to make sure they have the coverage that they've needed," Beasley said.

With a growing field of candidates, Beasley hopes she'll stand out from the crowd and win the Democratic nomination and ultimately, the Senate seat.

"I was raised by mom who told me to stay in for what's right that no door of opportunity should ever be closed to me and through hard work and faith as a judge I knew how important it was to make sure that every person who came before my court was treated fairly," Beasley said.

If Beasley wins in 2022 - she'll break another barrier becoming the first Black senator ever elected in North Carolina.