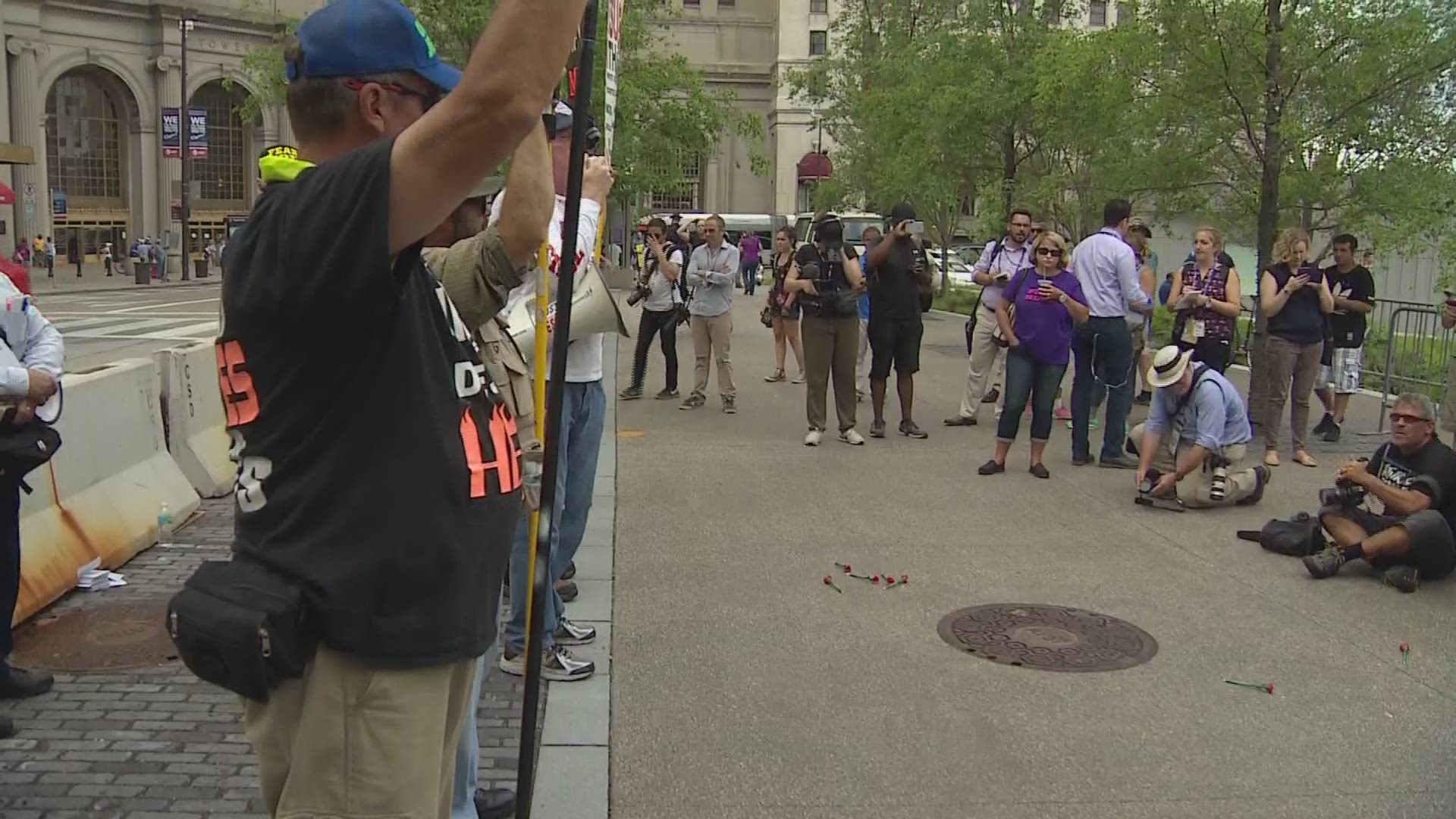 CLEVELAND - It’s one thing to get your news from us. It’s another to go get it for yourself.

In this installment of Verify, reporter David Schechter takes Laura Jones, from Ashtabula, Ohio, to the 2016 Republican National Convention to see the public protests first hand. She says she’s seen protests on TV but never in person and wondered if they’re fairly portrayed by the media.

Cleveland has “designated places” for protestors. With a little encouragement, Laura steps toward the action.

"So, there's 50 some cameras and four protestors," she notes. "This is an extremist attitude, but the way you see it all the time is that there's this huge crowd gathered and everyone felt this way."

To find out if the protestors all felt the same way, Laura talked with one group who was there to preach to other protestors.She asked them if there were particular protestors they were preaching to.

Jim Ellis, a preacher from Evansville, Indiana, told her they were preaching mainly to Muslims and the Black Lives Matter group.

When asked if they were hoping the media would be there, Ellis responded, “Hoping would be a good word. But, knowing they would be there comes with the job.”

Not far from the preacher group was a man who was getting a lot of attention from media because of his support of open carry.

"The media were really focused on him, but my fear or worry is that people will see that and think that is what’s going on here today. That people are wandering around with guns strapped to their backs. And that’s what’s going on in downtown Cleveland. And it’s not. It’s one guy," Laura said.

Her conclusion: things aren't always as they appear to be on TV.