Breaking down impeachment, the 25th Amendment, and what it all means for benefits after a presidency

A Triad political science expert said a lot of questions still need to be answered because our country has never been down this road before. 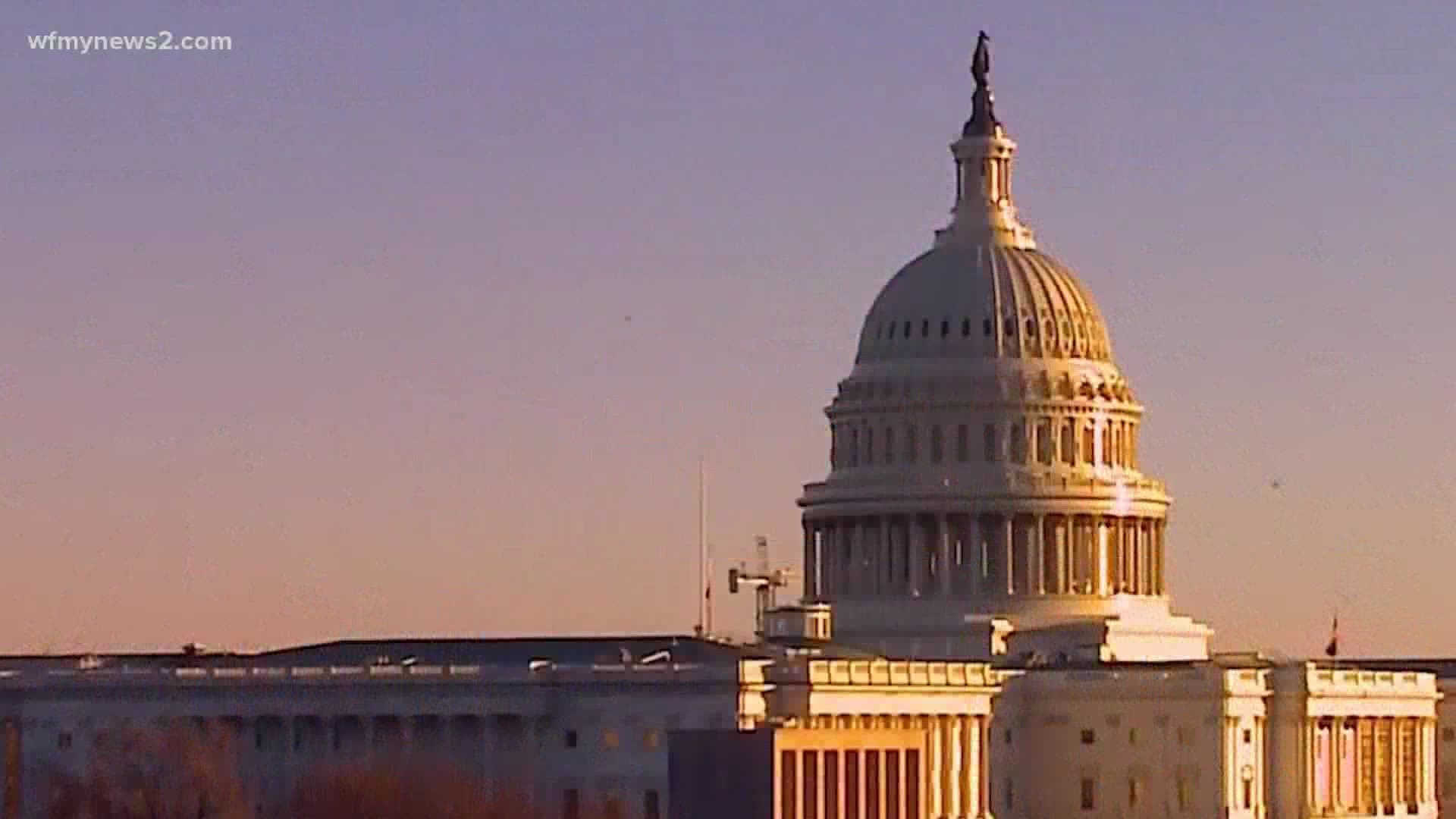 GREENSBORO, N.C. — Triad political science experts are breaking down impeachment and the 25th Amendment to help give a better understanding of what's happening in our nation's capital.

Since then, Democrats in the United States House of Representatives unveiled articles of impeachment Monday, accusing President Trump of inciting an insurrection lat Tuesday on the Capitol.

UNCG Political Science Expert Dr. David Holian said the 25th Amendment would be executed by the Vice President and the majority of his cabinet.

"Vice President, plus the majority of his cabinet making a determination in writing to both the House and the Senate that the president can no longer essentially execute the office," said Dr. Holian.

Holian said the President has the opportunity to submit a letter, refuting the Vice President's letter. If there are two competing letters, Congress would need two-thirds of a vote in both chambers to determine whether the President is unfit for office. Holian said Congress has 21 days to make that vote.

The impeachment process is solely instigated by Congress in a two-step process. The first half takes place in the U.S. House of Representatives on whether to impeach the president.

"Simple majority in the house gets him impeached. Those impeachment articles get sent over to the Senate where a trial is held and you need two-thirds of senators to vote to actually remove the president from office," said Holian.

An impeached president is not one removed from office. The Senate must vote on whether or not to convict and remove.

So, how do these processes have an impact on the benefits a president receives after serving in office?

Holian said impeachment or the 25th Amendment would not impact the benefits a President receives if that is the path lawmakers in Washington so choose.

The Congressional Research Service breaks down what kind of benefits a president receives after time in office, like a pension, office and staffing allowance, secret service protection, and travel allowance.

Holian said the only move that could jeopardize a president's benefits is to be impeached and removed from office.

"So the only way President Trump can lose all his benefits is if the law no longer considers him a former president and the law doesn’t consider you a former president if you’ve been impeached and removed. That would mean that the senate would have to vote to convict him before his term ends," said Holian.

Some questions still remain, according to Holian.

"If there's an impeachment trial held in the senate held after President Trump has already left office, well, you can't remove a president from the office he no longer holds," said Holian, "So, even if President Trump were convicted, I would imagine, the court might have to decide this, but from reviewing the statute he would not be considered a former president and even though he was convicted in the senate he would still, under those circumstances, receive all those benefits. The only way they can be stripped from him is if congress impeaches, convicts, and therefore removes him before his term ends on January 20."

Whether or not a president can run for office again if he's impeached and removed from office all depends on whether the Senate takes a vote on it, according to Holian.

"The only thing that can prevent him from running for office again is if he is convicted in the Senate by a two-thirds vote, at which point the Senate would take a second vote and by a simple majority at that point, just 51 senators would have to vote to bar him from ever running from federal office again," said Holian.

Holian said there are still many questions and legal issues to work through, as our country has never been presented with a situation like this before.

"There’s a lot of moving parts and some legal issues to work through here whether you can move forward with a senate trial for a former president,' said Holian, "There are a lot of questions here and a lot of questions we don’t have answers to right now because we’ve never been down this road."

RELATED: VERIFY: Can the President pardon himself