The president will be at the Gastonia Municipal Airport Wednesday to campaign for his 2020 reelection. 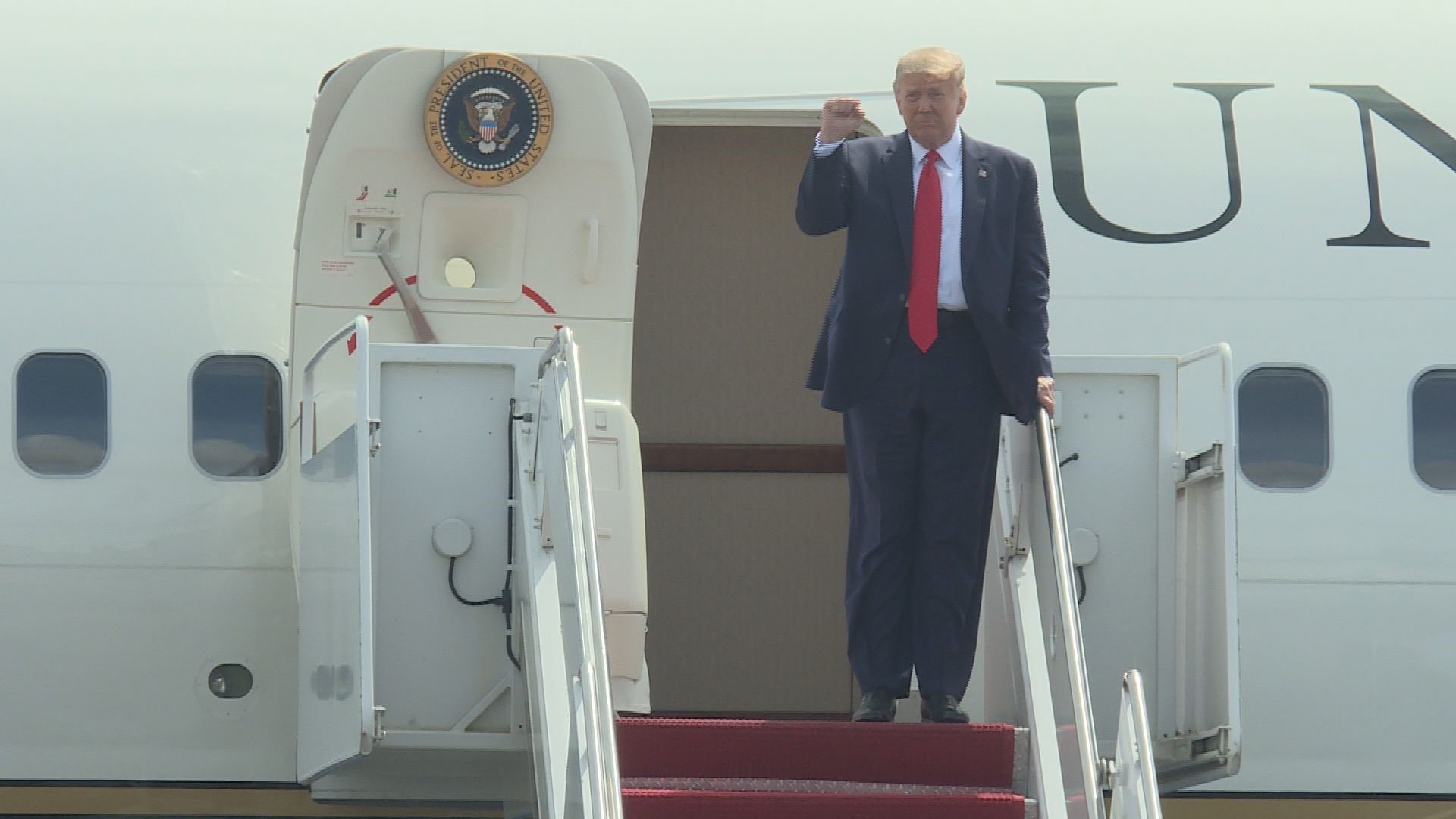 Trump will hold a campaign event starting at 7 p.m. at Gastonia Municipal Airport. Doors open to attendants starting at 4 p.m.

Tickets are required for the event and can be obtained on the president's campaign website.

There is a limit of two tickets per mobile phone number, and tickets are available on a first come, first serve basis, according to the campaign site. It was not immediately known how many total tickets were being made available to the public.

The president, who along with Vice President Mike Pence, are running for reelection against democratic nominees former Vice President Joe Biden and Senator Kamala Harris.

Trump has made airports a frequent location for campaign stops because of their outdoor settings during the coronavirus pandemic.

Trump appeared in Greenville, North Carolina Thursday night ahead of a primetime town hall on NBC.

On that same day, Harris was scheduled to hold a campaign event in Charlotte. That event became a virtual event after a campaign staffer tested positive for the coronavirus and Harris suspended her travel.

Biden is also expected to campaign again next week in North Carolina, which is considered a closely-watched swing state because its historical voting record shows it is a tightly contented state possible to win for either party. Biden will be in Durham on Sunday.