CHARLOTTE, N.C. — President Donald Trump will be hosting a campaign rally in Charlotte the night before the Super Tuesday primary in North Carolina.

Trump's presidential campaign announced the event Friday evening. It is scheduled for 7 p.m. on Monday, March 2 at Bojangles Coliseum.

The following day voters in 14 states, including North Carolina, will cast votes in the presidential primary.

President candidates are increasing their presence in Charlotte and across the Carolinas ahead of the primary election.

On Friday, Vermont Senator Bernie Sanders stopped in Charlotte along his campaign trail. 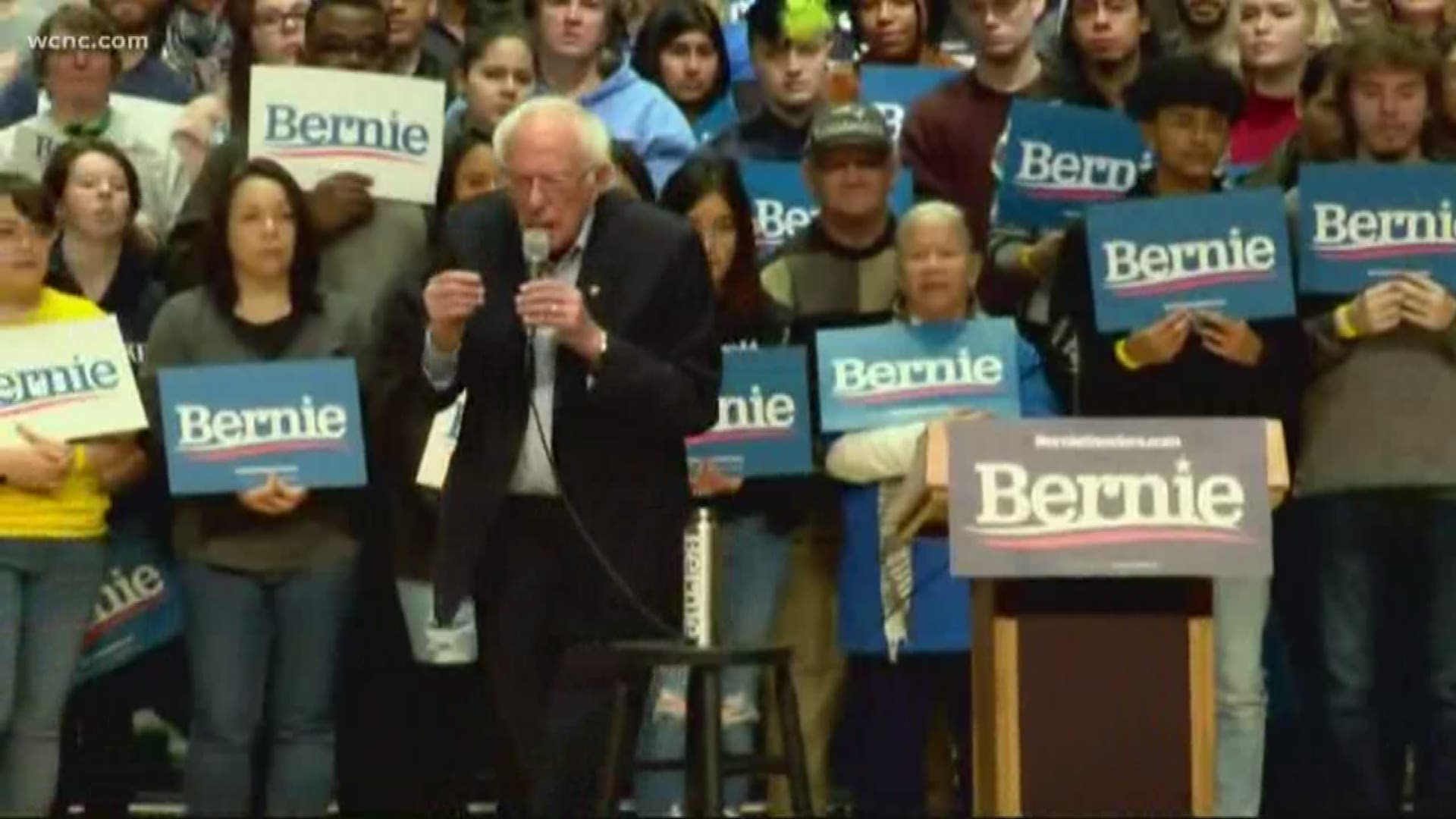 President Trump's campaign announcement Friday comes just a week after he visited Charlotte, where he spoke about housing opportunity zones.

During his appearance earlier this month, Trump said he would be back here often since North Carolina -- a battle ground state -- is crucial to the election.

Trump will return the night before Super Tuesday, where he will hold a rally at Bojangles Coliseum on Monday, March 2 at 7 p.m.

Tickets for the March 2 event at Bojangles Coliseum are free but are limited to two tickets per registrant. They can be reserved on the campaign's website.

Trump's last public rally in North Carolina was in September ahead of the special election for District 9, in which Trump and Vice President Mike Pence appeared in support of Dan Bishop.

Super Tuesday will be crucial for some candidates -- as a third of the delegates will be handed out nationwide.

South Carolina voters will be voting in a democratic primary on Saturday, February 29. There is no republican presidential primary in South Carolina this year.