Probation lifted for cheerleaders who posed with Trump 2020 banner

The punishment made national news and prompted dozens of people to hold a rally across the street from North Stanly High School. 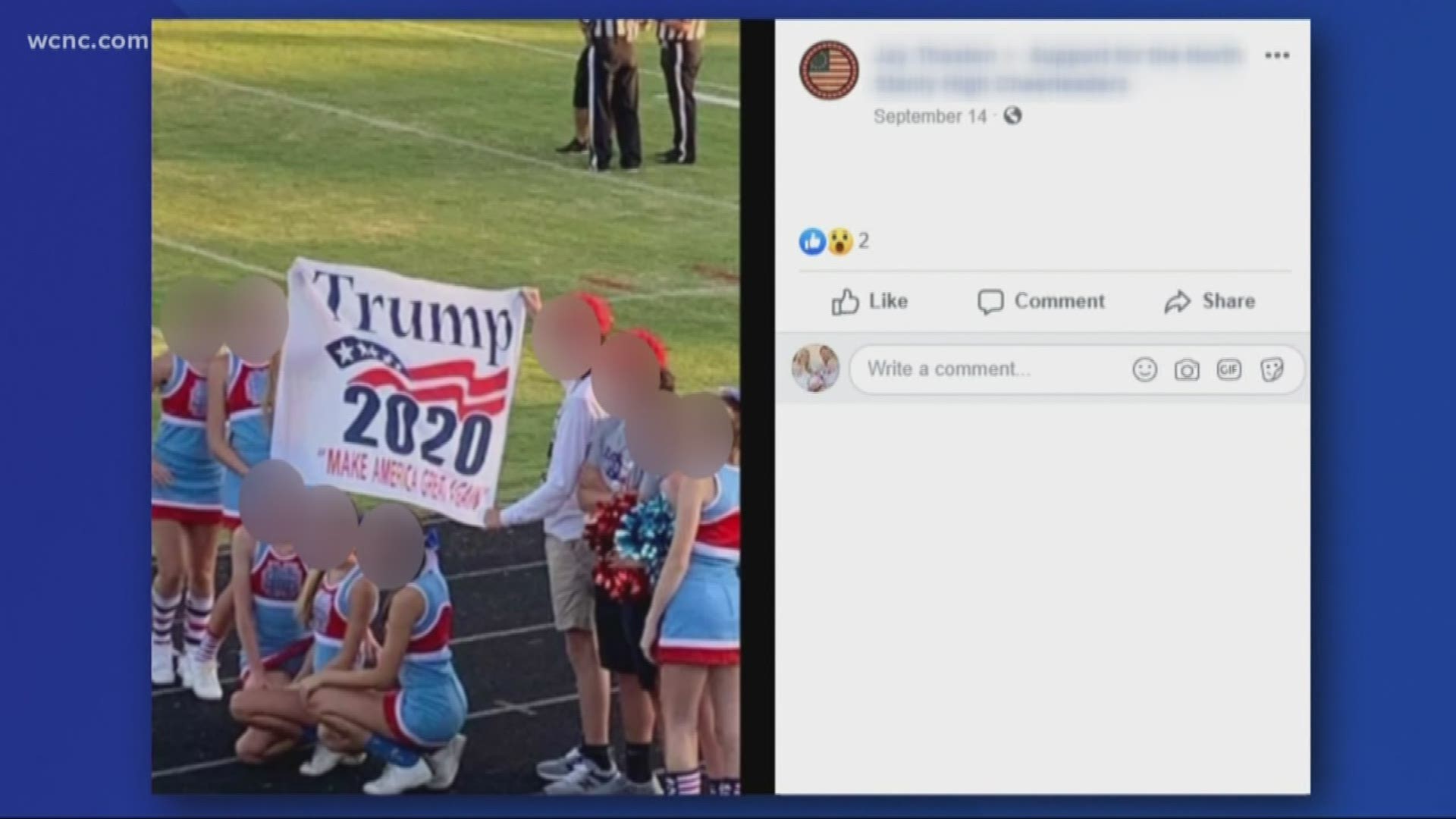 Probation was lifted Thursday night for the Stanly County cheerleaders who were photographed holding a banner for President Trump.

The punishment made national news and prompted dozens of people to hold a rally across the street from North Stanly High School.

A high school football game was canceled on September 20 ahead of that rally. The game was postponed until the next day.

The squad came under fire over a picture of them holding a Trump 2020 banner at a home game in August. They were placed on probation by the North Carolina High School Athletic Association (NCHSAA).

The school board said the probation was not meant to be a punishment but instead a teaching moment for these cheerleaders. However, that moment grew into a much larger heated discussion about student safety and freedom of speech.

RELATED: High school football game canceled ahead of rally in support of cheerleaders

The cheerleaders in the photo were facing a season long suspension for violating policy by what appeared to be an endorsement of a political campagain while in school uniform.

"This policy is in place to ensure the school system remains neutral on political issues and focuses on our students this policy does not prohibit students from speaking their mind."

But some in the community disagreed, saying it was a first amendment right violation. On Thursday night, a small group went before the school board.

"Standing out for those girls and their First Amendment rights isn't blowing anything out of proportion. If anything is exercising what makes this country the greatest country to live on this planet," said Jeremy Onitreb, who organized the rally.

The board responded saying the game was postponed due to safety. Several threats leading up to the game created concern.

In the end, the decision both sides agreed on was to lift the cheerleaders probation in the hopes of continuing the season trouble-free.

"Again, the focus of Friday night football games should be on our students – the players, cheerleaders, band members – the focus should not be on politics. For this reason, we are hopeful the situation will resolve, and our student-athletes can have a successful fall season and unite the Comet school spirit for the remainder of the year," the superintendent said.

The school board reiterated that, ultimately, the final decision for the cheerleading team's probation was in the hands of NCHSAA.

Woman applying for job shamed by company over bikini photo

One dead in south Charlotte homicide