The logo features the City of Charlotte's crown as well as the elephant that represents the Republican Party. 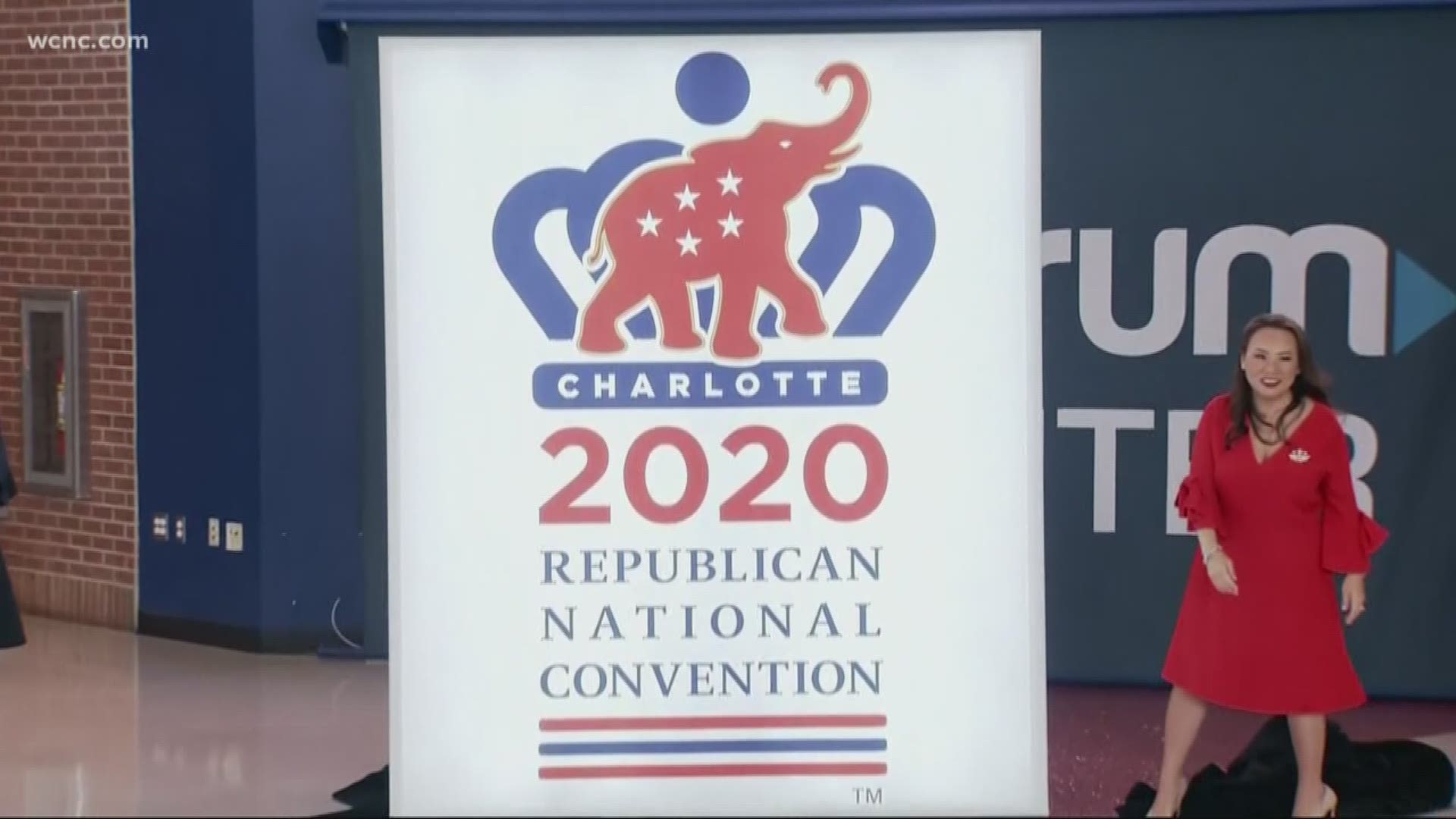 CHARLOTTE, N.C. — The Republican National Committee kicked off its annual summer meeting in uptown Charlotte Thursday, debuting the logo for the 2020 RNC.

The logo features the City of Charlotte's crown as well as the elephant that represents the Republican Party. And if you live in Charlotte, you'll want to get used to seeing it.

Next year's convention is about a year away. It will be held at Spectrum Center from August 24 through August 27, 2020.

"The entire leadership of the city of Charlotte and the people of Charlotte, who have been so welcoming, the business community, this really is going to be an opportunity to shine a light on this beautiful, great city that is growing at such a rapid pace," McDaniel said.

The chair of the local convention host committee, John Lassiter, said the unveiling was also the start of the search for volunteers to work the convention.

“We will need, as we call them, rock star ambassadors, about 8,000 people to help welcome all the visitors coming to our city for about a two-week stretch," Lassiter said.

The logo unveiling comes just a week after the Charlotte City Council voted to condemn the president's tweet that called on four female members of Congress to go back to the countries from which they came.

When reporters tried to question Republican officials about that, they declined to comment and left the room.

Democratic Mayor Vi Lyles skipped the event as did every member of the city council.

The GOP's annual meeting will continue through Friday.