Sen. Richard Burr was one of seven Republicans who crossed party lines to vote in favor of convicting former President Donald Trump for inciting a riot on Jan. 6. 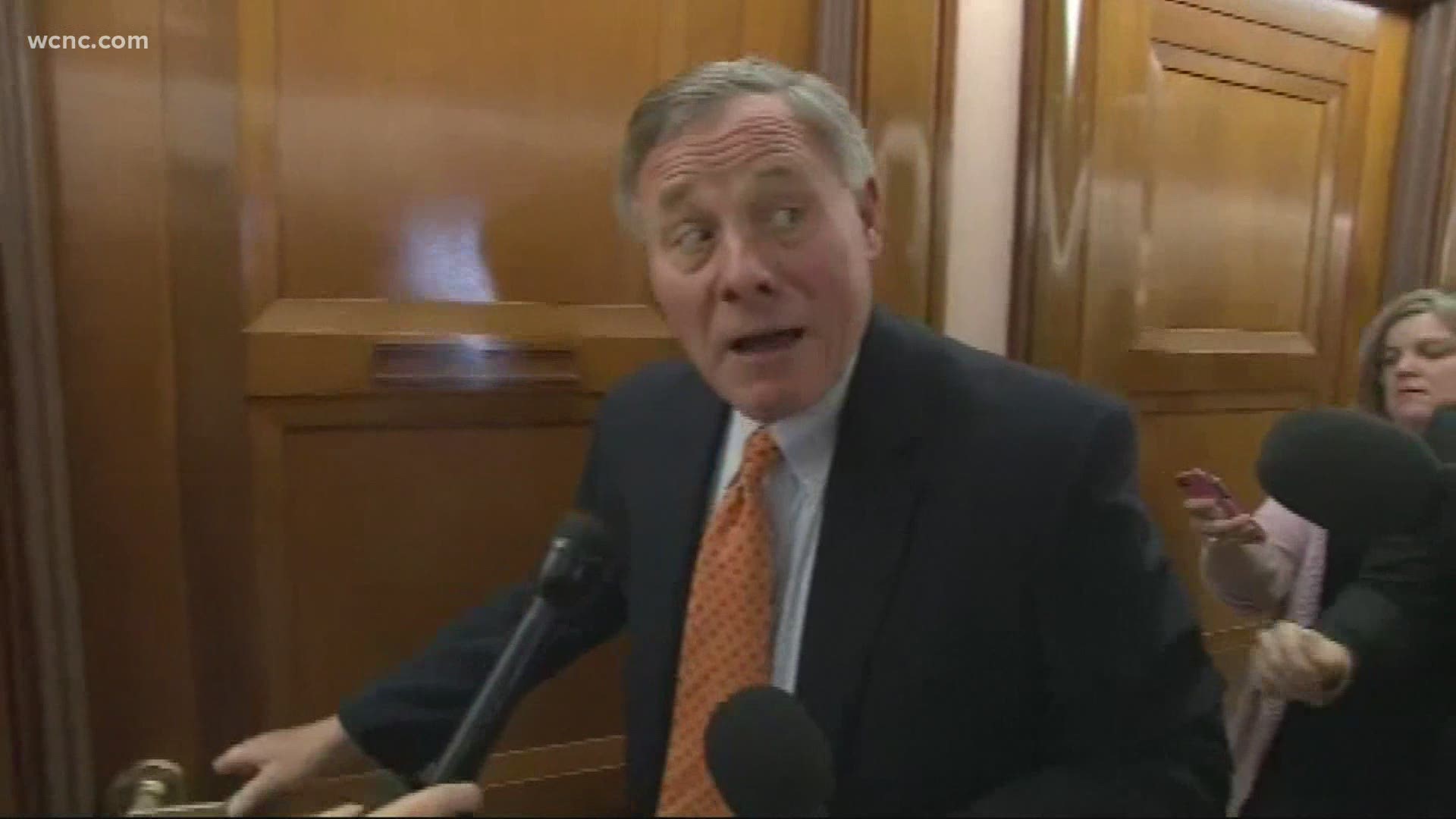 CHARLOTTE, N.C. — North Carolina Republicans voted to censure Sen. Richard Burr after his vote to convict former President Donald Trump for inciting a riot at the U.S. Capitol on Jan. 6.

According to the United States Senate, a censure is simply a formal statement of disapproval. It does not remove a senator from office, but "can have a powerful psychological effect on a member and his/her relationships in the Senate."

Burr was one of seven Republicans who voted in favor of convicting Trump in his second impeachment trial. South Carolina Sens. Lindsey Graham and Tim Scott, both Republicans, voted against conviction, as did North Carolina Sen. Thom Tillis.

The final vote was 57-43, far short of the two-thirds requirement for conviction.

After the vote, Burr issued a lengthy statement, saying "the evidence is clear" that Trump bears responsibility for what happened at the Capitol. Burr had previously said the impeachment proceeding was unconstitutional.

"The President promoted unfounded conspiracy theories to cast doubt on the integrity of a free and fair election because he did not like the results," Burr wrote. "The President directed his supporters to go to the Capitol to disrupt the lawful proceedings required by the Constitution. When the crowd became violent, the President used his office to first inflame the situation instead of immediately calling for an end to the assault."

The NCGOP also released a short statement following the vote:

"North Carolina Republicans sent Senator Burr to the United States Senate to uphold the Constitution and his vote today to convict in a trial that he declared unconstitutional is shocking and disappointing."

Burr will retire from the Senate after his term expires in 2022. He has held one of North Carolina's two seats since 2005.

Bryan Anderson with the Associated Press contributed to this report.

RELATED: 'The President has betrayed our country' | North Carolina lawmakers calling for Trump to resign or be removed