There were times this week when the message of peace might have felt lost in the crowd. 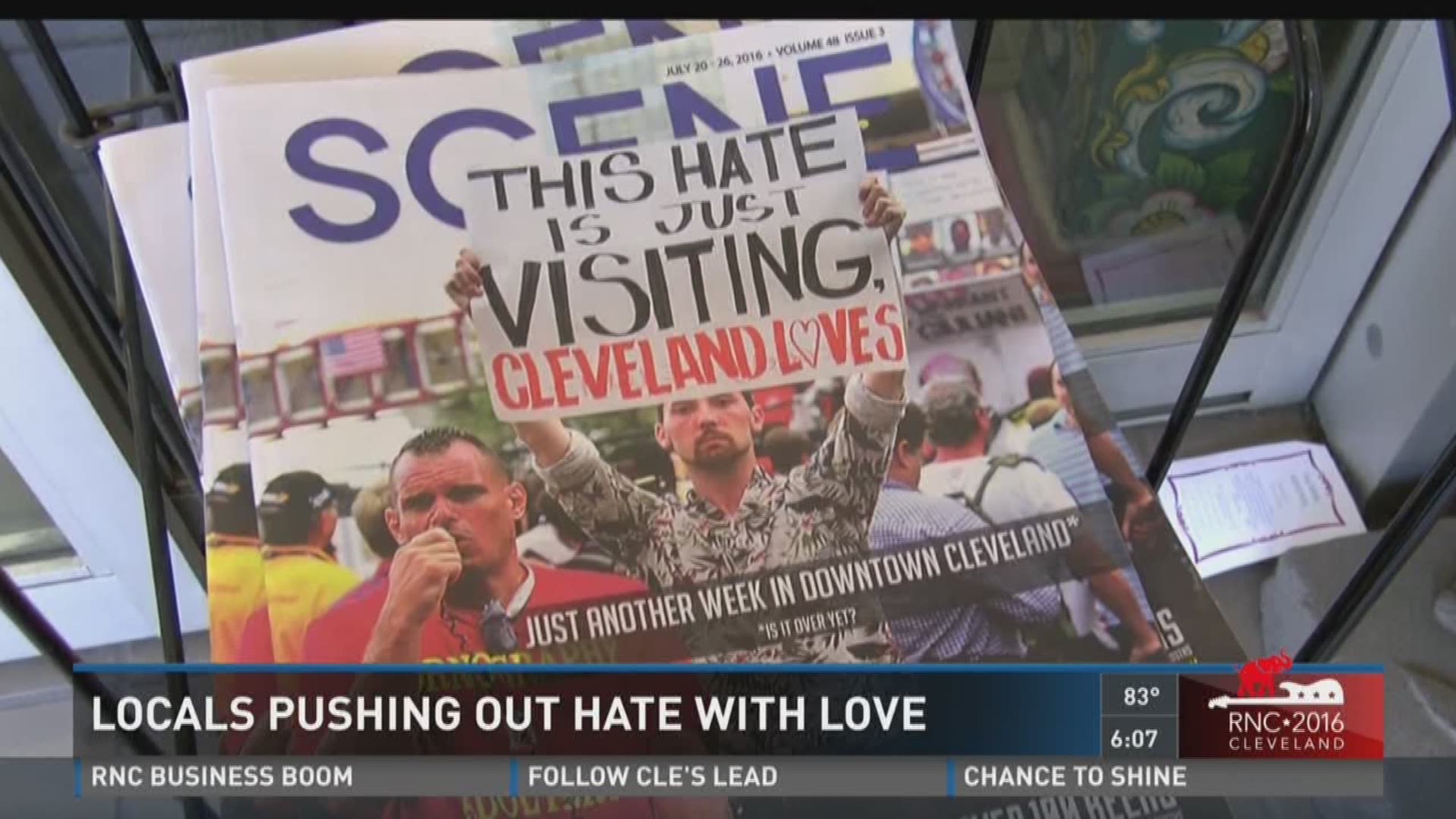 When Randy Hoover, an architect, saw what he felt was a negative message coming from protestors at the Republican National Convention this week, he decided to make a sign.

“This hate is just VISITING," it read. "Cleveland Loves."

A photographer by the name or Emanuel Wallace soon took a picture of him holding the sign on Public Square.

The image spread on social media. On Wednesday, it made the cover of Scene Magazine.

“It feels really good that people resonate, you know, people understand that it’s a positive message,” Hoover said. “It’s not anti-RNC…just remember that there’s positivity and we don’t have to hate.”

There were times this week when the message of peace might have felt lost in the crowd.

But it was never completely gone, as Adi Gevins, a visitor from California, noticed.

“There’s been much more positive, even with demonstrations, than negatives,” Gevins said. “Who would expect that, right?”

Then there was David Sylvester, who on Wednesday stood outside Noodlecat near Public Square.

When he lost his friend on 9/11, he decided to bike the world, giving hugs.

He has never stopped.

“I just want everyone to take it down a notch,” Sylvester said. “It’s a beautiful world.”

Sylvester hugged everyone from delegates to members of the media, losing count of the number.

It was all proof of the good that can come from even the smallest effort to get along.