Brett Kavanaugh, 53, has been serving on the U.S. Court of Appeals for the District of Columbia Circuit. 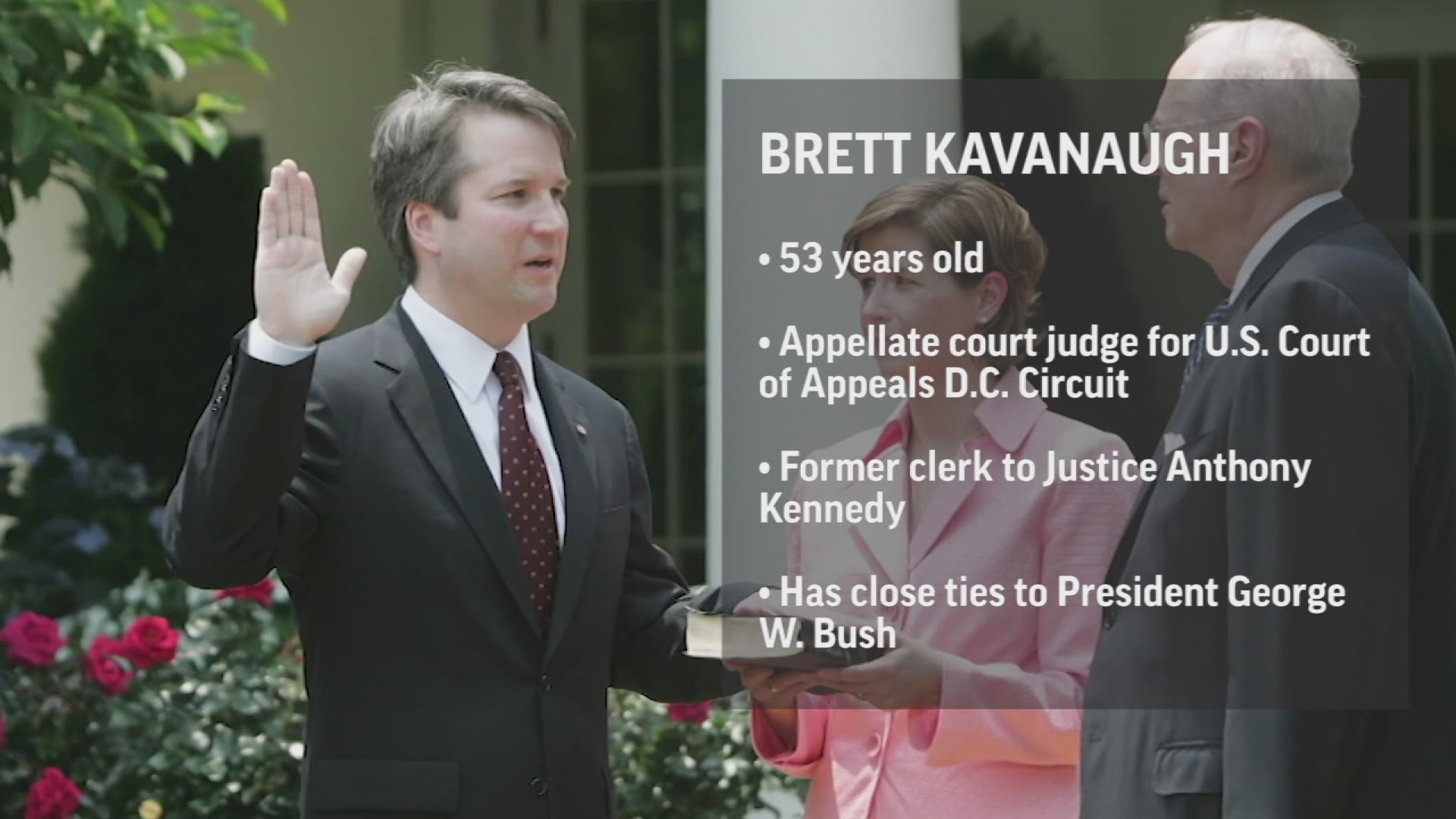 Kavanaugh, 53, has been serving on the U.S. Court of Appeals for the District of Columbia Circuit. He also served as a law clerk to Kennedy alongside Associate Justice Neil Gorsuch, who was named to the high court in 2017.

Senator Richard Burr (R-NC), released the following statement on President Trump’s nomination of Judge Brett M. Kavanaugh of the U.S. Court of Appeals for the D.C. Circuit to fill the vacancy on the Supreme Court of the United States:

“In nominating Brett Kavanaugh to the Supreme Court, President Trump has put forth a highly qualified and respected candidate committed to the rule of law. Judge Kavanaugh’s credentials are impeccable, and as a judge for the U.S. Court of Appeals for the D.C. Circuit, he has considered many of the most pressing legal questions of our time. The Senate’s Constitutional charge is to provide its advice and consent to the President on his nominee to fill this vacancy. I am confident we will fulfill that responsibility fairly and promptly to ensure a complete and qualified Supreme Court.”

Senator Thom Tillis (R-NC), a member of the Senate Judiciary Committee, issued the following statement following President Trump’s nomination of Brett Kavanaugh as Associate Justice on the Supreme Court of the United States:

“Judge Brett Kavanaugh has impeccable credentials, serving on the U.S. Court of Appeals for the last decade and earning a reputation for being a mainstream and fair-minded jurist. Judge Kavanaugh undoubtedly has the right qualifications to serve as an associate justice on the Supreme Court, and I look forward to meeting with him in the coming weeks in advance of his confirmation hearing.

“I hope all my colleagues, regardless of their party affiliation, will ignore the pressure from partisan special interest groups by fairly and thoughtfully assessing Judge Kavanaugh based on his outstanding credentials and qualifications.”

“Judge Kavanaugh should not be allowed anywhere near our nation’s highest bench. Let’s be clear: a vote for Kavanaugh would be a vote to rip health care from American families and deny women their constitutional right to make their own health care decisions.

“Majorities of Americans support Roe v. Wade and want to protect the Affordable Care Act. So President Trump and Judge Kavanaugh don’t just stand in opposition to democratic principles, they stand against the American people. If confirmed, Kavanaugh would threaten women’s rights, workers’ rights, civil rights, and voting rights for generations to come. Immigrants, LGBTQ Americans, people of color, and people with disabilities would be pushed further to the margins. And wealthy corporations and polluters would gain yet another powerful protector.

“Our Supreme Court must always protect people’s constitutional rights and serve as a check on the powers of the executive branch. By picking Kavanaugh, who has expressed his disturbing views of presidential power, Trump is attempting to turn our highest judicial institution into a rubber stamp for right-wing Republican ideology. Kavanaugh is unacceptable, and any senator who cares about the rights and dignity of the American people should oppose his confirmation.

“We blocked health care repeal last year because Americans came together, spoke out, and held Republican senators accountable. The only way to stop this nomination now is to fight again. Call your senator and vote in November. Democrats must make our voices heard at the ballot box for the millions of American families who are counting on us.”.

“Nominees to our nation’s Supreme Court should exemplify a steadfast pursuit of justice with a legal record that reflects fairness, independence and an impartial deference to the U.S. Constitution," Moore said Monday evening.

"I strongly support Judge Brett Kavanaugh’s nomination to the U.S. Supreme Court because he embodies all of those qualities and more – a truly outstanding selection by President Trump to faithfully serve the American people on our country’s most powerful bench.”

Kavanaugh was nominated to replace Justice Anthony Kennedy, who was appointed by President Ronald Reagan and served three decades on the U.S. Supreme Court.

“During the 2016 presidential election, millions of Americans went to the polls to cast their vote as the future of the Supreme Court weighed in the balance. The fear among conservatives was that activist judges could continue to be added to the high court. That changed with the election of Donald Trump.

“The selection of Brett Kavanaugh shows once again that the president is keeping his promise to put a serious constitutionalist on the court, beginning with Neil Gorsuch. A graduate of Yale Law School, Judge Kavanaugh has served on the D.C. Circuit Court since 2006 and his record suggests he will apply the law as written, not as he wished it would be.

“The late Justice Scalia put it perfectly back in 2006 when he said that ‘the Constitution is not a living organism, it is a legal document. It says something and doesn’t say other things.’

“I look forward to his swift confirmation by my colleagues in the Senate.”