A coalition of Democrats reintroduced a resolution Thursday that could eliminate up to $50,000 of student loan debt for Americans. 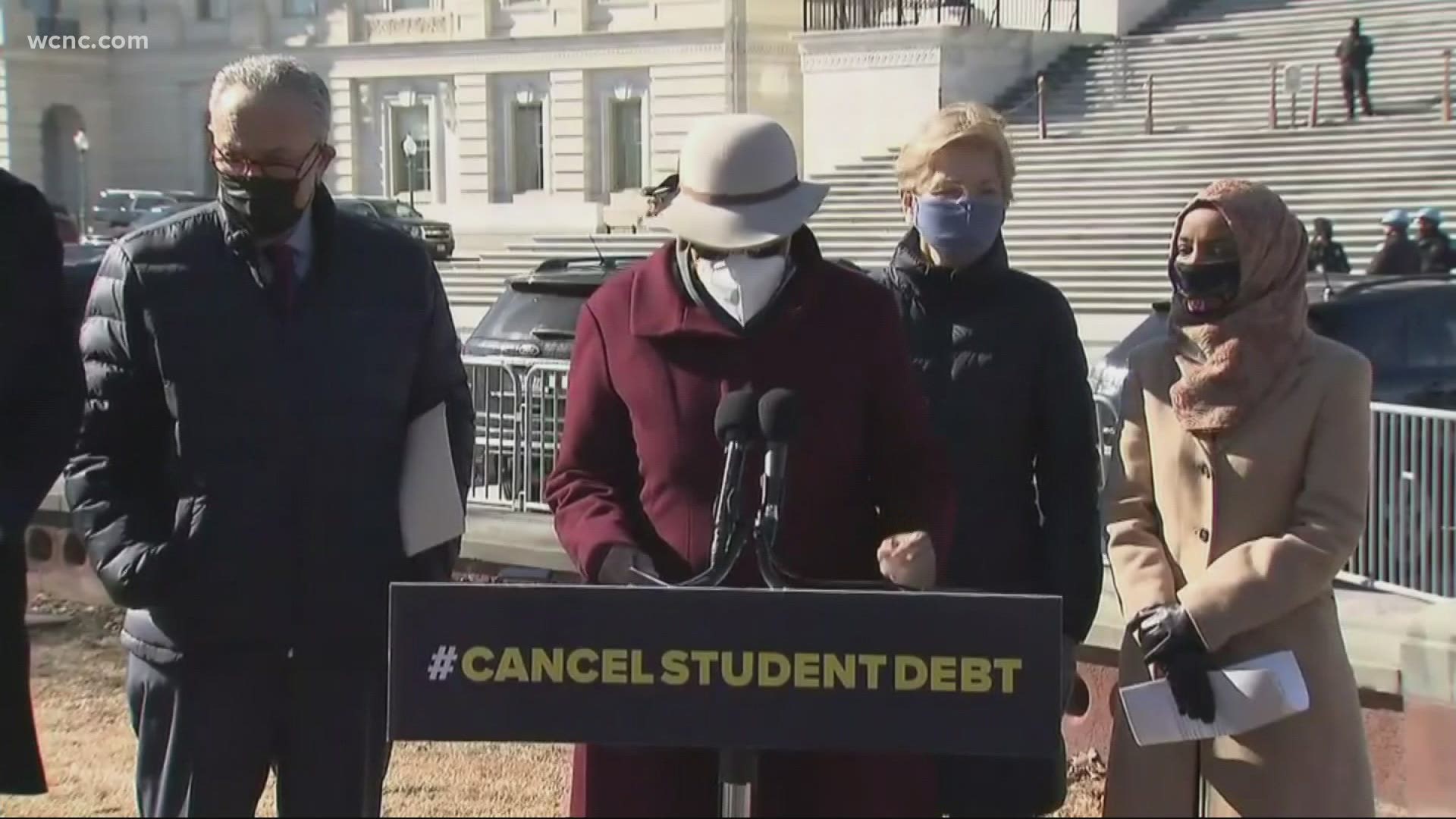 Adams said this is an opportunity for President Joe Biden's administration to help millions of Americans transform their lives.

"These loans are holding American families back from buying houses, cars and opening small businesses," Adams said. "Student loan debt prevents young families from building and creating wealth that they can pass down to their children and grandchildren. It's up to us to rebuild the bridge to the middle class for millions of Americans. Let's start by canceling the debt."

According to EducationData.org, nearly $1.7 trillion is what the US currently owes to student debt. Of that $1.7 trillion, $45.9 billion is North Carolina's share. South Carolina borrowers are responsible for $26.3 billion in student loans.

To help with the overwhelming debt, President Biden wants to make public college free for families who earn less than $125,000 per year. He also supports delaying loan payments without interest for low-income Americans and total loan forgiveness under certain circumstances. The president proposed forgiving $10,000 of all federal student loans, which would wipe out debt held by nearly 15 million Americans.

RELATED: What does student loan forgiveness look like under the Biden administration?

11.7%: The percentage of North Carolinians who owe student loans

RELATED: Student loan forgiveness scams on the rise on the heels of Biden's relief proposals

13.3%: The percentage of South Carolinians who owe student loans