Texas lawmakers have a busy agenda for the special session, but some question the necessity

The Texas Legislature’s special session started Thursday morning and could last for up to 30 days. 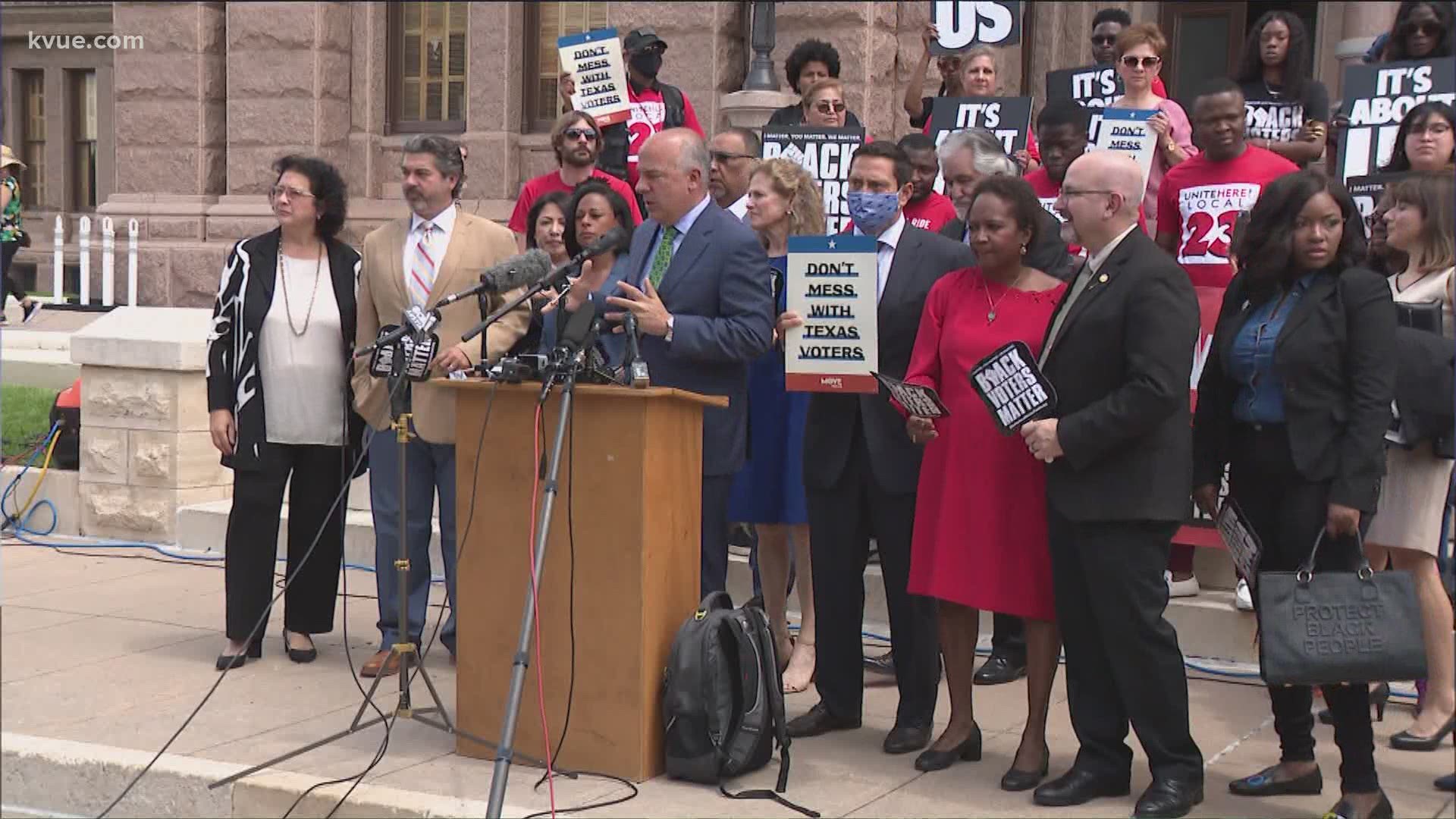 The first special session includes several topics that came up during the regular session that lawmakers didn’t reach an agreement on.

"The 87th Legislative Session was a monumental success for the people of Texas, but we have unfinished business to ensure that Texas remains the most exceptional state in America," Abbott said in a statement.

Democrats made it clear they are not fans of most the topics on the special session call.

But tensions ran on both sides. On Thursday, lawmakers took a few swipes at each other on the House floor.

The first lawmaker to take the back mic after Speaker of the House Dade Phelan gaveled lawmakers in was Arlington Republican Rep. Tony Tinderholt.

Tinderholt asked if there was a way to move forward legislation he filed to fine lawmakers who break quorum, which was directed at the Democrats who broke quorum on the last day to pass bills during the regular session to kill the election reform bill.

Then Grand Prairie Democrat Rep. Chris Turner went to the back mic to essentially ask if the legislature can defund the governor's office during the special session. This came after Governor Abbott vetoed funding for the entire legislature in response to democrats killing the elections bill.

"No surprise, the solutions to real problems Texans face taking a backseat to divisive political issues, especially after the governor's unconstitutional veto of Article 10 of the budget," said Turner. "That's the part of the budget that funds the legislative branch of government."

Lawmakers filed more than 150 bills on Wednesday, dozens of them were referred to committees on Thursday. The first public hearings will happen Saturday.

However, lawmakers appear to be torn on whether the special session is even necessary.

"Some of the things that didn't pass during the session we knew were coming on there," State Sen. Kelly Hancock (R-North Richland Hills) said. "It seems like a very balanced call and a little bit of something for everybody, it seems, on the agenda."

But all Democrats aren’t on the same page.

"It seems to be … a buckshot approach to a lot of culture war issues, which are not what regular everyday Texans are really needing out of their state government right now," State Sen. Sarah Eckhardt (D-Austin) said.

"[The governor has] given us an opportunity to kind of fix what he sees are problematic items within each bill as to where they can become law," Phelan said. "We left with some unfinished business. And that's why we're back here today. But that's not uncommon to come back and finish some priorities that members of the House and Senate left undone."

House Democrats also don’t all agree. State Rep. Celia Israel (D-Austin) said she’s disappointed with the agenda items and being called back to work on the issues.

"We just got out of the worst legislative session any of us have ever known where we had many of these issues already debated and addressed. And he's giving them life again in a special session," Israel said. "Now we're being asked to come back as if these were emergency items. And we all know these are not emergency items. These are political emergencies for a governor who's covering his right flank."

Funding for the legislative branch – Article X – will be an important issue for lawmakers to address. Abbott vetoed it after House Democrats staged a walkout at the end of the regular session, killing the election reform bill. If the issue is not fixed, more than 2,000 legislative staffers would go without their paychecks and benefits when the new state budget takes effect on Sept. 1.

Another big issue – the Texas power grid – was notably left off the agenda for the special session call, even though Abbott sent a letter to the Public Utility Commission (PUC) earlier this week, directing them to take immediate action to improve electric reliability in the Lone Star State.

The special session could last for up to 30 days, and the governor can add more issues for lawmakers to take up at any time.

Another special session is expected this fall when lawmakers will have to redraw the state’s legislative districts and weigh in on how Texas will spend federal COVID-19 relief money.

The Backstory: A family's quest for justice after their son was murdered by a pack of men

One dead after shooting in Cedar Park