The latest in the race for North Carolina's seat in the U.S. senate 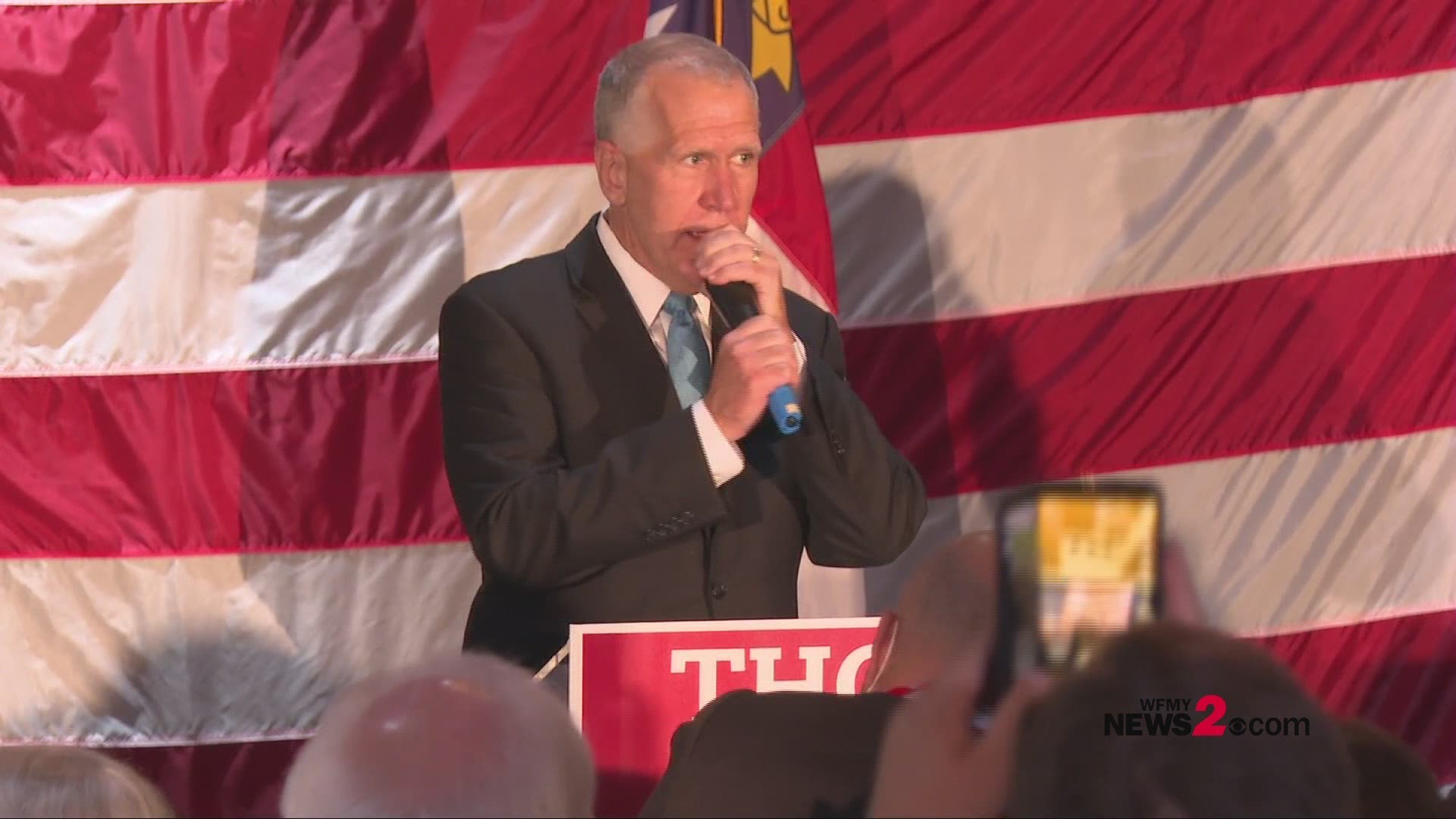 A little more than 100,000 votes separate the two candidates, according to the NC Board of Elections website. It's important to keep in mind that 117,000 absentee ballots are outstanding in North Carolina, and can be counted until Nov. 12 if postmarked on Election Day.

Tillis said he's confident that he has a margin of victory.

It's a battleground race that's been roiled with twists and turns, with Tillis testing positive for coronavirus earlier in October after attending a White House event, and Cunningham's alleged affair with an Army veteran's wife.

Our Alma McCarty and Jess Winters are following the candidates throughout the night.

Click here to see the candidates' stances on key issues.

Tillis assumed his seat on the U.S. Senate representing North Carolina in January 2015 and is up for reelection. Prior to serving in U.S. Congress, Tillis worked in management and consulting.

Cunningham grew up in Lexington and served on the North Carolina State Senate from January 2001 to January 2003. He joined the U.S. Army Reserve following the September 11 attacks.

Here are some of the platforms Cunningham is running on: