The day is a mobilization effort on behalf of a slate of policy proposals favored by Democrats. 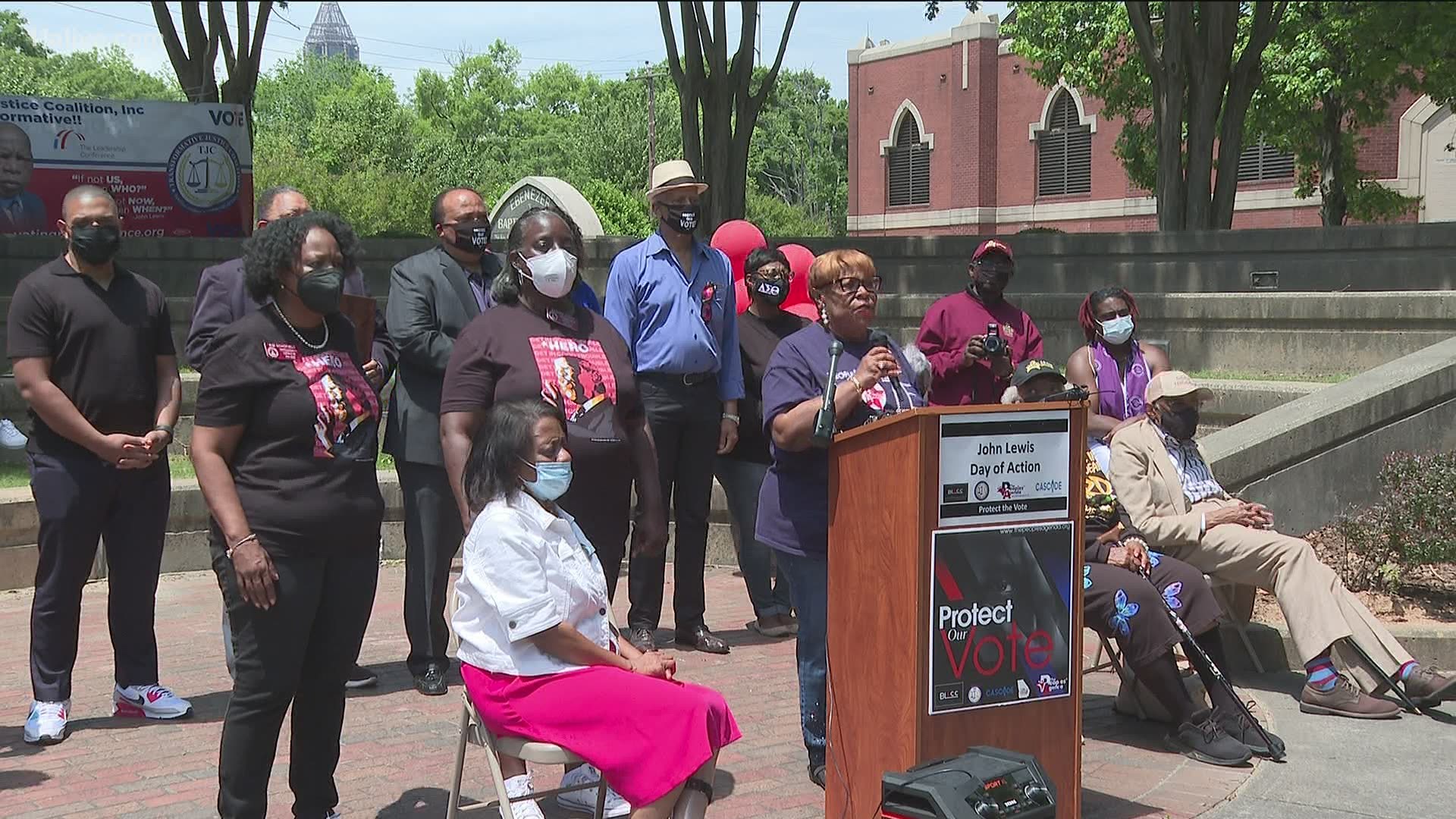 ATLANTA — Around the country and in Atlanta today, voting rights groups and activists are christening the day the National John Lewis Voting Rights Advancement Action Day.

They are using the day as a mobilization effort on behalf of a number of Democratic-favored policy proposals, including a voting bill named for the late Civil Rights icon Lewis - the John Lewis Voting Rights Advancement Act.

Other priorities include D.C. statehood and ending the filibuster.

The voting legislation named for the late Atlanta Rep. Lewis seeks to re-establish election law oversight provided for in the original Voting Rights Act of 1965 of many Southern states - by applying a blanket formula to all states - that was revoked by the Supreme Court with its Shelby v. Holder decision in 2013.

It has gained more momentum with the recent passage of election laws - including one in Georgia - that Democrats have charged are aimed at suppressing the vote.

What #GoodTrouble are you getting into today to eradicate injustice and create the #BelovedCommunity?

In Atlanta, a "votercade" was being held at 2 p.m. Dr. Bernice King, the CEO of the King Center and Martin Luther King Jr.'s daughter, her brother Martin King III, Jason Carter, the grandson of former President Jimmy Carter and a Georgia politician, Southern Christian Leadership Conference President Charles Steele, and Cheryl Lowery, the daughter of Rev. Joseph Lowery, were all set to be on hand.

That event was to begin at the King Center on Auburn Avenue.

"Here in the cradle of the Civil Rights Movement we are determined to send a loud message that, as our founder, Dr. Joseph Lowery said, 'We're not going back. We've marched too hard, died too young and bleed too profusely to allow anyone to turn back the hands of time on our journey to justice' -- even in a global pandemic," said Helen Butler, the executive director of the group behind the push, Peoples' Agenda.