Trump, Jr., girlfriend come to Monroe to stump for Bishop in 9th District

"It’s a winning track record that we need to perpetuate. It’s why we need more people who are willing to fight; it’s why we need you out there fighting for Dan." 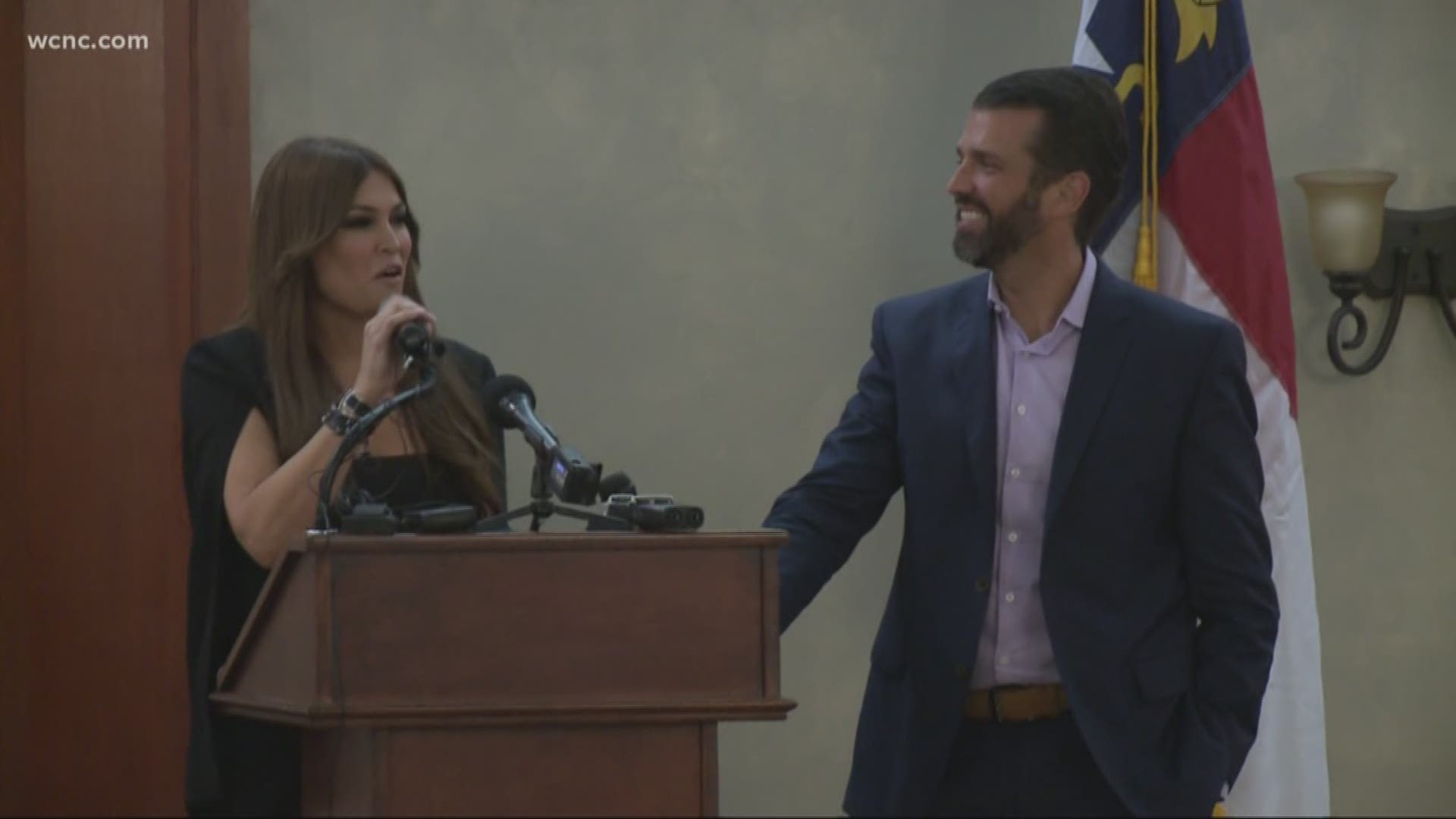 The couple took the stage at a fundraising luncheon held for Republican Dan Bishop at the Rolling Hills Country Club.

Bishop is running for against Democrat Dan McCready in the 9th District race.

“It’s a winning track record that we need to perpetuate. It’s why we need more people who are willing to fight; it’s why we need you out there fighting for Dan,” said Trump Jr.

When it comes to campaign fundraising, Bishop has, up until this point, raised far less than McCready.

During the luncheon, Bishop told voters he believes there is a sharp contrast between him and McCready.

Trump Jr. and Guilfoyle, a senior adviser to the Trump 2020 Presidential Campaign, also used their stop in Monroe to rally support for the president.

President Trump is also supporting Bishop, tweeting he would be visiting North Carolina to campaign for him. The rally is scheduled for Monday, September 9, in Fayetteville.

The 9th District election is Tuesday, September 10. The district stretches from south Charlotte to parts of Fayetteville.

McCready appeared to have lost the first election last November to then-GOP candidate Mark Harris, but those results were thrown out after it was revealed there had been absentee voter fraud.

When a new election was called, Harris dropped out, and Bishop won the primary to take on McCready.

HPU Student 'Had a Plan and Timeline' to Shoot up School, Police Documents Reveal