The Vice President campaigned in Greensboro, but will also make stops in Wilmington and Greenville, South Carolina. 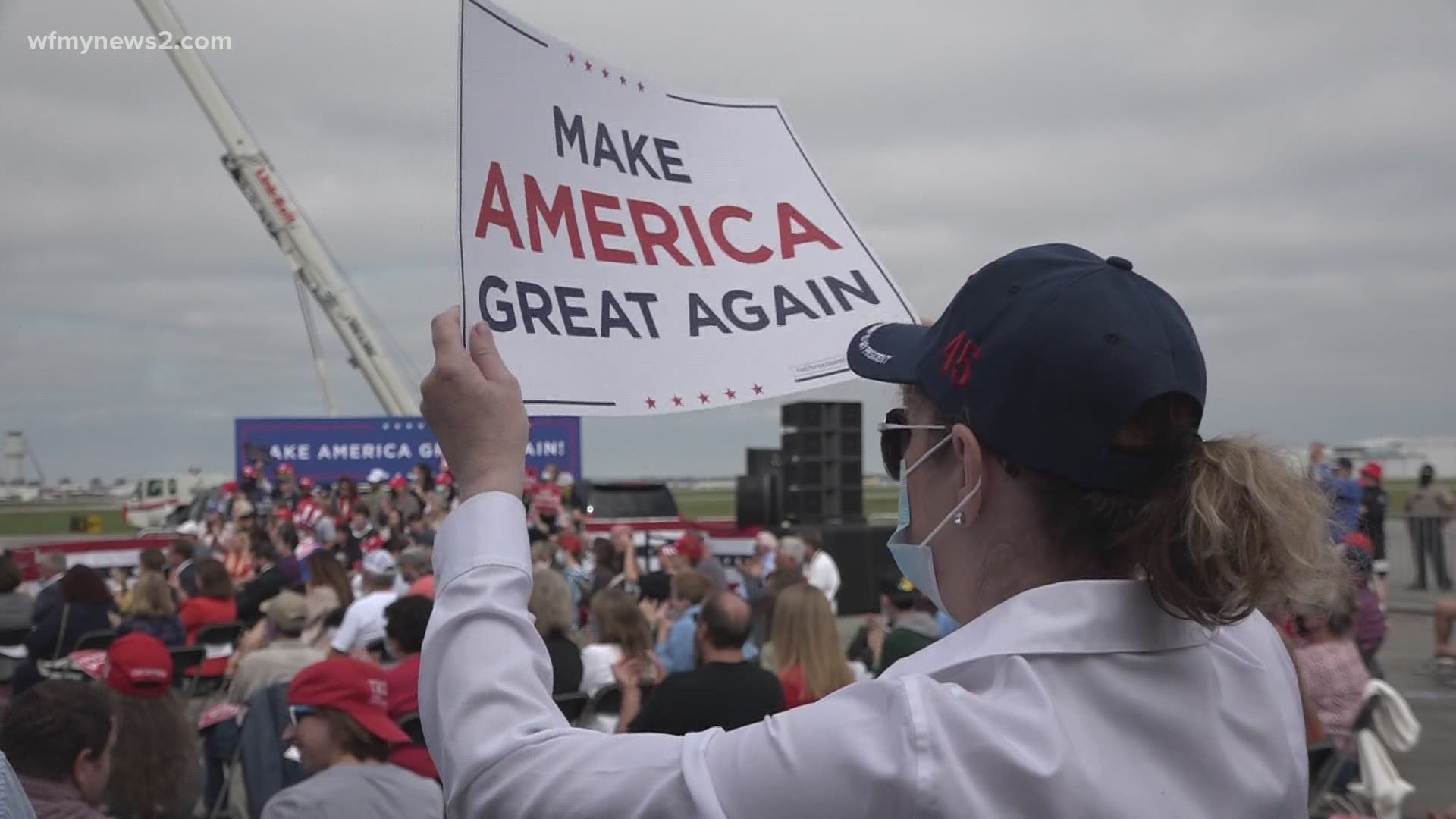 Over the weekend, members of the Vice President's team, including his Chief of Staff, tested positive for COVID-19. The White House reported Pence tested negative and argues that despite his exposure, Pence's continued campaigning is essential work.

The campaign advised attendees of the rallies of the risk of exposure. They also got temperature checks and were instructed to wear masks.

The rally in Greenville, South Carolina is being held at Donaldson Airport.

The event will be at the Wilmington International Airport.

Visit the campaign’s website for more information about the upcoming rallies in Greensboro, Wilmington, and Greenville, SC.