The lawsuit names Florida's secretary of state, its attorney general and every county elections supervisor as defendants. A separate federal suit was also filed. 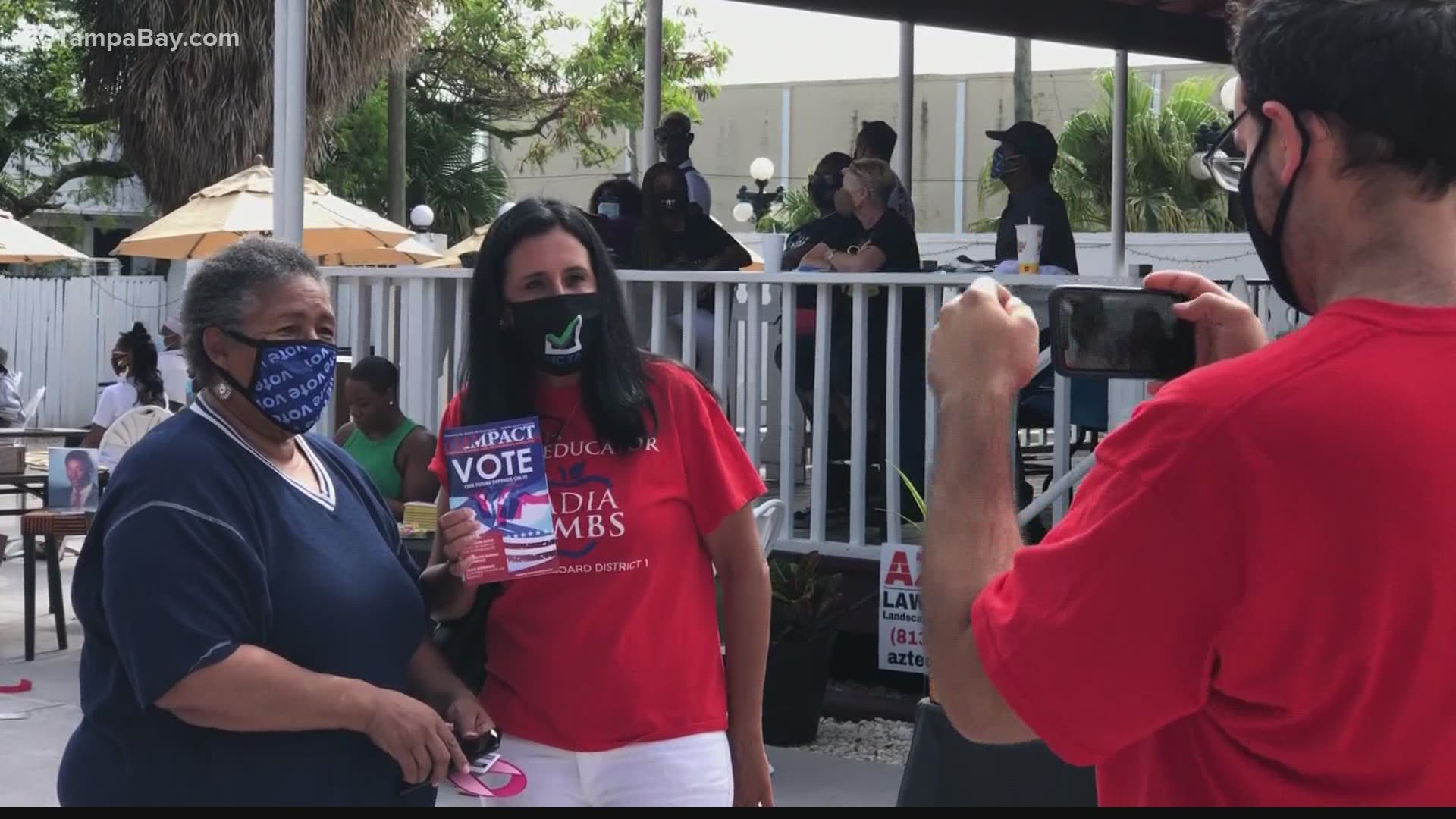 The organizations were joined by several individual voters in their legal challenge of what they describe as "Florida's voter suppression bill."

"He just signed in a bill for restrictions...to deal with a problem that doesn't exist," said Lakeland NAACP President Terry Coney.

Gov. DeSantis signed the legislation in an exclusive Fox News appearance from Florida, at an event that was closed to local reporters.

While speaking on "Fox & Friends," Florida's governor reiterated that he believes the law is necessary to beef up enforcement of voter ID rules, ban ballot harvesting and prohibit the mass-mailing of ballots.

The new law restricts drop box use to a county's early voting hours. People will no longer be allowed to drop off ballots 24/7. It also states that somebody has to be standing there in-person to monitor each drop box location.

“I’m not a fan of drop boxes at all – to be honest with you – but the Legislature wanted to keep them. But they need to be monitored. You can't just leave these boxes out where there’s no supervision,” DeSantis told Fox News.

Under the new law, voters who wish to vote by mail must submit their requests each election cycle instead of every two cycles.

The legislation also expands the no-solicitation zone around polling places to 150 feet. In other words, nobody within that distance can try to solicit votes or distribute items like water.

"There is an unprecedented potential partisan intrusion into elections and it creates a situation where we as election administrators fear we might not be able to certify the election in legally-mandated deadlines," said Dustin Chase, Pinellas County Deputy Supervisor of Elections.

Democratic lawmakers, who have been critical of SB 90, have argued voting changes might make it more difficult for seniors, people of color, and individuals with disabilities to vote.

“SB 90 represents a direct and swift backlash to Black voters’ historic turnout during the 2020 election season,” Zachery Morris, LDF assistant counsel, wrote in an announcement of the separate federal lawsuit against Secretary Lee. “The law’s suppressive and discriminatory provisions make it clear that the Florida Legislature’s goal is to erect additional hurdles to inhibit Florida voters, especially disabled voters, Black voters, and Latino voters, from accessing the ballot box. These efforts are shameful and they are not new. We cannot allow elected officials to suppress votes under the guise of election integrity.”

Under SB 90, there will be a new uniform statewide voter registration application that will highlight whether an applicant has been convicted of a felony and has had their voting rights restored. There will also be signature verification requirements for voters, meaning they must have a "wet signature" that they physically signed on paper on file.

"These laws and the way they are tightening go directly at these communities of color," said political expert Lars Hafner. "There are about 38 states that have Republican governors and legislatures who are trying to tighten up voting laws in their states. It's a national Republican movement, and it continues to go with the Trump agenda that the vote was not legal in this last election, that there's a lot of corruption."

Senators who have pushed back against the bill questioned why changes needed to be made if DeSantis previously touted the security of the state's last election. Earlier this year, Gov. Ron DeSantis called Florida's elections the "most transparent and efficient election anywhere in the country."

“The League of Women Voters of Florida has fought SB 90 since its introduction, and we’re continuing our fight now,” Patricia Brigham, president of the League of Women Voters of Florida, wrote in a statement announcing the 67-county lawsuit. “The legislation has a deliberate and disproportionate impact on elderly voters, voters with disabilities, students and communities of color. It’s a despicable attempt by a one party ruled legislature to choose who can vote in our state and who cannot. It’s undemocratic, unconstitutional, and un-American.”

The League says its lawsuit challenges specific parts of the new law that critics believe will suppress voter turnout.

"The lawsuit challenges provisions in the bill that impose restrictions on vote-by-mail drop boxes, the effective ban on organizations and volunteers from helping voters return their vote-by-mail ballots, and the requirements that force voters to request a vote-by-mail ballot more frequently and ban any non-poll worker from giving food or drink, including water, to voters waiting in line," the League wrote.

The complaint says that the bill seeks to “solve problems that do not exist” and “caters to a dangerous lie about the 2020 election.”

The provisions of SB 90, the complaint adds, “target almost every aspect of the voting process” and do so “without a legitimate purpose, much less a compelling state interest that can justify their restrictions.”

In the lawsuit, The League of Women Voters of Florida, Black Voters Matter and the Florida Alliance For Retired Americans call for the court to declare that the voting restrictions bill violates the right to vote protected by the First and Fourteenth Amendments to the U.S. Constitution. As a result, the organizations hope to prevent the drop-box restrictions, vote-by-mail repeat request requirement, volunteer assistance ban, and line warming bans from being enforced.

The lawsuit names Florida's secretary of state, attorney general and every county elections supervisor as defendants. You can read the full legal filing here.

You can read the separate federal lawsuit from the NAACP Legal Defense and Educational Fund here.

In a statement made to 10 Tampa Bay, a spokesperson with Gov. DeSantis' office said the following:

"These lawsuits are absolutely meritless and grossly mischaracterize the legislation. With the Governor’s signing of SB 90, Florida will remain a leader on election security, ballot integrity, and the protection of every vote. Florida’s new election reforms make it easy to legally vote but hard to cheat. We look forward to defeating these baseless claims in court."