Protect yourself from burglaries after the holidays

Law enforcement agencies report seeing a spike in burglaries right after the holidays. 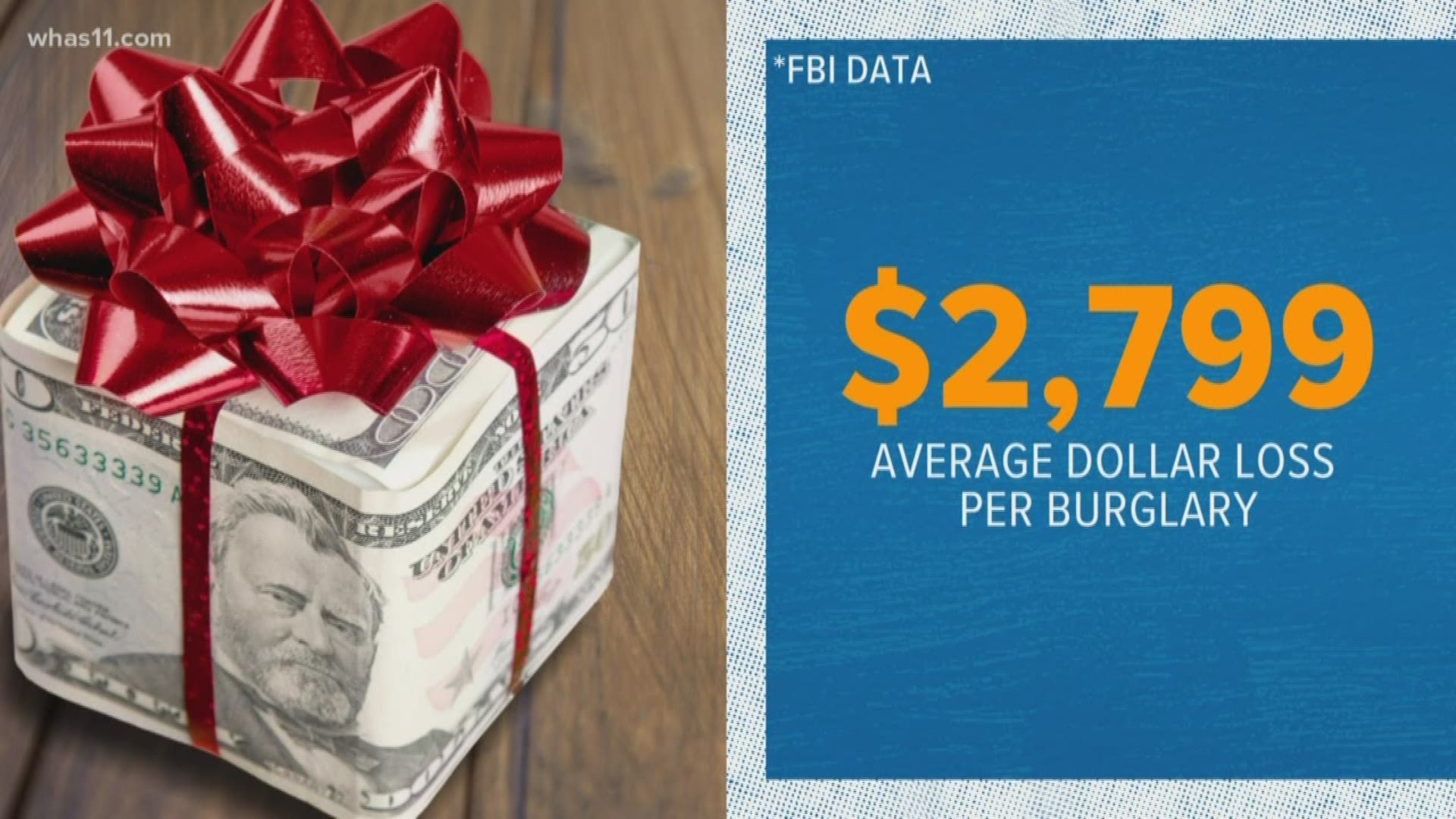 LOUISVILLE, Ky. — Though most of us see the holidays as a time for family and giving, robbers see it as a chance to cash in. Law enforcement agencies report seeing a spike in burglaries right after the holidays.

Here are a few things to keep in mind to protect yourself from these crimes:

In those 2018 burglaries, the average dollar amount lost per incident was just under $2,800. Big ticket items like jewelry, iPads and TVs are favorites for burglars to steal.

Though reports of burglaries do spike after the holidays, burglaries have been on a downward trend across the country over the last five years.

RELATED | How to recycle your Christmas tree in Kentucky

RELATED | Get a cash gift for Christmas? Here are 6 smart things to do with it