The boy told investigators he was joking after he vowed online to bring his father's "M15" to Seabreeze High School in Daytona Beach and kill multiple people. 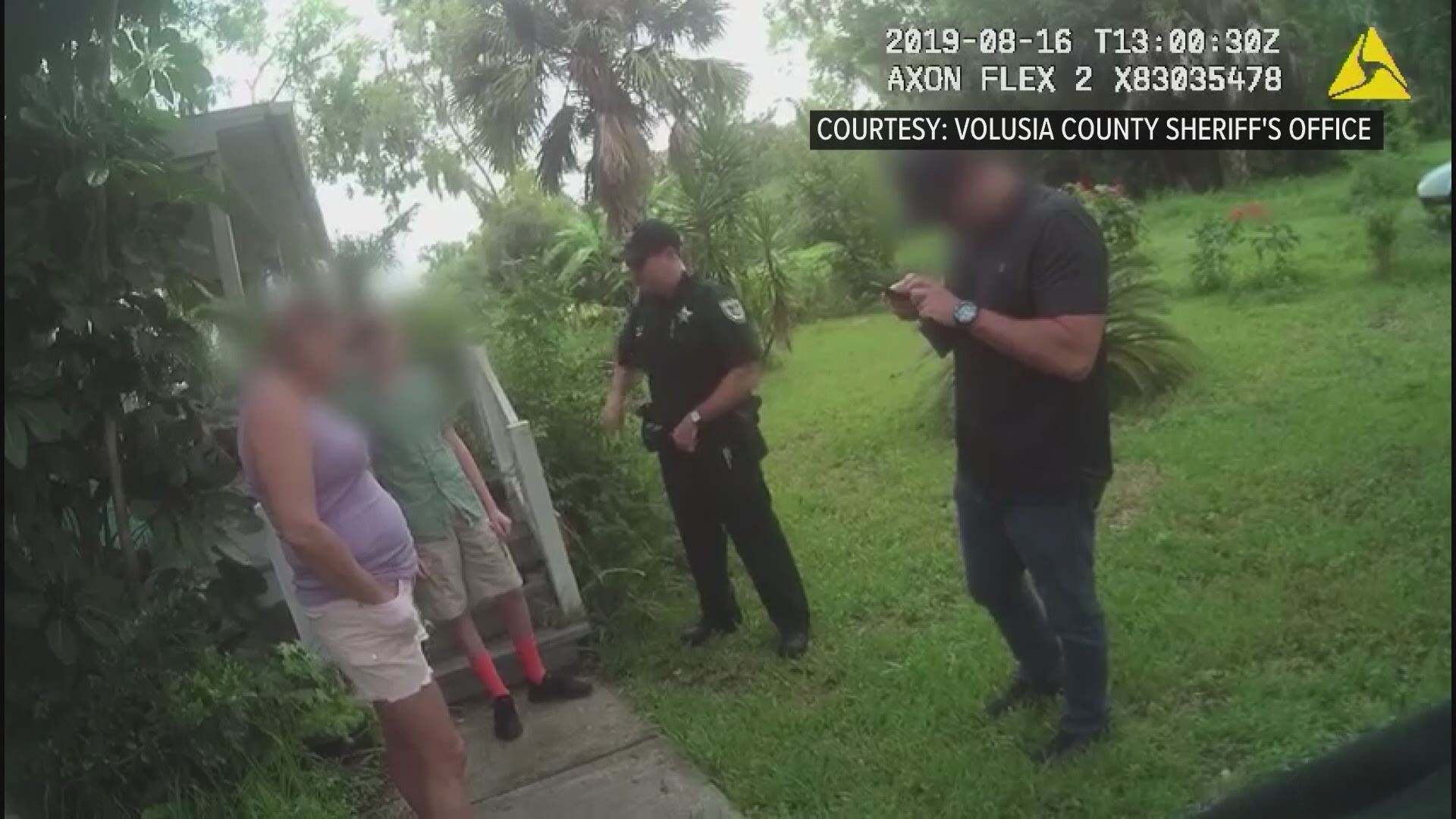 DAYTONA BEACH, Fla. — Authorities have posted a video of their arrest of a 15-year-old Florida boy who allegedly posted an online threat to kill at least seven people at a high school.

Volusia County Sheriff's officials interviewed the boy and his mother outside their home near Daytona Beach last Friday, and posted a video of their discussion to underline the consequences of making school threats.

The boy, whose name is not being used by The Associated Press, told investigators he was joking when he posted the message on Discord using the fake name Dalton Barnhart. In it, he vowed to bring his father's "M15" to Seabreeze High School in Daytona Beach and "kill seven people at a minimum."

The FBI alerted Volusia County authorities on Thursday, and deputies arrested the teen the next morning.

"Joke or not, these types of comments are felonies under the law," the sheriff's office wrote in its Facebook post.

In the video, the deputy tells the mother the boy had made a written threat to carry out a mass shooting.

"But he's just a little kid playing a video game," she protests. "These kids say stuff like that all the time. It's a joke to them. It's a game. And it's so wrong. I hate that game."

"There is a Florida state statute that you cannot make a written threat to cause a mass shooting," he adds, explaining that her son would be charged with either a second- or third-degree felony.

"He's just a little boy," the mother says, getting emotional. "He didn't do anything wrong. Yes, he's 15, but he's still a little boy. He's not one of those crazy people out there doing stuff ... he shouldn't be treated as though he's a terrorist or something because he made a silly statement on a stupid video game."

The deputy asks if there's a gun in the home. She says yes.

"Ok, he has hands and feet and he can grab your gun and go do something," the deputy says.

The mother says her son wouldn't do such a thing.

"We don't know that," the deputy says.

"This is the world we live in, where people think it's funny to say I'm going to go kill people at school," the deputy adds, before taking the boy to juvenile detention. "He made the charge, he's going to face the consequences."