The bill would ban schools from taking actions against Tennessee students who cannot pay for their lunch or those with outstanding lunch debt. 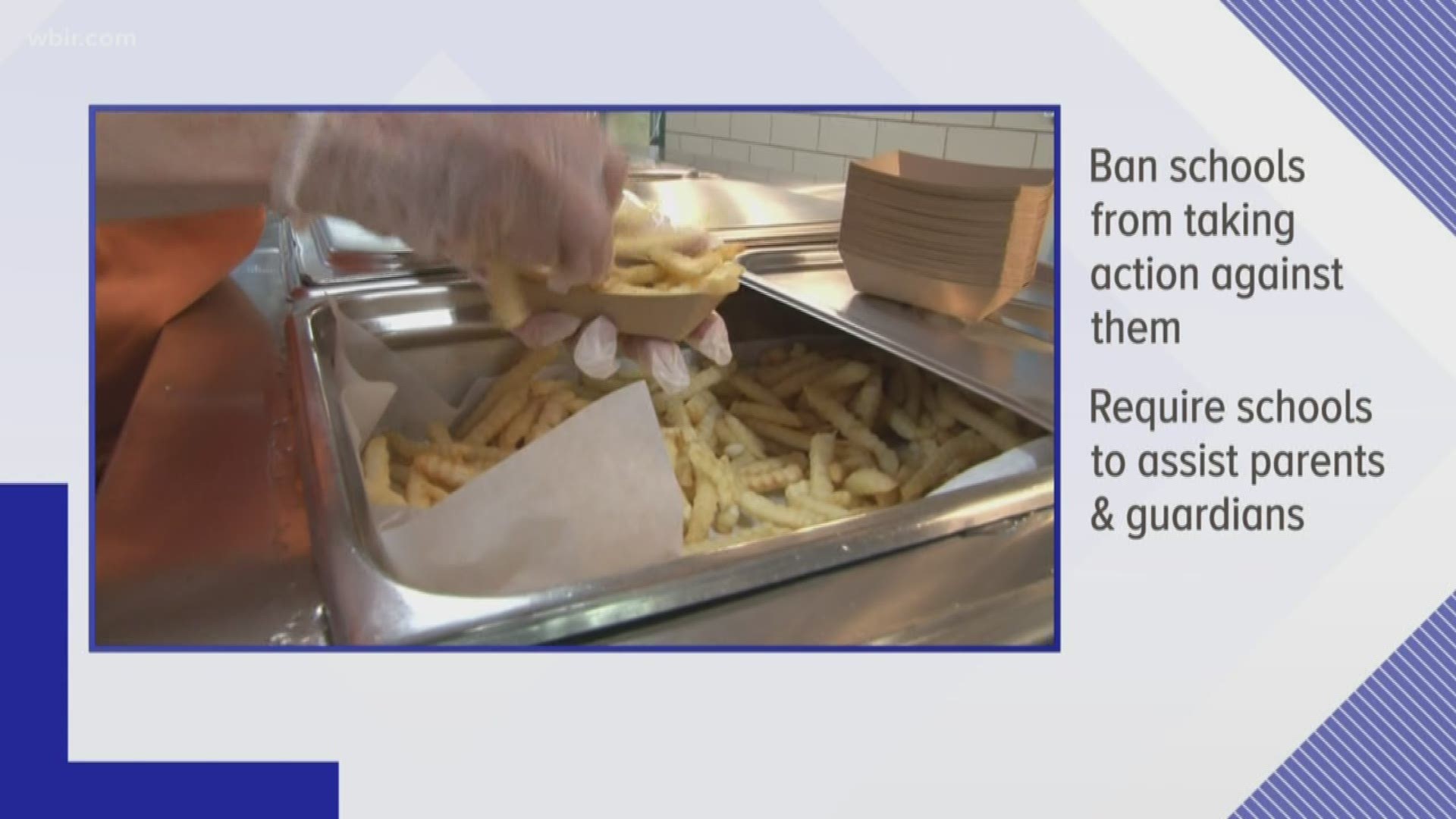 A Nashville lawmaker has introduced a bill that says it would prevent schools from 'lunch-shaming' students unable to afford school meals.

Stipulations include schools being unable to make a student throw away any meal after it has been served because of their inability to pay. It also says schools cannot publicly identify or stigmatize students who cannot pay or those who have accumulated a meal debt -- including offering alternative meals.

Instead, the bill would require schools to assist parents and guardians with obtaining free or reduced meals for their children, and work to offer any other assistance available.

Similar bills have been filed in previous legislative sessions, such as 2019's "Tennessee Hunger-Free Students Act," which failed in the House K-12 Subcommittee of Education.