These Veterans Still Serve Their Country, Fellow Military Heroes Through Their Work

For many of the employees at IFB Solutions in Winston-Salem, their vision involves giving back to fellow military heroes. 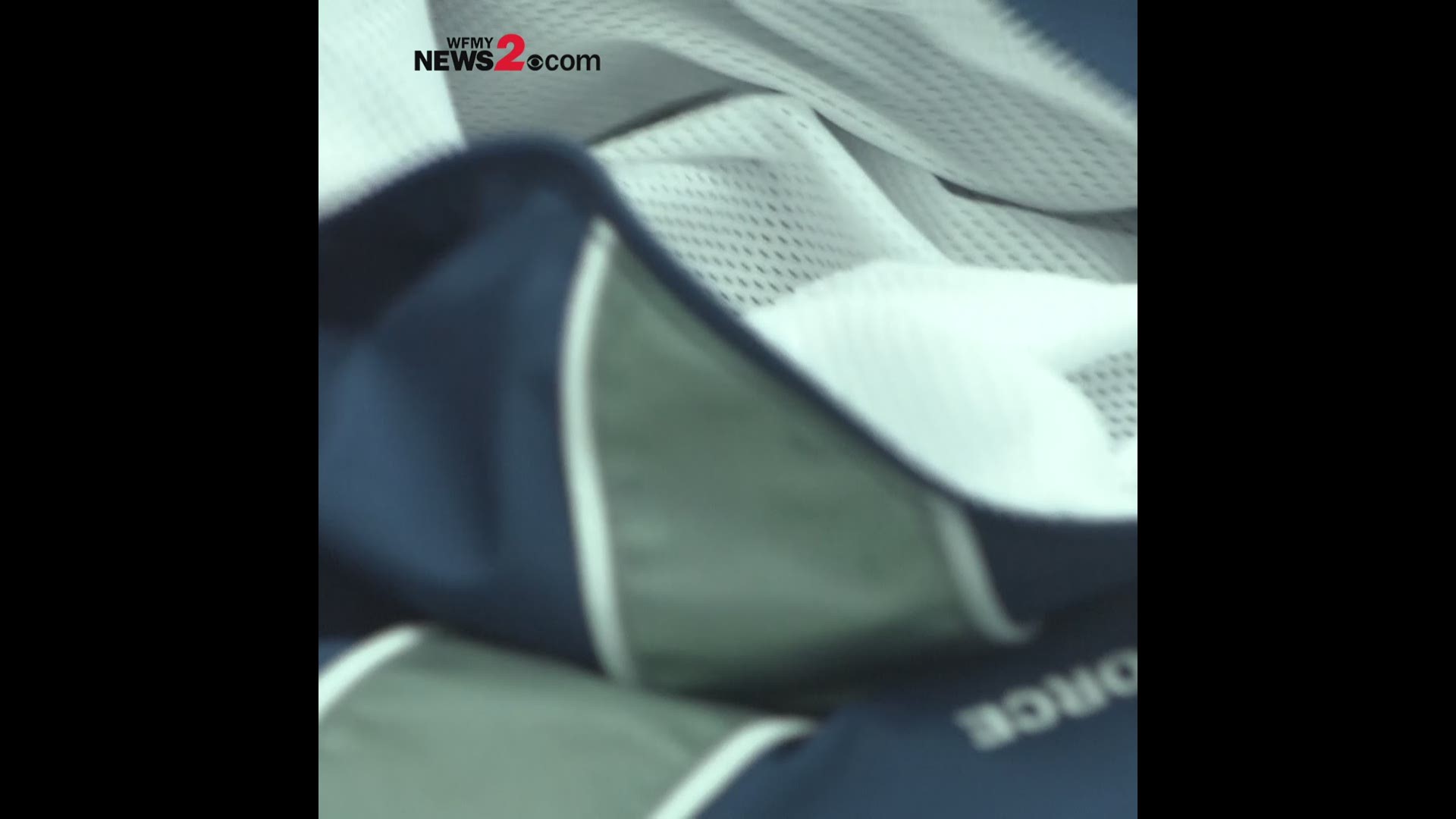 WINSTON-SALEM, N.C. (WFMY) – “A vision that goes beyond physical sight.”

That’s the first line on IFB Solutions’ ‘About’ page.

And for many of their employees, that vision involves giving back to fellow military heroes.

Take Scott Smith, for example, a visually impaired Navy veteran, that now works in the optical department at the company, manufacturing prescription lenses that go to military veterans.

“I’d seen what their goals were in life for the company, for the blind, for the disabled and for the veterans,” Smith said. “You’re paying it forward: I’m a veteran and making eyeglasses for the VA.”

And even some of his own friends.

“I had a friend in Anderson, South Carolina, here I’m from, and we made a pair of glasses for him and I wrote a little note,” Smith mentioned.

Smith has optical neuropathy, and thought he would never be able to work again when he became visually impaired.

“It’s not a hard job, but it gives me purpose in life,” he said.

His coworker Ava says working for veterans has been the most rewarding thing she’s ever done.

“In one way we’re giving back, I’m also ensuring they’re getting a good product,” she said. “To get one that leaves out of here, it is good, we’ve done the best we can, and our servicemen and women, they deserve that.”

Ava is a quality control inspector for military apparel.

She was an Army drill sergeant from 1997 to 1988 and completed two tours in Germany, then went into the workforce.

After being laid-off, Ava ended up homeless.

During her time in a shelter, she received assistance to enter a program for veterans at Forsyth Technical Community College.

With the skills she learned, she was called to the job at IFB Solutions.

Today, she says she is grateful for the second chance she got through her job at IFB solutions.

And Rick Gaefe, would agree.

“We served our country when we were in the military and now that we’re no longer in the military because of our eye conditions, then we’re serving our military men and women,” Gaefe said.

Gaefe was an Army sergeant from 1972 to 1975, and started to lose his sight in 1977 and is now completely blind due to ischemic optic myopathy.

Like Smith, Gaefe thought his blindness would limit him from doing something meaningful with his life.

“I had a job up in Cincinnati, but I didn’t feel like I was fulfilled,” Gaefe shared.

That meaning, he found assembling mole vests, or soldier’s briefcases.

“It’s just so awesome staying in the loop and keep giving back to the military.

“I love doing stuff that I know they can benefit from and that they’re going to be safer because of it,” Gaefe said.