The storm was like many that have rolled through Lexington. James Noonan and Meghan Robeson were not too worried but that all changed. 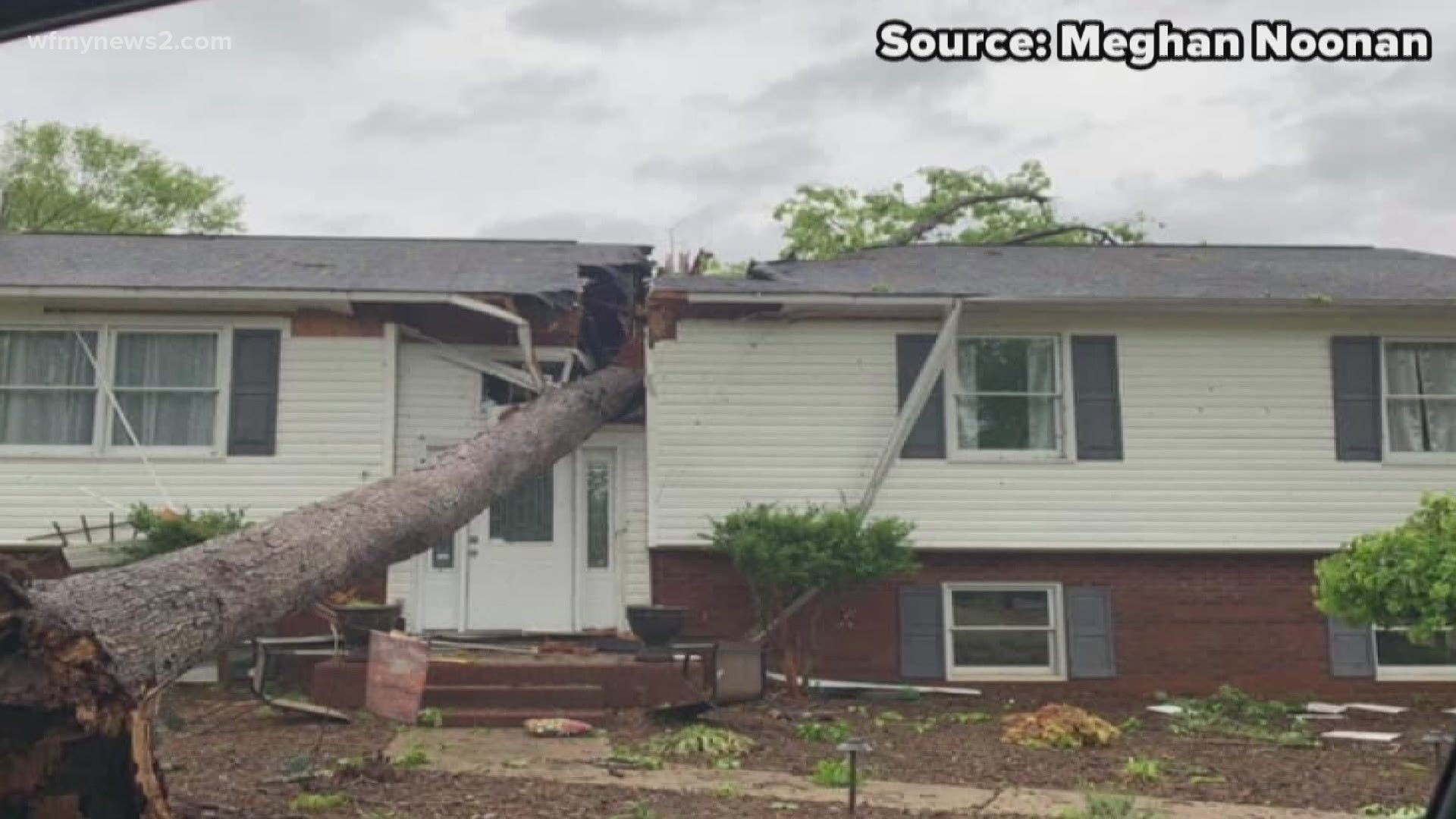 LEXINGTON, N.C. — There is a magical feeling you get when things come together. When all the hard work and planning are finally over, and you get to sit back and enjoy the outcome. After several months of remodeling their home, James Noonan and Meghan Robeson were able to enjoy that feeling.

The home truly was a dream home and now the couple was able to sit back and enjoy what they had been working so hard for all this time. The remodel was finished around November of last year just in time for the holidays.

“It was everything we wanted,” Robeson said.

The couple had planned on this being their forever home and spent a good chunk of change to fix it up exactly how they wanted. They redid the kitchen and living room and a few other rooms as well.

In early April as is often the norm in North Carolina a storm rolled through the area. Noonan and Robeson went to sleep as the rain and wind were rolling through. It was around 5 a.m. when the storm seemed to intensify.

The next sound they would hear was a thunderous crash. One of the giant trees in their front yard fell right on top of the house. The tree came through the roof and landed about six inches from the foot of their bed.

“It sounded like a Mack truck ran into our house,” Noonan said.

The damage was extensive and within minutes much of the home was soaked with water from the rain.

“A whole section of our roof in our master bedroom came down,” Noonan said.

Credit: Meghan Noonan
Meghan Noonan shared this photo of her home after the storms in Lexington.

The couple reached out to their insurance company and within a few days, an adjuster was on sight surveying the damage. An engineer was later sent to the home to review the structural integrity of the home.

Reports by both would need to be submitted before the claim could be processed. A couple of weeks would soon become a few and then a month. Noonan and Robeson would call for an update but would not be able to speak with someone or if they did were told the claim is still being processed.

“They even expressed that with COVID they have limited resources and that kind of thing,” Robeson said.

The tree crashed through the home in mid-April and it was now almost the end of June and the claim had still not processed.

It was at that point the couple decided to reach out to WFMY News 2 for some assistance. We immediately contacted the insurance company and asked about the claim and the reason for any delays. A spokesperson told us he would investigate the matter and get back to us.

A few days later we reached out to Noonan and Robeson to provide an update on our conversation with the insurance company.

“I think about a half an hour before you called us back, I had just received a call from the insurance company saying they were going to overnight us a check in the next few days,” Robeson said.

The check did arrive after a few days and the couple immediately started the process of rebuilding their home from the ground up.

The foundation has already been poured and the framework is expected to go up soon. The couple hopes to be able to move into their new dream home by the beginning of next year.

RELATED: What you don't know about your insurance could cost you