A text went out alerting people about the bear. 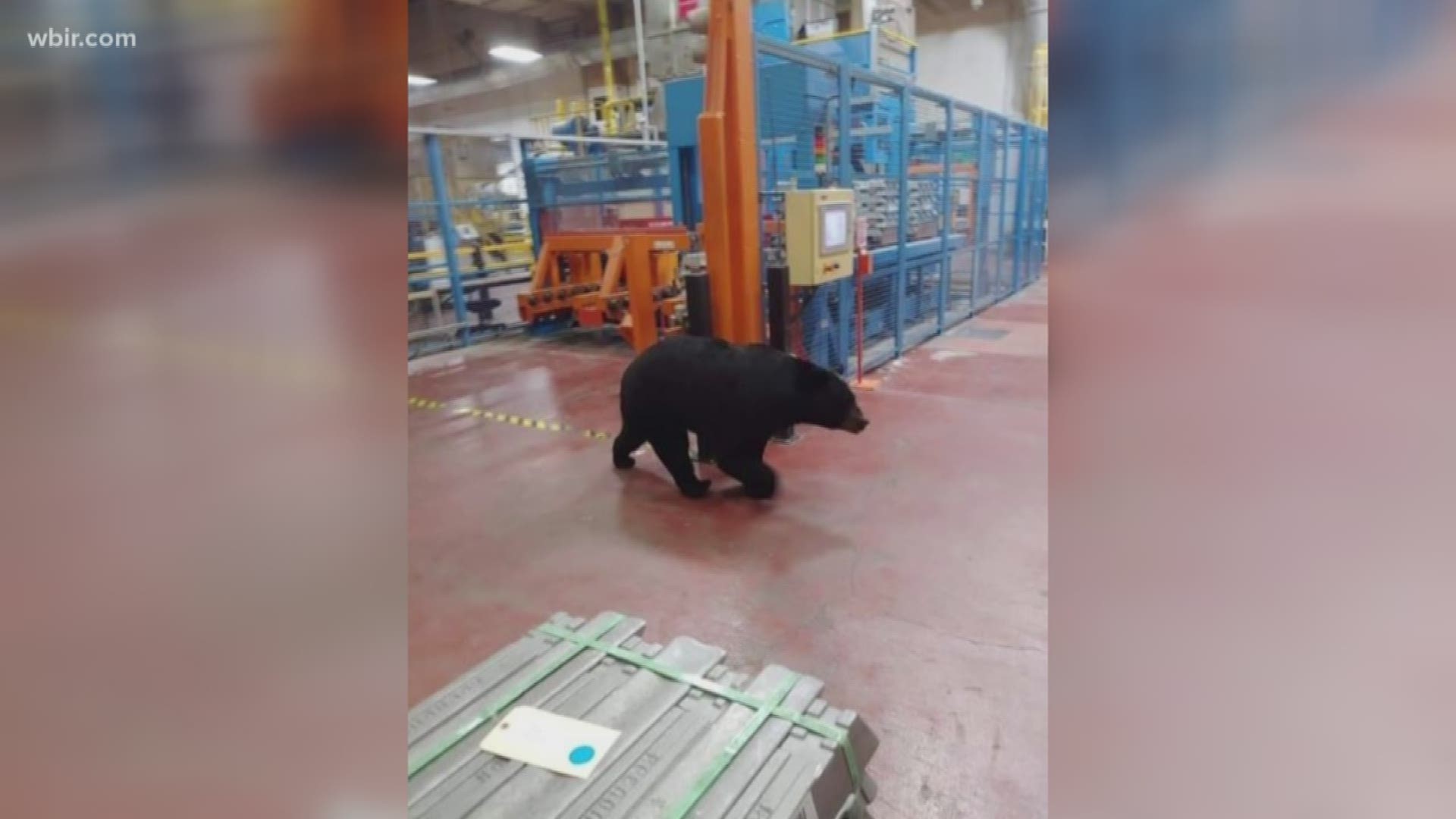 A black bear made an interesting detour on Tuesday night-- checking out the inside of a DENSO Manufacturing plant!

DENSO spokeswoman Bridgette LaRose confirmed to 10News on Wednesday a bear was seen in and around the Maryville plant around 9:30 p.m. Tuesday.

A picture circulating on social media showed the bear running through the plant near a truck loading/unloading area, a DENSO spokesman confirmed to 10News.

Viewers sent us screenshots of text warnings sent to them from the company about the incident.

In the texts, DENSO said "a bear has been spotted in and around DENSO property."

A DENSO Maryville spokesperson, Bob Booker, said the bear entered the company briefly and left without leaving damages to any workers or the property.

Credit: TWRA
The bear found at the DENSO facility is relocated.

The company also said it was working with local authorities and asked employees to keep plant doors closed, use caution around the plant and not eat outside.

The TWRA said the bear was eventually caught Wednesday night by Blount County Animal Control. Officers immobilized it with a tranquilizer dart and asked the TWRA to place it inside a live trap to be relocated.

Credit: TWRA
The bear found at the DENSO facility is tagged before relocation.

The bear was moved to the Cherokee National Forest with an ear tag and aversive conditioning to help deter that from happening again. TWRA Officers said it’s an old boar bear based on tooth wear and weighs nearly 400 lbs.

TWRA officials said they suspect the bear had been eating human food because of its size and shape.

DENSO said its management team, safety and health/security and other departments are investigating how it got inside the perimeter fence and the building. It will implement countermeasures based on the findings to make sure more bear buddies don't wander in again, according to an official statement.

Credit: TWRA
The bear found at the DENSO facility is relocated.

It's important to remember black bears are wild animals. It's not unheard of for black bears to go roaming about towns near the Smokies, or even uncommon.

RELATED: Veteran bear hunter: 'Bears are getting into more and more places where they've never been'