A 2,076-pound shark pinged off the coast of North Carolina. Researchers said it was the second-largest great white shark tagged in the northwest Atlantic. 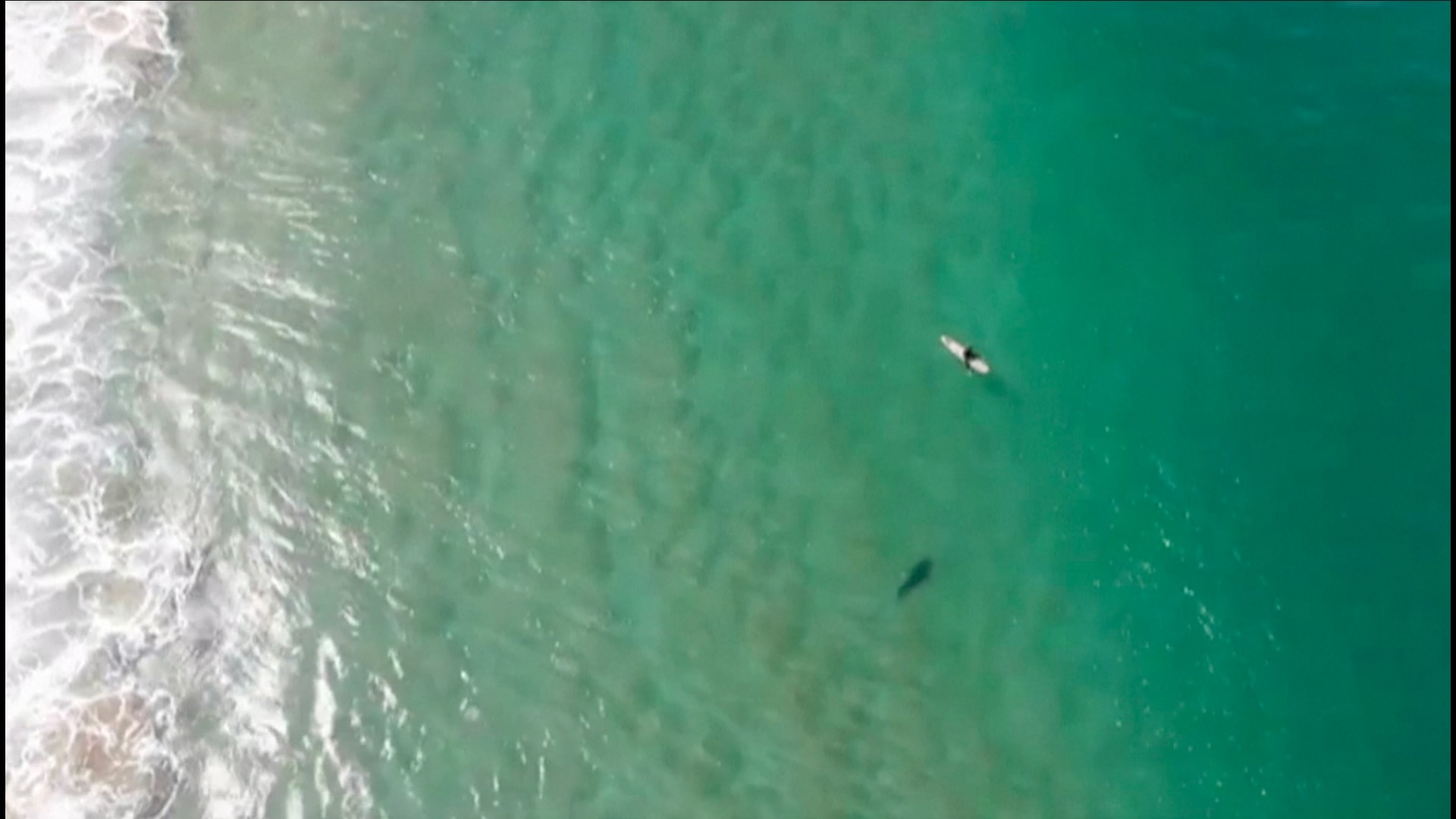 NORTH CAROLINA, USA — A 2,076-pound shark pinged off the coast of North Carolina near the Outer Banks on Tuesday.

She was the second biggest white shark OCEARCH ever tagged in the northwest Atlantic.

The online tracker said the 15-foot 5-inch shark surfaced around noon on Tuesday. As a mature female, researchers said Unama'ki has the potential to lead them to the site where she gives birth and exposes a new white shark nursery.

Unama'ki was tagged by the research group on September 20, 2019. The tag was put on the shark at Scaterie Island, Nova Scotia. Unama'ki is what the indigenous Mi'kmaq people of Nova Scotia call Cape Breton and it means "land of the fog."

May and November are popular months for great white sharks to pop up off-shore of North Carolina and Virginia. It is part of the natural migration period, traveling in the spring and the fall between their northern breeding grounds and their winter home near Florida.

OCEARCH has tagged over 400 animals, click here to learn more.