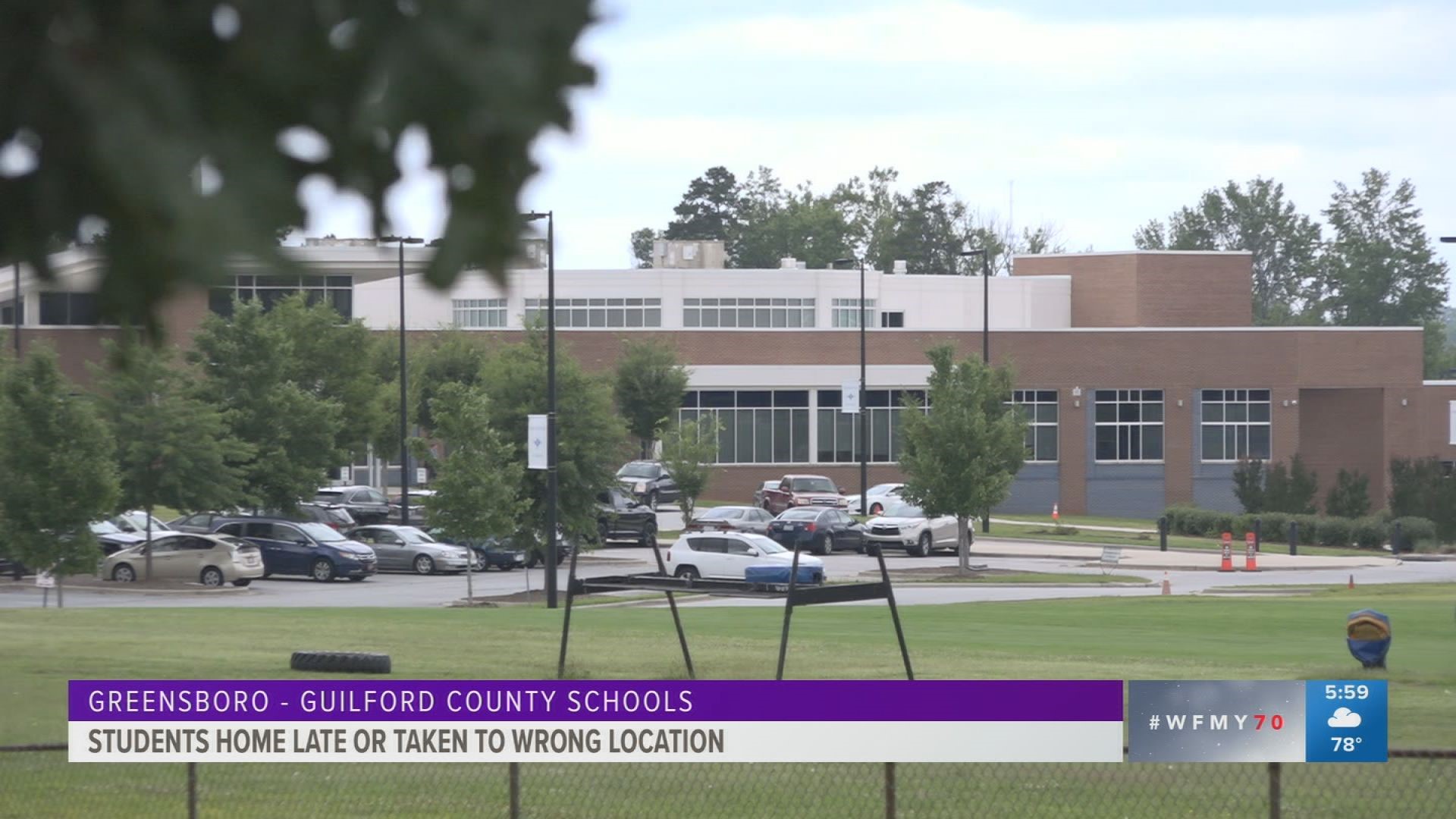 GUILFORD COUNTY, N.C. — When Teresa Barber realized her son's bus hadn't shown up, she tried making a few calls, but after not getting any answers as to where her son was, she panicked.

"I had my cell phone in the house on charge," said Barber, "At about 4:25 I walked back up to the house because my son was not home so I wanted to call the school and figure out if indeed he was on the bus."

Barber called Ragsdale High School, where the summer school program was taking place, but she says no one picked up the phone.

She reached out to the Guilford County School District's Central Office, but still felt like she was getting the runaround.

"They didn't know what was going on. They kept asking what bus he was on. I kept giving them the bus. They kept transferring me and then finally at 4:40 they're like 'oh, we just learned that they dismissed 45 minutes late,'" she said.

WFMY News 2 reached out to Guilford County Schools to figure out what happened. The district said in an effort to make sure everyone got where they needed to go at the end of the day, they went child by child to verify if they were getting on the right bus which is what caused the delay.

"I was kind of relieved but at the same time I was infuriated," said Barber.

The school district said yesterday was the first day of their "Read to Achieve" camp, and there were more kids than usual.

Barber says she just wishes there was better communication.

"We sent him to this camp in faith that he was in good hands and you know the lack of communication to me was just irresponsible," she said.

The School District said a call was sent to parents later Monday evening about the issue.

WFMY News 2 crews returned to the school Tuesday afternoon to see buses were on time getting children to where they needed to go.