VERIFY: U.S. Senate control could go to either party, and Georgia run-offs could hold the answer 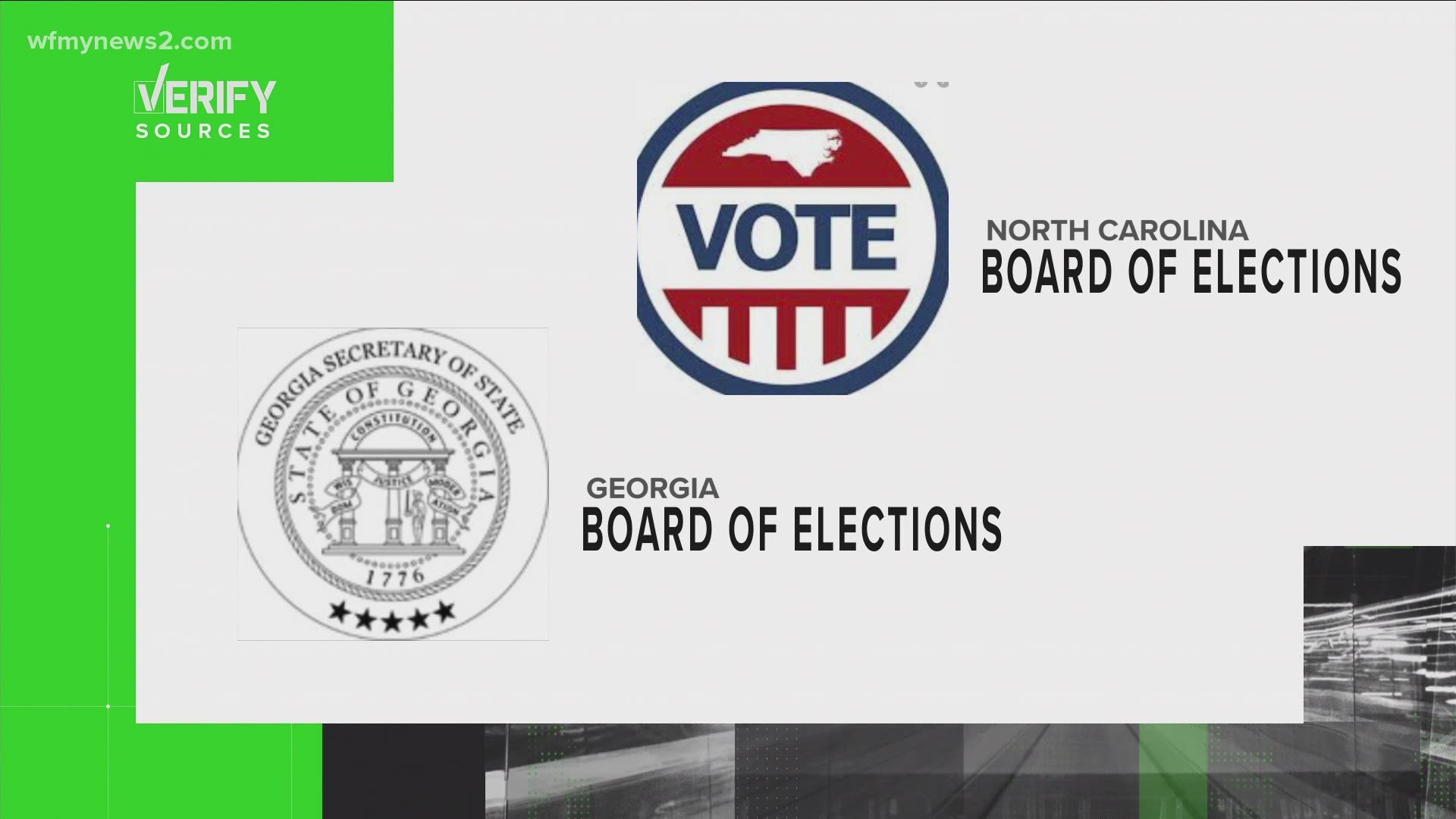 GREENSBORO, N.C. — Buckle up, voters -- the bumpy road to the Election 2020 finish line will extend to January. Both Republicans and Democrats shift their focus and funds to the all-important U.S. Senate.

As of Tuesday, Nov. 10 (an entire week past Election Day), three states -- including North Carolina -- had not projected winners.

Is there still a way for either party to take majority control of the U.S. Senate?

Republicans need to pick up three of the four uncalled seats -- North Carolina, Alaska and one of the two Georgia seats, for example -- to keep majority control.

In Georgia, the law requires a candidate to get 50% of the vote. That didn't happen in either race. Republican incumbent Sen. David Perdue leads with 49.74% of the vote to Democratic challenger Jon Ossoff. In the special election for the seat of retiring Republican Sen. John Isakson, Democrat Raphael Warnock leads Republican Kelly Loeffler with 32.9% of the vote.

Even prior to the election, these campaigns had raised tens of millions of dollars, and now both parties are pouring more money into the runoffs. But the most expensive race in U.S. Senate history is the still-'too-close-to-call' North Carolina election between incumbent Republican Sen. Thom Tillis, who leads Democrat Cal Cunningham by about 95,000 votes. As of Wednesday morning, that margin was greater than the number of absentee ballots still outstanding, So, why isn't the AP calling the race for Tillis?

Provisional ballots play a role. The NC Board of Elections reports county boards of elections are evaluating more than 40,000 provisional ballots. A provisional ballot is what a voter receives at the polls if there is a question about eligibility. Provisional ballots are set aside, and county boards of elections assess their validity. Eligible provisional and absentee ballots could turn the race, if they largely favor Cunningham. But, with each passing day, that is more and more unlikely. All absentee ballots in North Carolina had to be postmarked by Election Day and received by Nov. 12. At this point, it is improbable there is a large majority of them still in the mail (voters who requested them might have chosen instead to vote in person).

RELATED: US Senate control hangs in balance with a few races undecided

Yes, it is true -- either party has a shot at taking majority control of the U.S. Senate. Republicans need three more seats for a 51-seat majority. Democrats need any two seats for an even 50, because Democrat Vice President-elect Kamala Harris would cast the tie-breaker votes.