No, NASA did not say the main cause of tidal flooding in 2030s will be the moon’s ‘wobble’

The moon’s “wobble” went viral after a NASA study predicted it would contribute to tidal flooding in the next decade, but climate change is the primary culprit. 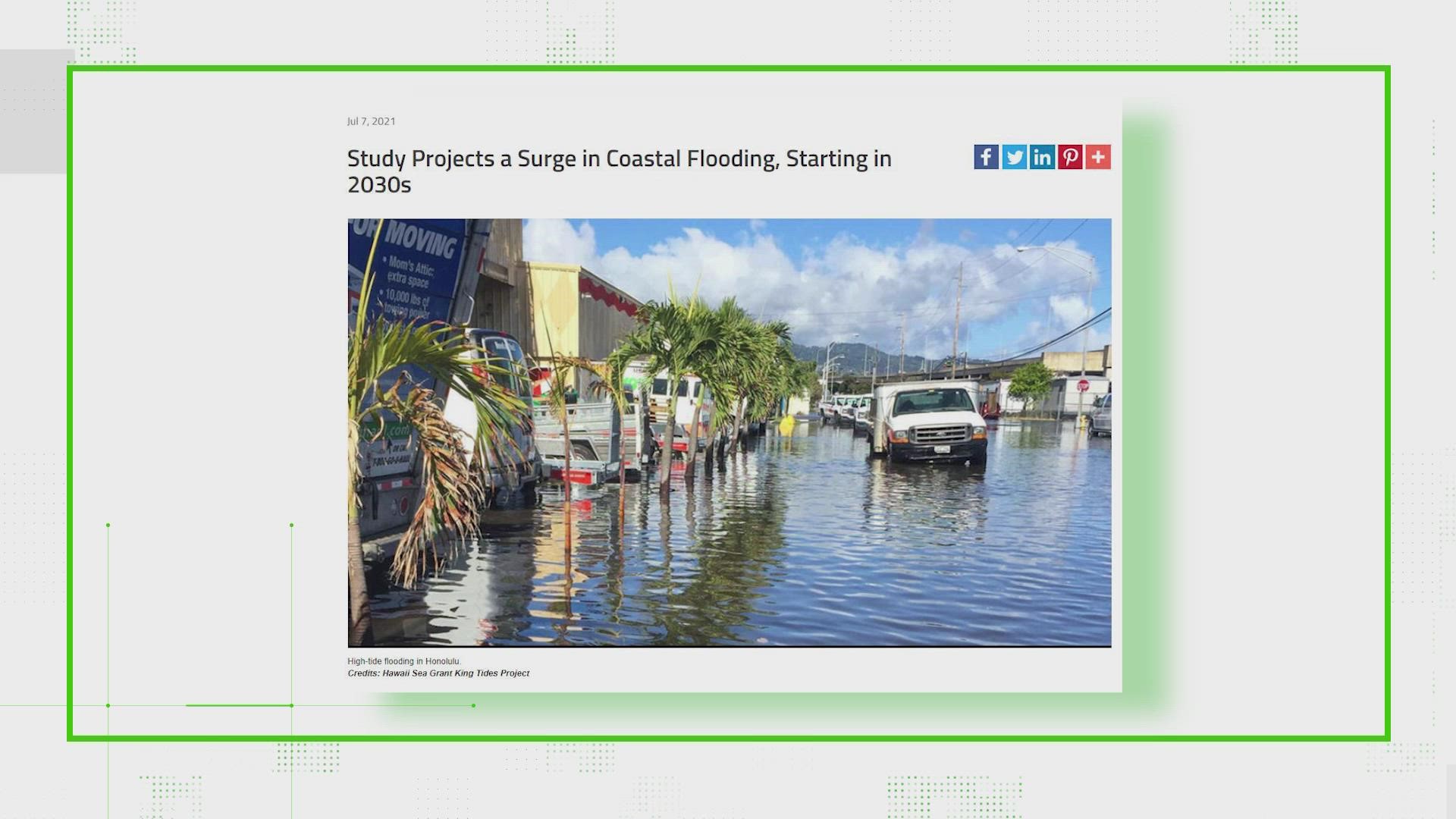 A July 7 press release from NASA went viral when it became the subject of an article from the British newspaper The Telegraph that claimed a “‘wobble’ in the moon’s orbit” would lead to an “onslaught of coastal flooding” in the 2030s.

A social media post from the Telegraph Environment shared more than 28,000 times also stated the “main cause” of future coastal flooding will be a “‘regular wobble’ in the moon’s orbit.”

🔴@NASA is warning of a "wobble" in the moon's orbit that is set to see the world face significantly more natural disasters.

An onslaught of coastal flooding starting in the mid-2030s is expected, Nasa has warned

Did NASA predict a “wobble” in the moon’s orbit will be the main cause of coastal flooding in the 2030s?

No, NASA did not predict the moon’s “wobble” will be the main cause of coastal flooding in the 2030s.

A NASA study predicted rising sea levels caused by global warming will worsen tidal flooding in the 2030s, around the time when a cycle in the moon’s orbit will exaggerate both high tides and low tides in many places.

This “wobble” isn’t anything new, it’s how the moon has always orbited the Earth. The only thing new to worsen tidal flooding will be sea-level rise induced by climate change.

The NASA press release explains that a study led by the NASA Sea Level Change Science Team predicts that high tide flooding will dramatically increase on all U.S. coastlines by the mid-2030s.

A combination of rising sea levels caused by climate change and the alignment of a cycle in the moon’s orbit will be the cause of this, according to the press release. But NASA makes it clear that this “wobble” isn’t the culprit people should focus on.

“There’s nothing new or dangerous about the wobble; it was first reported in 1728,” NASA said. “What’s new is how one of the wobble’s effects on the moon’s gravitational pull – the main cause of Earth’s tides – will combine with rising sea levels resulting from the planet’s warming.”

Dr. Ben Hamlington, the co-author of the study and the team lead of the NASA Sea Level Change Team, reiterated that continued sea-level rise caused by climate change is the cause of the predicted tidal flooding. Climate change will continue to bring the sea levels up, and NASA predicts sea levels will be just below the point coastal towns flood by the 2030s.

At that point, the tides don’t need to change much to start flooding coastlines. A number of natural cycles will continue as they always have, but with towns now closer to the oceans than ever before. This is where the wobble, which is just NASA’s description for a characteristic in the moon’s orbit, comes into play.

The moon rotates around the Earth at a slightly different angle than the Earth rotates around the sun. A University of Massachusetts astronomy page explains the angle of the moon’s orbit doesn’t stay fixed because of the effects of the sun’s gravity. This in turn has an effect on the moon’s angle relative to the Earth’s equator, which gradually fluctuates between two points on an 18.6-year cycle.

The effects and timing of the cycle won’t be the same everywhere, but that ultimately won’t matter. Sea levels will be high enough that other natural cycles will also be enough to contribute to flood conditions on coastlines all around the U.S.

NASA says that the moon is in the tide-amplifying part of this wobble cycle currently. A 2019 study said 2025 and 2034 are the exact years this cycle will reach its next two high-water peaks. It found high tides at these peaks are about 10 cm higher for most of the U.S. coastline. That’s about four inches.

NASA says some communities experience tidal flooding already, but sea levels aren’t high enough yet for even the highest tides to flood most coastal towns. But climate change will push sea levels high enough to make 2034 a different story.

“Those inches really do matter,” Dr. Hamlington said. “Because when you start to stack things up, and you're so close to that flooding threshold in these coastal locations, it does shift to flooding conditions. So very small changes in these natural cycles can drive big changes in the flooding that we see at the coast.”

But climate change isn’t expected to stop by the end of the 2030s. Scientists, including NASA’s, believe sea levels will keep rising throughout the next century. Eventually, they’ll rise enough that tidal flooding will consistently occur regardless of where the cycles are at.

“When you're talking about feet of sea-level rise in the long term, these lunar nodal cycles are not going to push flooding significantly in either direction,” Dr. Hamlington said. “When the sea level’s rise continues into the future as projected, high-tide flooding is just going to get that much worse.”

More from VERIFY: VERIFY Weekly: The danger of extreme heat

The VERIFY team works to separate fact from fiction so that you can understand what is true and false. Please consider subscribing to our daily newsletter, text alerts and our YouTube channel. You can also follow us on Snapchat, Twitter, Instagram, Facebook and TikTok. Learn More »