Every year we're reminded of the flu vaccine's importance, but claims that the vaccine is harmful or potentially deadly still exist. 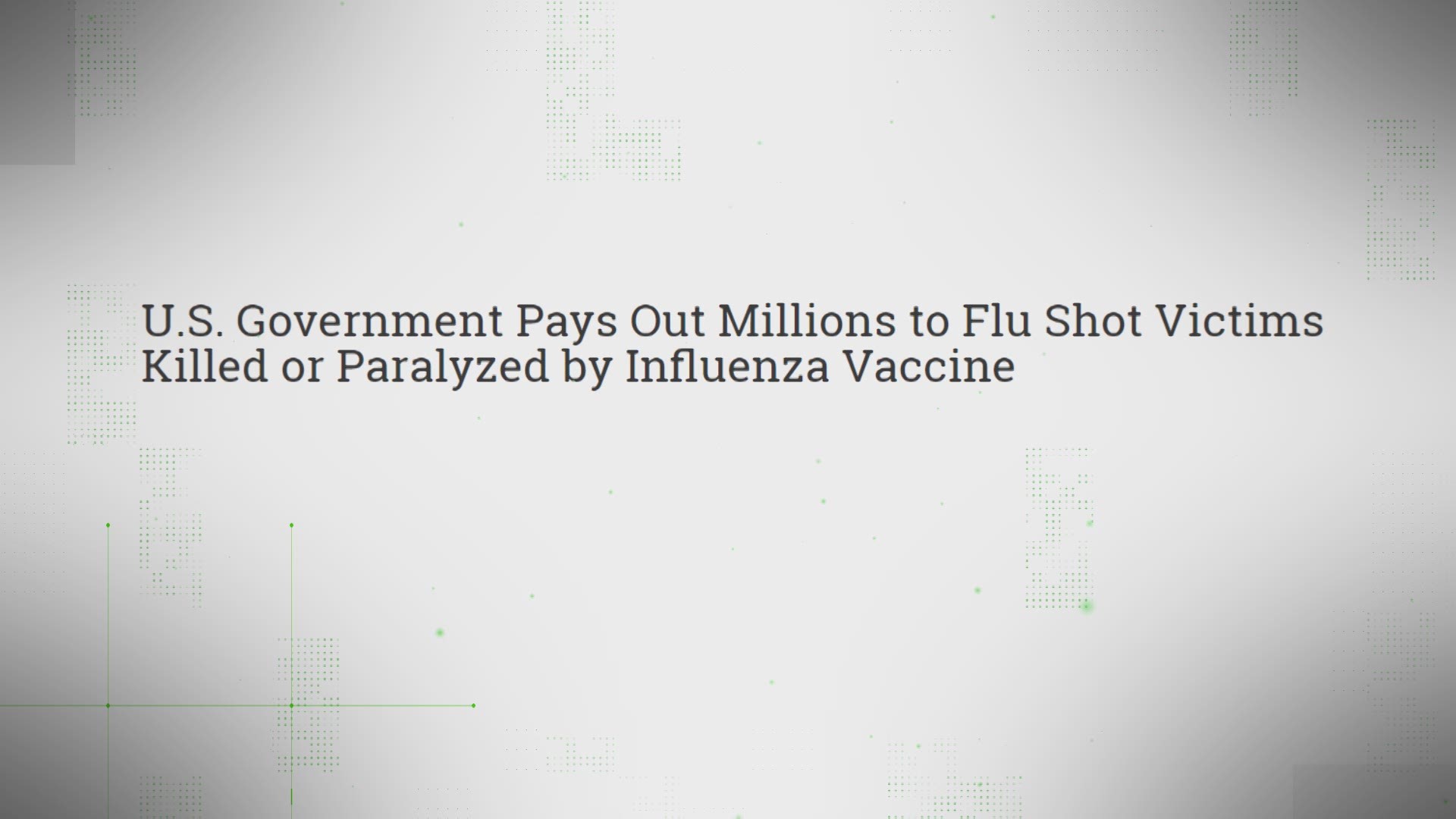 The article posted on the website "Vaccine Impact,” claims the government is paying “victims,” implying this must show that illnesses and death from the vaccine are real.

Does the U.S. Government pay millions to “flu shot victims?”

No. The U.S. does have a program that offers compensation to some people who feel that a vaccine caused them to be sick or injured, but the program has only made pay outs in a very small amount of cases for the influenza vaccine.

The National Vaccine Injury compensation Program is real. You might hear it referred to as the VICP.

It’s a program run by the Health Resources and Services Administration, a group within the Department of Health and Human Services.

The program does pay millions of dollars every year to people or families who are found to have been injured by a vaccine covered through the program.

In their most recent release, the VICP says between 2006 to 2017, there were 5,508 claims filed by those claiming the influenza vaccine caused an illness or death.

It’s important to note that the VICP data doesn’t show the breakdown of the claims themselves.

Of that number, only 658 were deemed “compensable concession.”

RELATED: VERIFY: Reports of iPhones going down if not updated soon are misleading. This only affects the iPhone 5

In total, 2,249 of the overall claims against the influenza virus were labelled as “compensable settlement.”

The VICP defines these cases as ones where a “negotiated settlement” is made between the parties. They emphasize that the settlement “is not an admission by the United States or the Secretary of Health and Human Services that the vaccine caused the petitioner’s alleged injuries.”

Put more simply: In roughly 10 years, there were 3,200 claims made against the influenza virus. Only about 700 of those claims were deemed to have sufficient evidence.

In that same time period, the CDC reports that more than 1.5 billion doses of influenza vaccine were distributed.

That means that roughly .0002% of influenza viruses handed out between 2006 and 2017 were linked to VICP claims.

The article in question tries to make you fear the flu vaccine by specifically highlighting 3,200 cases over 10 years.