Yes, states could technically build border walls, but there are lots of hurdles to overcome

Texas Gov. Greg Abbott recently announced the state plans to build a border wall where the Trump administration left off. 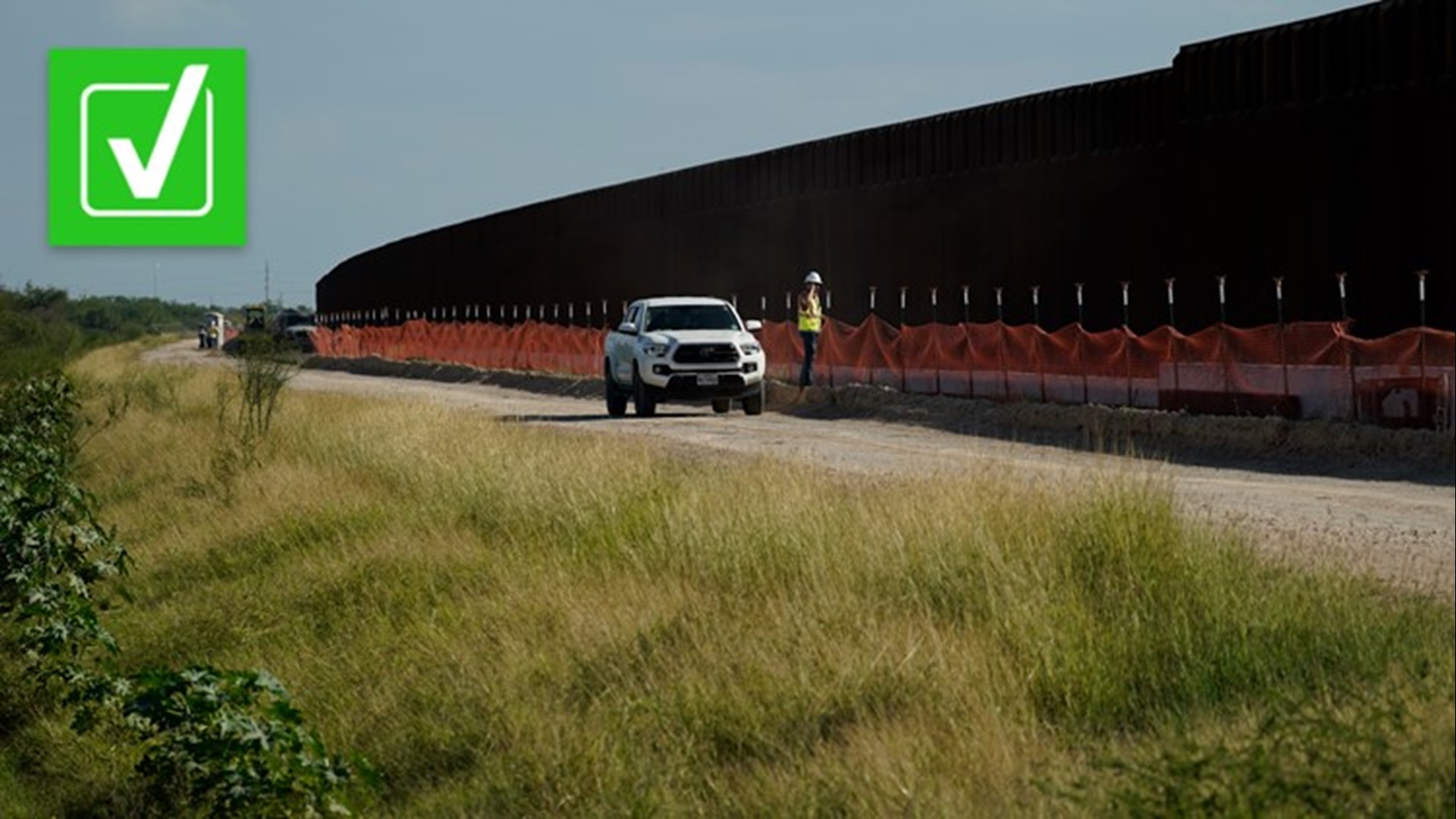 During his campaign and presidency, former President Donald Trump promised the construction of a wall along the border between the southern United States and Mexico. That construction was halted when President Joe Biden took office in 2021.

However, Texas Gov. Greg Abbott on June 10 announced the state plans to build a border wall where the Trump administration left off.

Can a state build a border wall?

Yes, it’s technically true that states can build their own border wall. However, there are a lot of hurdles to overcome.

Abbott made the commitment to build a border wall in Texas during a summit about border security.

“President Biden’s open-border policies have led to a humanitarian crisis at our southern border as record levels of illegal immigrants, drugs, and contraband pour into Texas,” Abbott said in a press release about the summit. “While securing the border is the federal government’s responsibility, Texas will not sit idly by as this crisis grows.”

The governor said the wall is one part of his plan to limit the number of people illegally crossing the border. The governor’s office told VERIFY more details about his plan would be released this week.

While details on the plan have still not been announced, Texas will face logistical challenges, according to Ilya Somin, professor of law at George Mason University. One challenge, Somin said, is the state would not be able to build the wall on federally owned land without the federal government’s agreement.

“So, [Texas] couldn't simply restart building the wall that Trump was building, because the state of Texas doesn't own that property,” Somin said.

Another logistical challenge would be acquiring private land, according to Charles McFarland, a property rights attorney in Texas.

“The Trump administration's efforts really never got off the ground,” said McFarland. “I'm not aware that they ever were able to acquire any of the land needed for the new border wall that they needed.”

McFarland said much of the needed land is privately-owned and some property owners sued the federal government over its use of eminent domain, a legal challenge the Texas government could face.

Even if Texas managed to get the land, the state must follow strict rules and regulations for building that the federal government could have bypassed.

“They can waive all of the environmental regulations that otherwise would be a minefield for someone trying to implement a project like this,” McFarland said of the federal government. “The state of Texas cannot do that.”

There’s also another legal hurdle that Texas may face. Somin pointed out that Arizona tried to strictly enforce federal immigration laws 10 years ago and lost a case against the Obama administration.

“Finally, there is a legal issue that I think would have to be fought over in federal court,” Somin said. “Which is if the federal government decided they don't want border barriers to restrict immigration in particular areas, and the states go ahead and try to build them anyways, even if the state does own the necessary land and does have the necessary funds allocated by the state legislature, it could be argued that this is interfering with the federal government's control of immigration policy. In the United States vs. Arizona, a 2012 decision, the federal Supreme Court ruled that states are not allowed to interfere in that way. The exact scope of what counts as illegal interference of that kind is uncertain.”

So, while it’s technically true that states can build their own border wall, there are lots of hurdles to overcome. In Texas, the state would have to acquire the land and win a likely lawsuit over the federal government since it typically has jurisdiction over international migration.

More from VERIFY: No, the Biden administration is not resuming border wall construction

VERIFY
Our journalists work to separate fact from fiction so that you can understand what is true and false online. Please consider subscribing to our daily newsletter, text alerts and our YouTube channel.  You can also follow us on Snapchat, Twitter, Instagram or Facebook.