VERIFY: Is that viral post about windshield wipers tied by human traffickers true?

Greensboro Police says even if this isn't true, it's always important to be aware of your surroundings and if you see anything suspicious, call police. 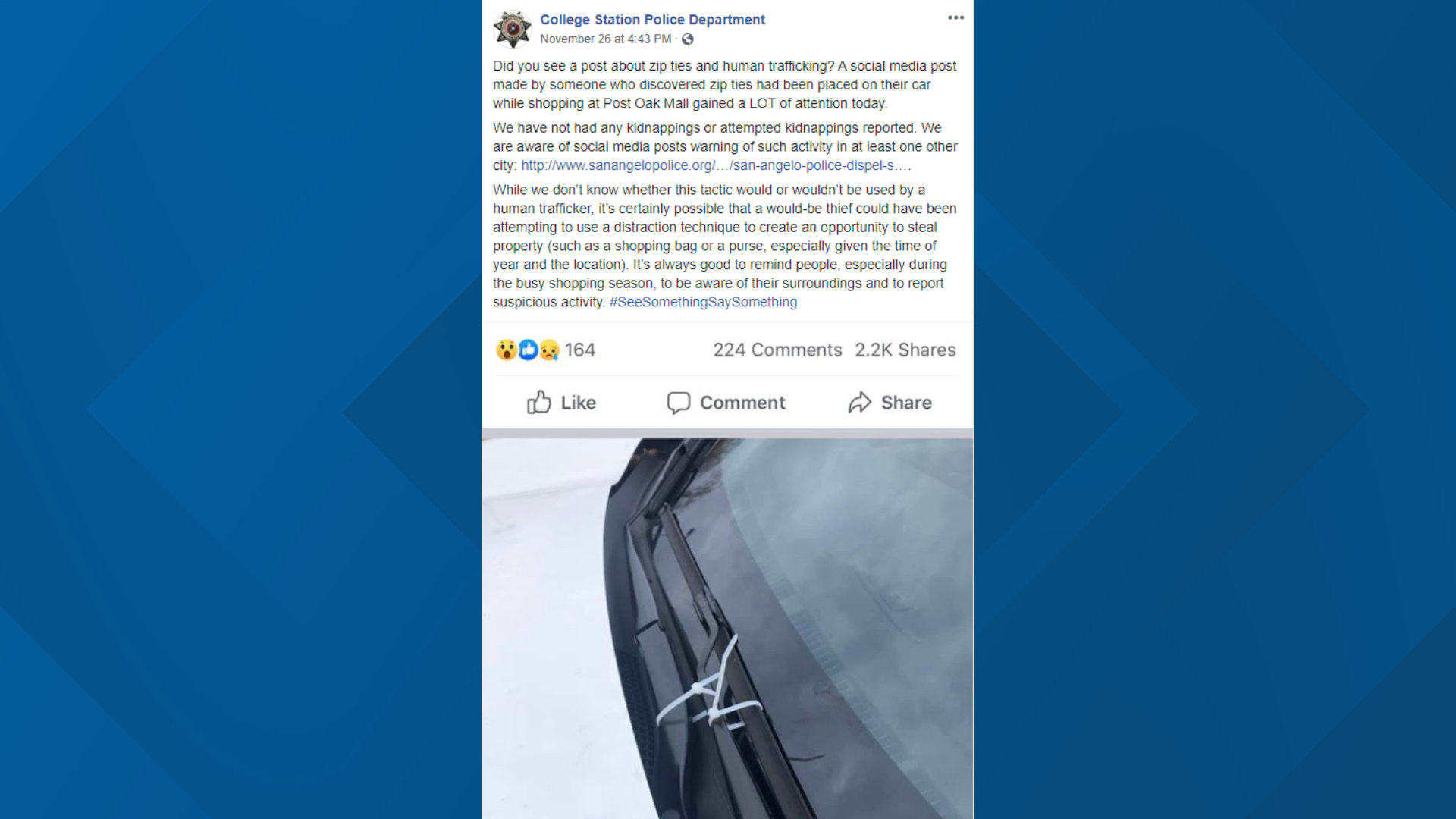 In the email, Robinson asked, "Is it true about people tying windshield wipers and trying to get people as they take it apart? Is it true about people putting money in your car - as you touch you get sleepy and they try to take you? I’ve received several bewares and I’m just curious about what to and not to believe.."

Good on you, Ruth!

The post originated in College Station, Texas. According to a post by the College Station Police Department, the image came from a local who discovered zip ties had been placed on their car while shopping at Post Oak Mall earlier in the year. The department explains the person posted it to warn folks on social media after rumors about a kidnapping at the same mall were making rounds. CSPD say this wasn't the first time they'd come across a post of its its kind in the state, linking to a press release from the San Angelo Police Department from 2018 that states there are no factual reports of zip ties being used in attempted kidnappings or human trafficking.

We asked the Greensboro Police Department if there had been any reports about similar posts or instances in our area, which they had not found. Still, the department's spokesman, Ronald Glen, says even though the events did not occur, they still recommend everyone always be "aware of their surroundings and if they see anything suspicious to call police."

The viral Facebook post about zip ties on windshield wipers is just another social media hoax, but that doesn't mean you should let down your guard.

RELATED: The latest hoax about an Instagram 'rule change' fooled lots of people