VERIFY: Yes, A Dry Fall This Year Can Indicate A Wetter One Next Year

You ask; we VERIFY. A dry fall this year could indicate a closer-to-average fall next year, in terms of rainfall. 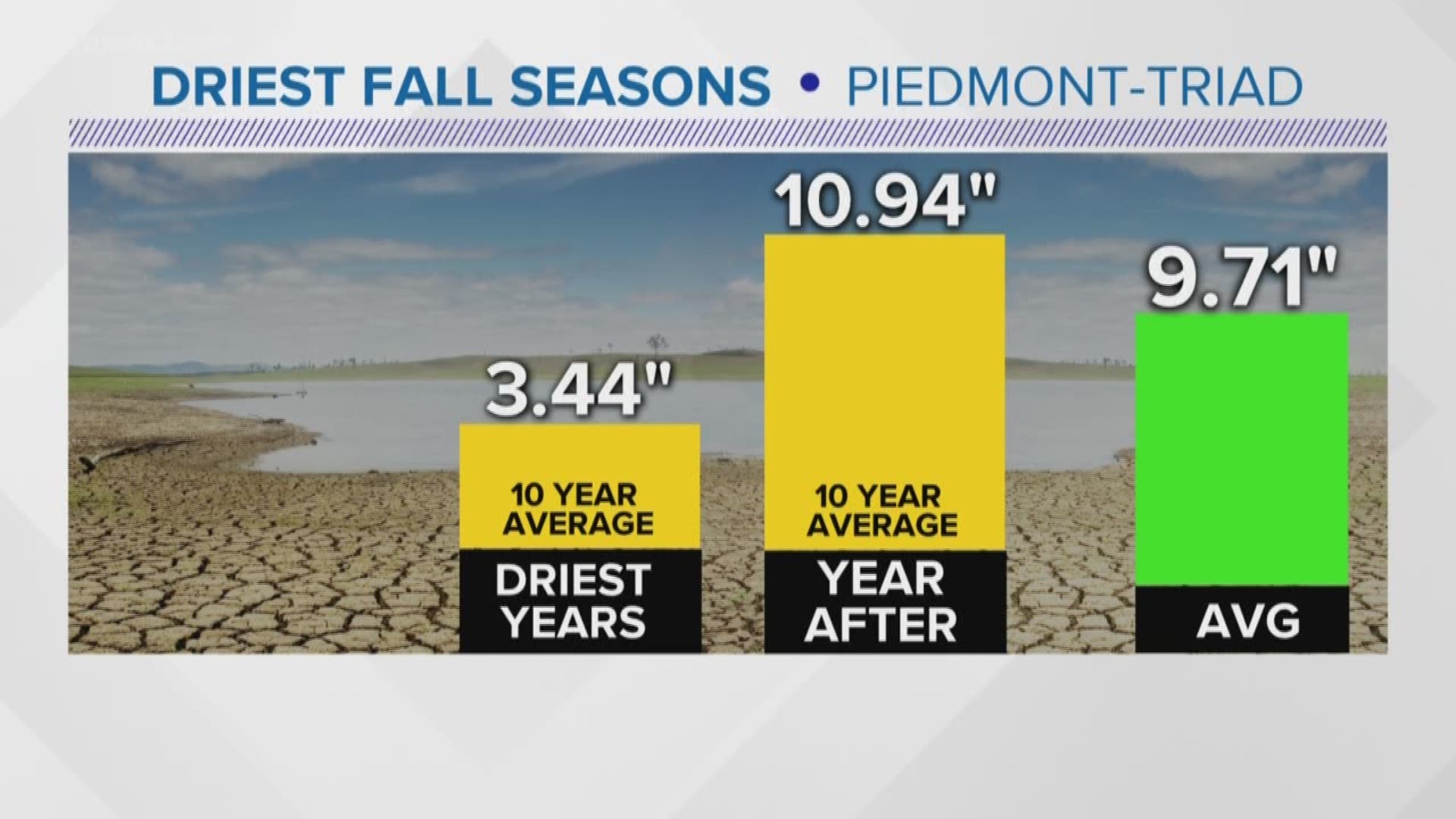 GREENSBORO, N.C. — Finally, we have found fall temperatures and are enjoying cool, crisp air. But, where's the rain? Isn't it hurricane season?

To VERIFY, he looked at rainfall totals at Piedmont Triad International Airport during meteorological fall (September 1 - November 30). He found the historical average (normal) rainfall for the fall season is 9.71 inches.

Yes, if our dry fall continues, we can expect a wetter fall next year.