VERIFY: Donations to Black Lives Matter do not go directly to the Democratic Party

It's a claim that's gone viral online. Just one problem: It's not true. 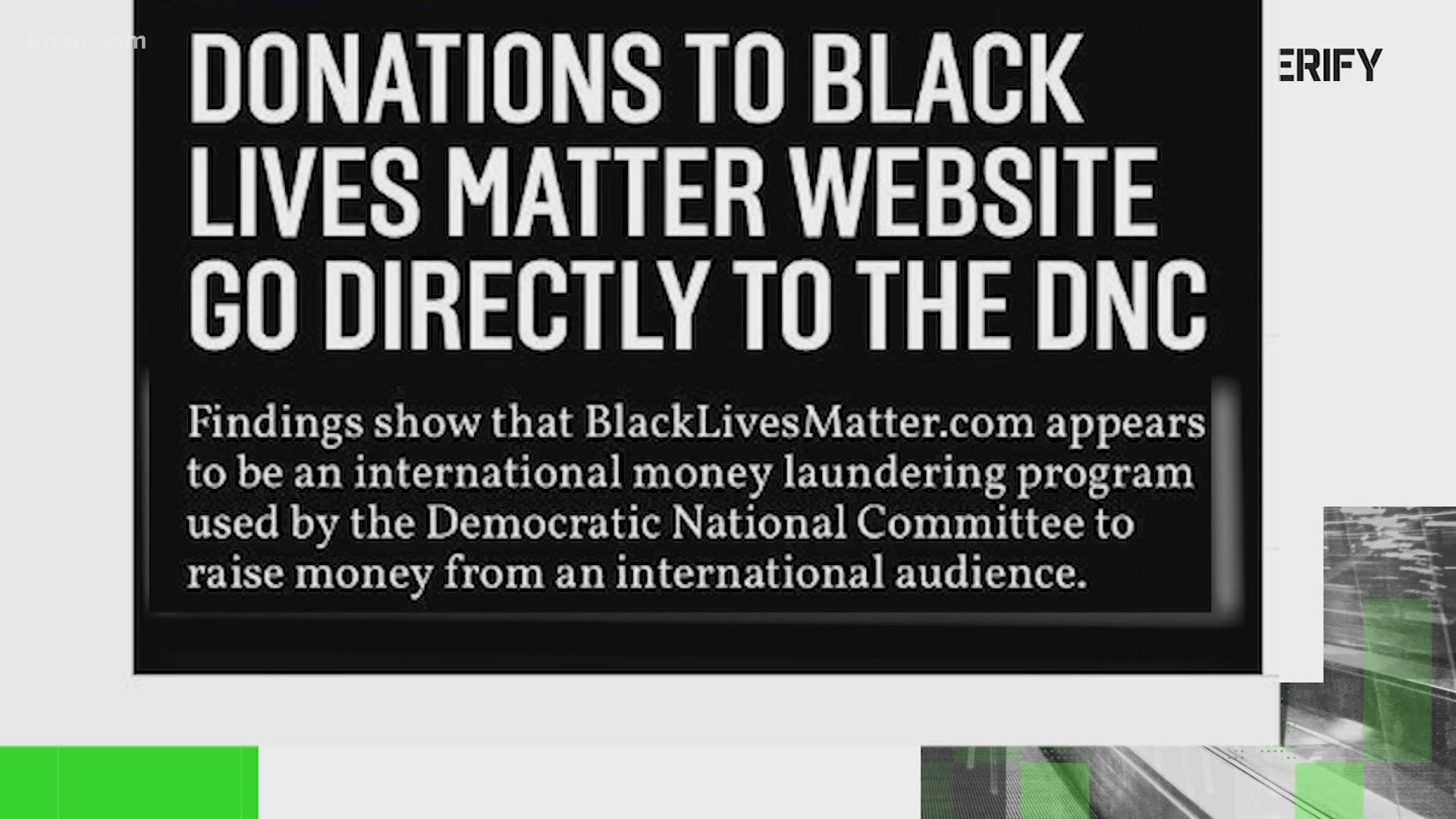 When you donate money to Black Lives Matter, does the Democratic Party get a cut?

It’s a claim that has gone viral on social media. Several people wrote the VERIFY team asking us to find out if it’s true.

The Instagram post claims “donations to Black Lives Matter website go directly to the DNC” and that blacklivesmatter.com “appears to be an international money laundering program used by the Democratic National Committee.”

Joshua, Cheryl and Arron saw it and asked the VERIFY team, “Does the money raised for the BLM movement go directly to the Democratic Party?”

We have three sources for this.

“Our first reaction was that either somebody doesn't know what he or she is speaking about or the poster is trying to make a cheap political shot for the sake of it—for the sake of making a political point that has no basis,” Malbin said.

One on Twitter claims ActBlue is funneling a portion of the donations made to BLM to the Democratic Party.

“If this charge were true, that you could take money that's being given for one purpose and have it transferred without your knowledge to another, that would put ActBlue out of business immediately,” Malbin said.

Black Lives Matter took to Twitter to “debunk conspiracy theories” about the donations.

So, we can verify these claims are false.

Great news if you watch TV with an antenna

KHOU has just upgraded its technology. If you were unable to receive KHOU with your antenna in the past, try again on channel 11.11. You may have to rescan your channels for it to work – if that’s the case, we’ve got some instructions at KHOU.com/antenna. If you already see KHOU on 11.1, you may now ALSO see it on 11.11 – it’s the exact same programming. We’re really excited to be able to bring our KHOU 11 News, CBS shows and sports, Wheel of Fortune, Ellen and Great Day Houston to more homes around the area. If you’re still having trouble, please contact us here and we’ll try to get you set up.