VERIFY: Hurricanes always spin counterclockwise in Northern Hemisphere, because of this phenomenon

The Coriolis effect causes storms to spin in a certain direction, depending on their gravitational pull in each hemisphere. 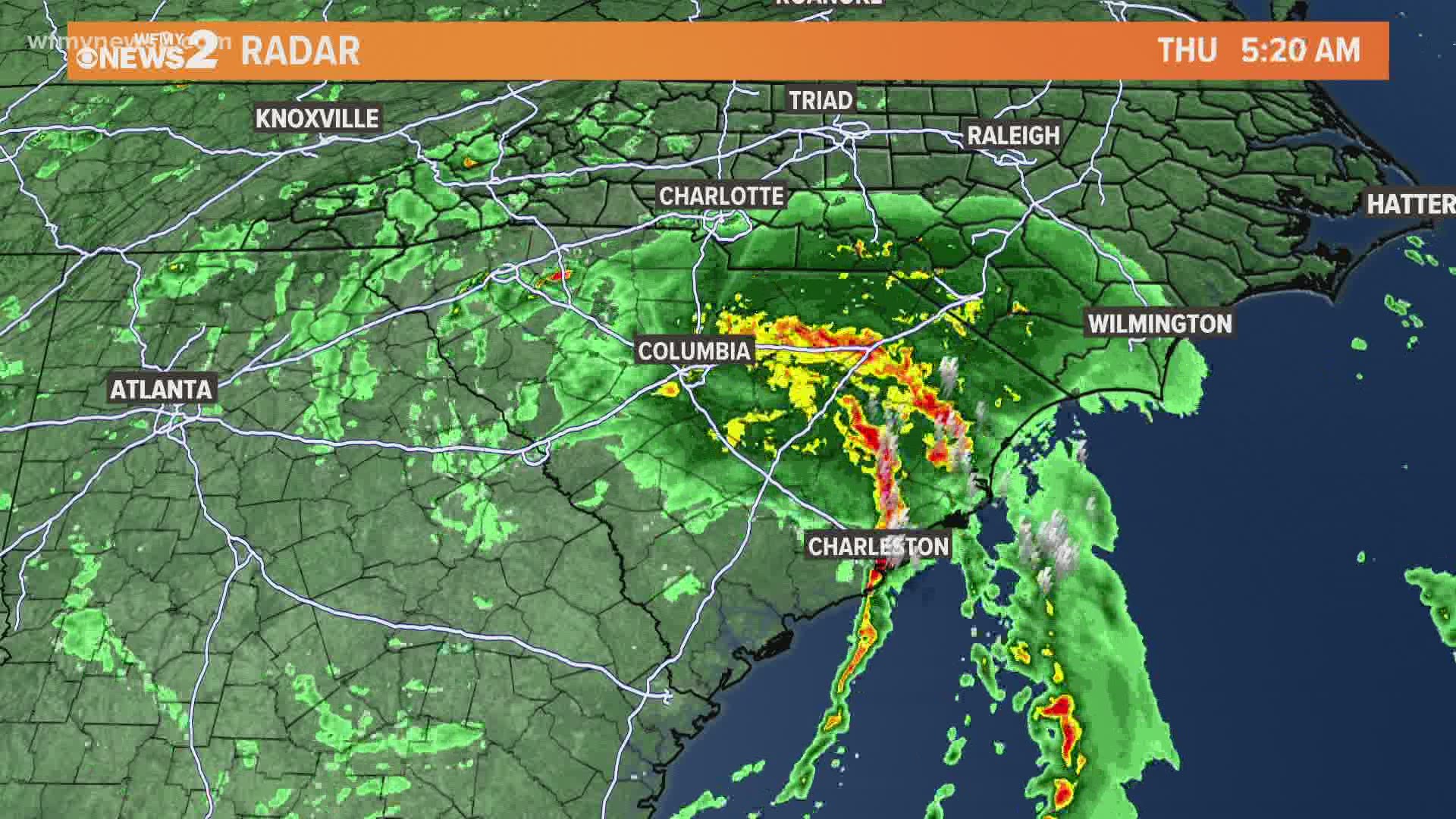 GREENSBORO, N.C. — The 2021 Atlantic hurricane season is shaping up to be incredibly active with the fifth-named storm making landfall in early July (hurricane season runs through November).

We're looking at a hurricane characteristic staring us straight in the face. Have you ever paid attention to how hurricanes spin? Even if they track left to right, say from the Gulf Coast to North Carolina, they spin right to left.

Is it true hurricanes almost always spin counterclockwise? If so, what causes this directional phenomenon?

"Let's say you were standing at the North Pole and threw a baseball. It's not going to go just straight down to the equator. It's actually going to curve, and that's because of the earth's rotation and the curvature of the earth," he explained.

The Coriolis effect is what makes hurricanes and tropical storms spin. "A small little spark," as Morgan described it, starts feeding off warm and humid ocean water, creating an area of low pressure. Low pressure systems spin counterclockwise, or cyclonically.  This allows warm, humid air to rise and form thunderstorms.

"Due to the Coriolis effect, winds move toward the center of low pressure, and they spiral around that center of circulation," he said.

Air currents curve as they travel, due to the earth's rotation. Winds spin faster at the equator than they do at the poles, and as winds move north, they get pushed to the east. As they move south, they are pushed to the west, resulting in the curve. This, Morgan explained, creates the circular spin.

Do you have a VERIFY inquiry? Submit a post or selfie video of the question to Meghann Mollerus via: