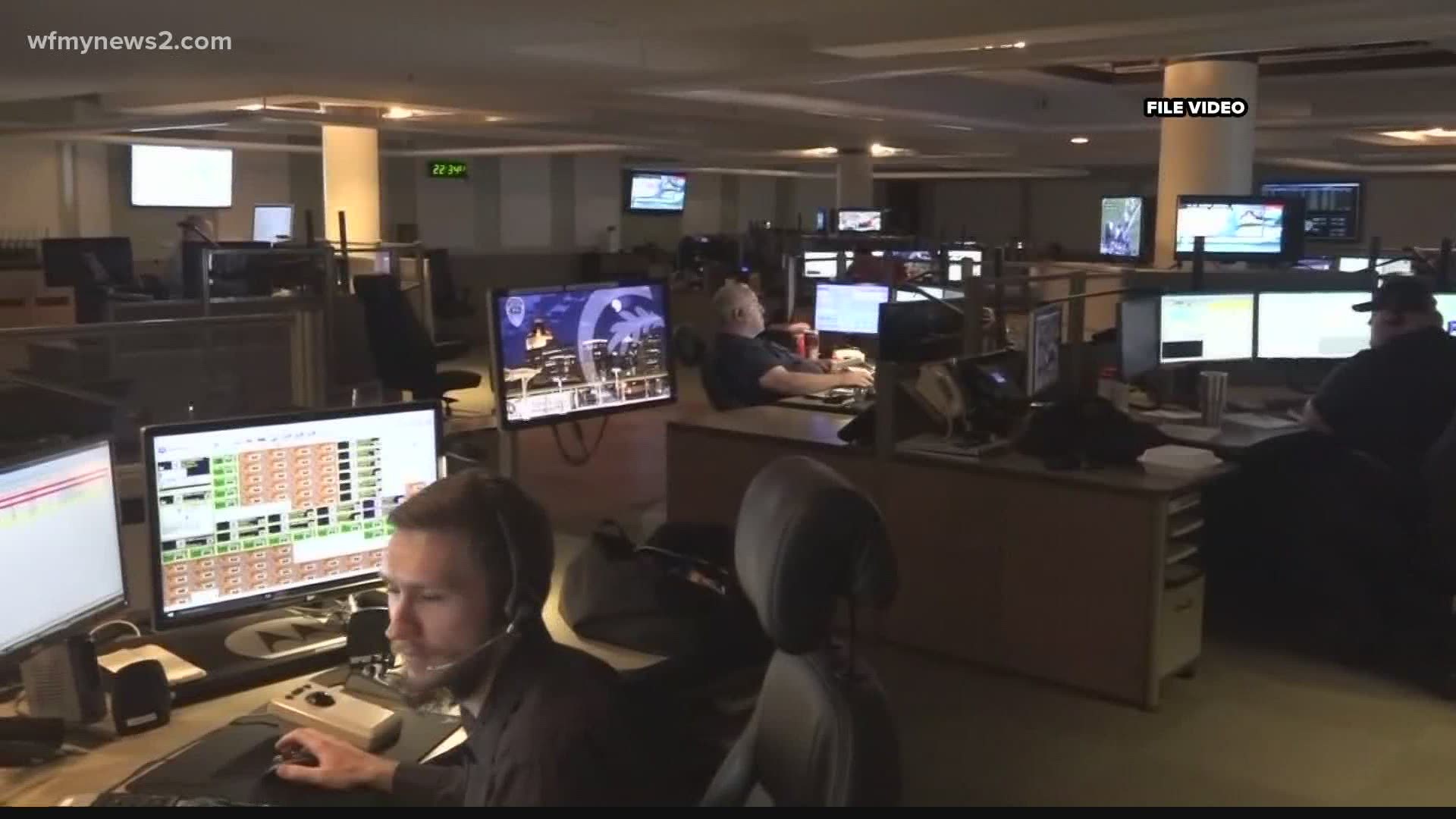 GREENSBORO, N.C. — Lately, you've seen posts -- and even certain political ads -- about "de-funding police departments." As WFMY News 2 previously reported, "de-fund" does not mean "disband." The concept involves reallocating some money and resources from police departments to other community agencies, like social services. The police departments, themselves, remain in place.

WFMY viewer Ginger Burkhead asked if de-funding police departments would de-fund 911, or if they operate as two differently-funded departments.

Our VERIFY team learned the answer to Burkhead's question depends on where you live.

For the purposes of this VERIFY, we'll focus on the Piedmont Triad's two largest cities, Greensboro and Winston-Salem.

In the state of NC, the NC 911 Board manages the state's uniform and enhanced 911 system and sets a single statewide service charge to support it. Individual cities and counties have their own 911 centers with this statewide system.

There is a caveat. GPD public information officer Ron Glenn noted a large portion of the 911 funding comes from user fees and equipment leases paid by partner departments, like GPD.

"Reduced funding for any entity could result in a reduction in funding for 911," Glenn explained.

As far as federal funding, Glenn said GPD receives an average of $150,000 a year, equivalent to less than 1% of the total budget.

In Winston-Salem, 911 operates a bit differently. First, there are two 911 centers -- one for city limits and one for Forsyth County. Capt. J.E. Gomez with the Winston-Salem Police Department explained unlike in Greensboro, the City of Winston-Salem's 911 center is a division of the city police department but not funded by it.

Instead, the NC 911 Board funds it, and the City of Winston-Salem's general fund covers salaries and other purchases.

To be clear, neither the Greensboro nor Winston-Salem City Council has voted on any type of measure to de-fund their police departments. In answering Burkhead's question, we can VERIFY reallocating police funding could affect 911 centers, indirectly. But, the centers most likely would remain intact, supported by their cities and NC 911 Board.