VERIFY: There's not a coin shortage. Just a circulation issue

Either way it could still impact your ability to pay. Places across North Carolina are asking you for the exact amount or to use a card. 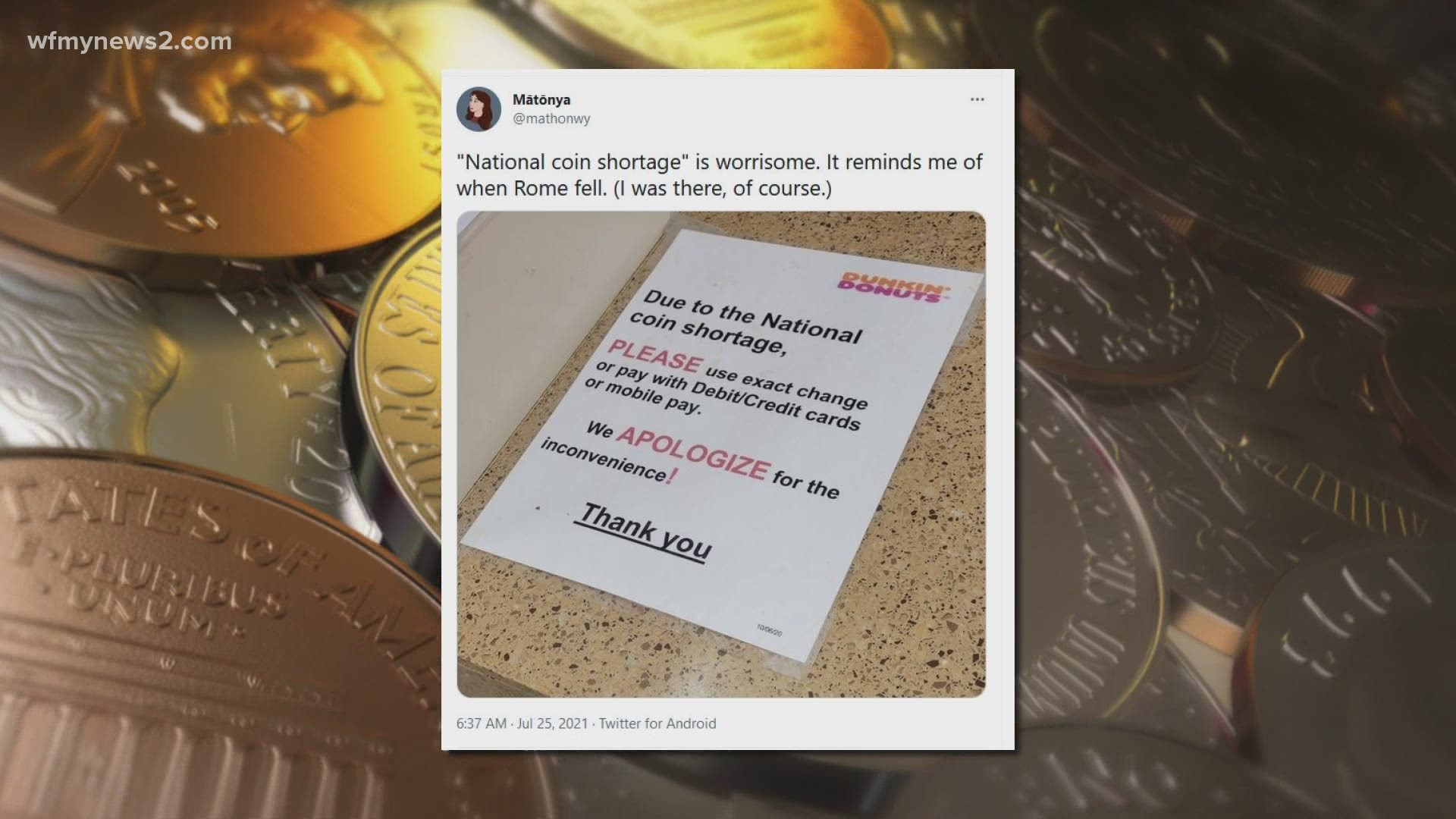 GREENSBORO, N.C. — Signs are popping up all over the Triad again like this, "Due to national coin shortage, please use exact change or pay with debit/credit cards or mobile pay."

A viewer asked 2 Wants to Know to Verify if there really is a coin shortage again?

Our sources for this are the U.S. Mint, the Board of Governors for the Federal Reserve System, and Coinstar, a company where people can turn in their coins for cash.

First off, you should know there are actually more coins being produced right now than ever before in American history. Last year the US Mint says it created 24 percent more than than the year before adding a total of more than 14 billion coins to circulation. So what gives?

According to the Federal Reserve, during the summer of 2020 "a temporary cap was imposed" on on banks to be sure that cash and coins were distributed fairly. These caps were reinstated in May of 2021 "because coin circulation patterns have not fully returned to pre-pandemic levels."

Coinstar says first off, more people are shopping now making the demand for coins go up. Also a lot of folks are saving their coins up at home. Coinstar thinks there is actually $18 billion worth of coins stuck in living rooms, bedrooms and closets around the country. If people would cash those in to the bank or pay with them at stores, coin star says things would get better fast.

It is not true that there's a coin shortage right now. We have plenty of supply. It's just a circulation issue.