Voter ID Now Law In NC, What You Need To Know

The bill now becomes law and would take effect with municipal elections in Fall 2019. 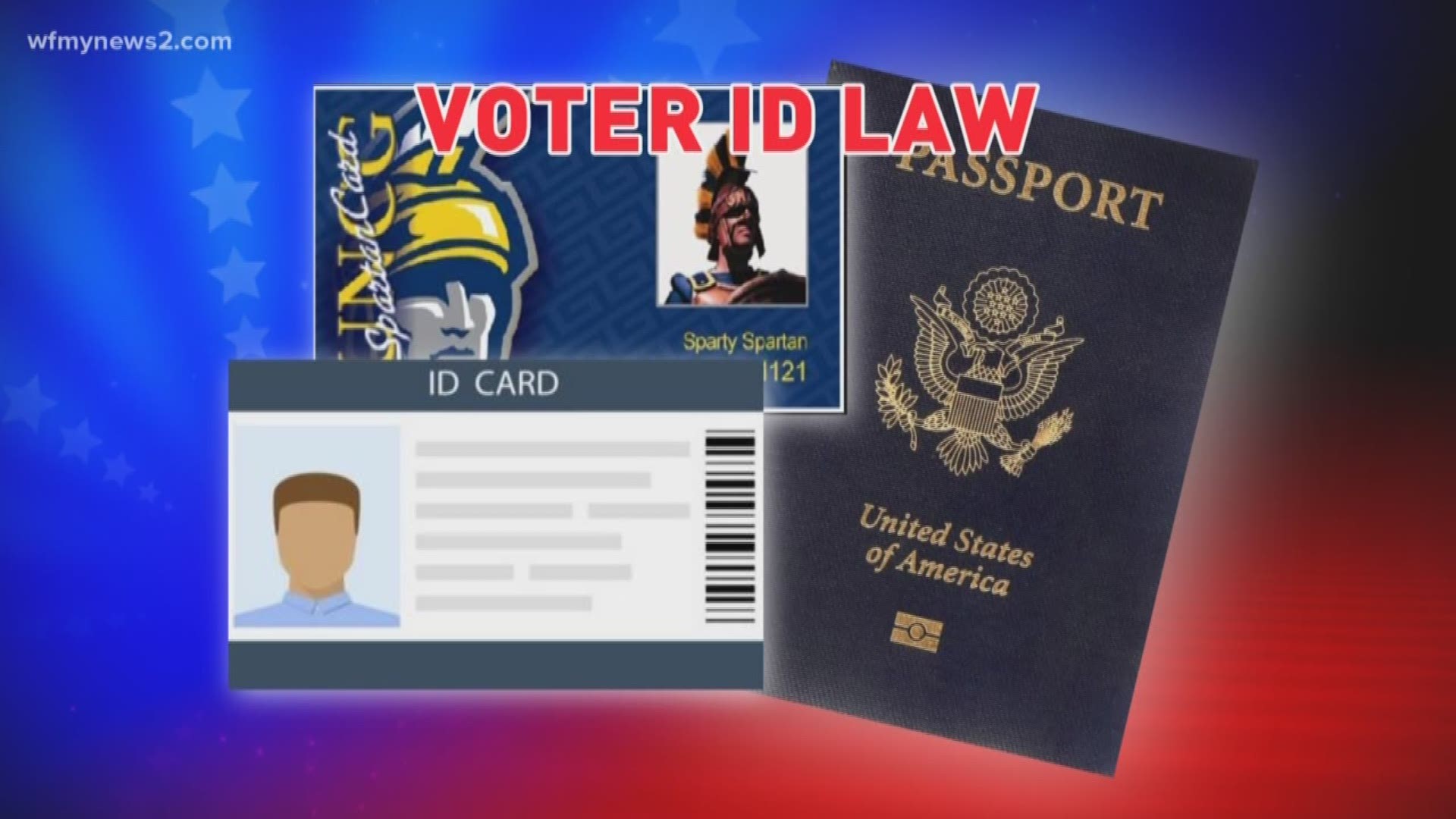 When you vote in North Carolina in 2019, you will be required to show some form of identification. As of Wednesday, it is now a law in the state of North Carolina.

This comes after the Republican-controlled legislature did an override of Governor Cooper's veto of Senate Bill 824 earlier this week. The NC House completed the override Wednesday.

The 72-40 vote came after an hour of an often heated debate, with Republicans calling Cooper's move "intellectually shallow" and contemptuous of voters and Democrats calling Republicans racist.

Senate Bill 824 requires voters to bring identification with them to the polling unit before casting their ballot. It will largely take effect when municipal elections occur next fall (2019).

North Carolina voters approved the referendum in November. The legislature returned a few weeks later to fill in the details of what qualifies as identification cards and exceptions to that new mandate.

A lawsuit by six voters has been subsequently filed in Wake County challenging the new requirement as an unconstitutional burden. They said the new law unnecessarily disenfranchises people.

In 2016, Federal judges had struck down a 2013 state law that included photo ID and other voting restrictions. The judges said in the ruling that the law was approved with intentional racial discrimination in mind and that it "targeted African-Americans with almost surgical precision."

What You Need to Know As a Voter

Under the new law, the following IDs would be acceptable at the polls and must be valid and either unexpired or expired for less than a year.

* U.S. passports (you can obtain one through your Post Office)

* A tribal enrollment card issued by a federally or state-recognized tribe.

* A student ID card from a University of North Carolina school, a community college or a private university

* An employee identification card issued by a state or local government entity, including a charter school

** Officials at universities, colleges, and local government entities would be required to certify every four years that their processes for printing IDs are secure and that they have verified the age and citizenship status of ID holders.

The bill allows the following forms of ID regardless of expiration or issuance dates:

* A military ID issued by the U.S. government

* A veteran's identification card issued by the U.S. Department of Veterans Affairs

** Any of the allowed IDs, even if they're expired will be acceptable if the voter is at least 65 years old, as long as the ID was unexpired on the individuals 65th birthday.