Instead of capturing intruders or no-goodniks, Melissa Rentz's security camera caught two bucks locking horns while battling in her back yard. 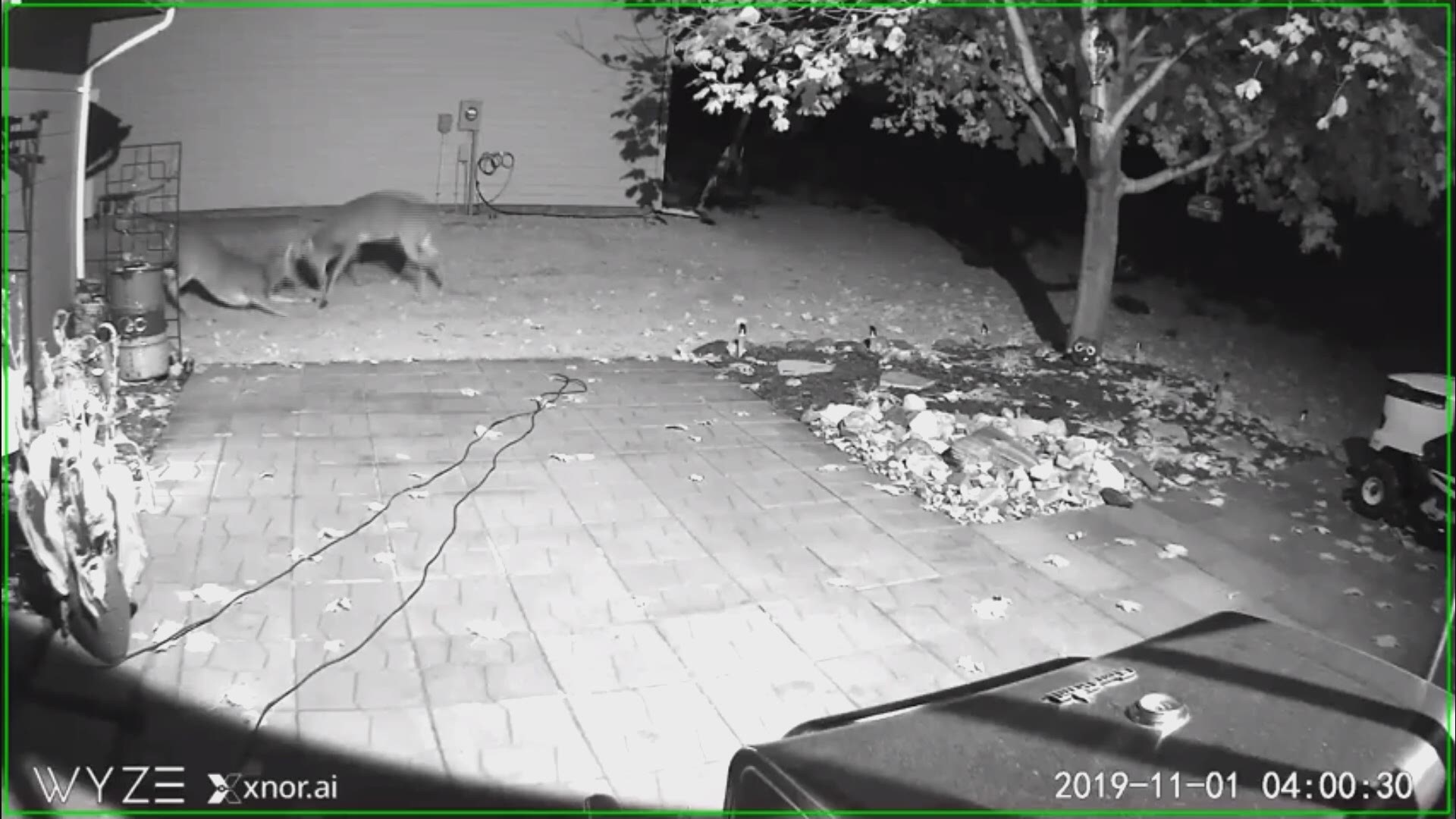 MAPLE GROVE, Minn. — The burbs aren't exactly Wild Kingdom, but look out your window at any given time and you're bound to witness some of Mother Nature's creatures in action.

It is unusual, however, to capture what Melissa Rentz's security camera did in Maple Grove last Friday. Instead of capturing intruders or no-goodniks, her camera caught two bucks locking horns in battle, a common occurrence in the deep of the woods, but not in a suburban back yard.

"No question that the deer are in rut right now," Rentz wrote to KARE 11.

Rentz says the buck battle raged all the way around her house, and the combatants broke two lights AND Melissa's lawnmower.

"Crazy to see," she says with understatement.

Wildlife experts will tell you that male deer behavior becomes more aggressive during mating season, and Minnesota's deer hunting season opens at the peak of that behavior. Hunters will take to their deer stands this Saturday, November 9.