The footprints were caught on camera in Cleveland County and said to be larger than any human could leave behind. 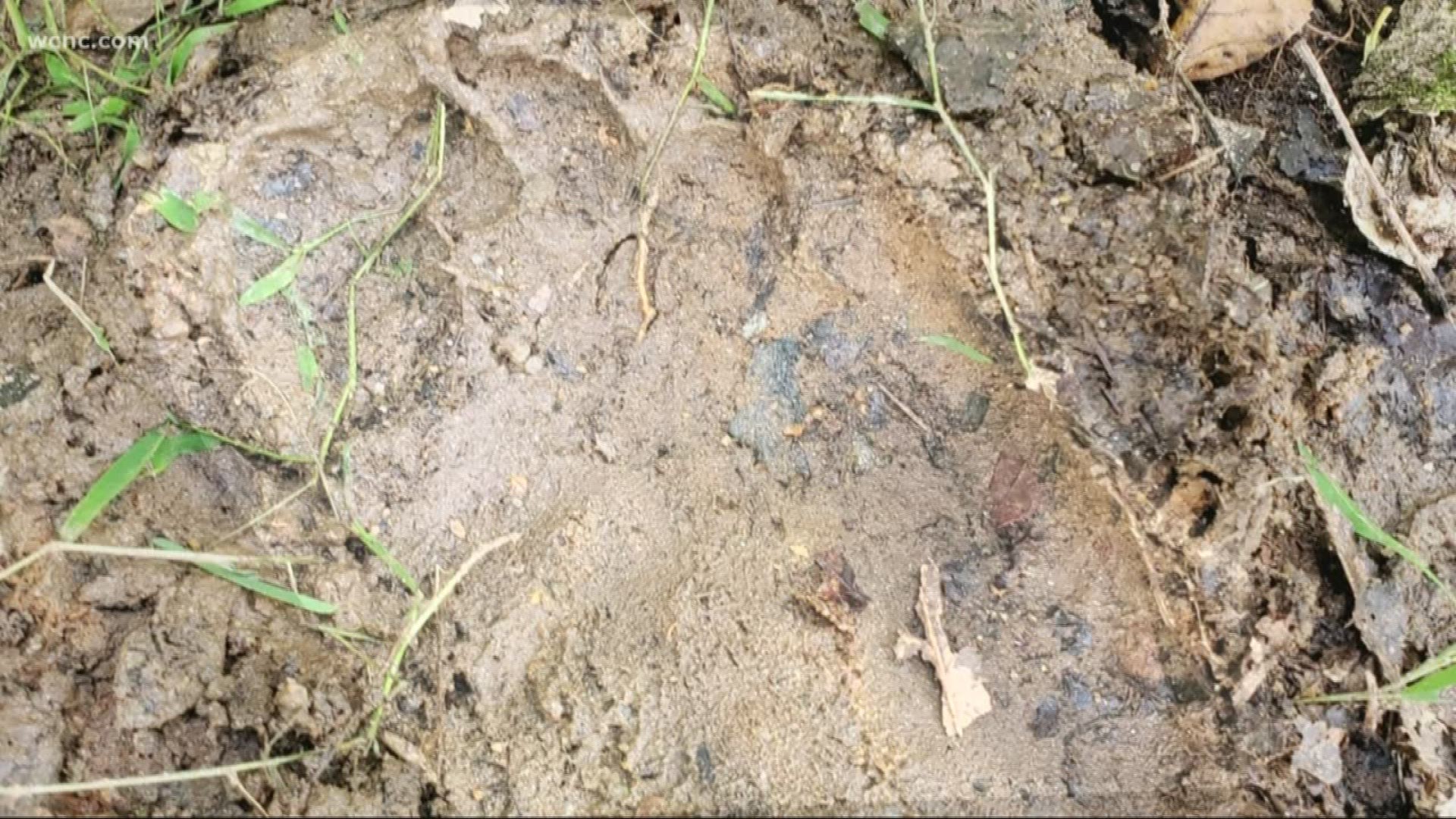 CLEVELAND COUNTY, N.C. — A man claims footprints in a Cleveland County wooded area are not human nor animal but possibly evidence of Bigfoot.

Joe Scarborough is an electrician. Last week, he was working on a home near Casar, North Carolina when he spotted the tracks.

"I got real close there and said, 'Somebody's got a Bigfoot,'" he said.

The tracks were caught on camera and said to be larger than any human could leave behind.

"It was 13,14 inches, and so I went back to the truck and got the tape measure, and went back down there and it was fresh," he said, adding you could tell from the small plants pressed down in the mud.

Scarborough planned to come back to the area to investigate.

"I'm going to spend the night, and I'm going to take some game cameras and see what happens. I mean, why not?" he said.

NBC Charlotte has reported several times on Bigfoot sightings in the western part of the state. Scarborough said he'll need more information before he willing to say it's a supernatural finding.

"Of course, it's hard to believe, until you see it yourself. You don't know how many hoaxes are out there," he said.

RELATED: 'This can't be real' | Shelby woman says she's seen Sasquatch in the woods by her home