These caterpillars are roaming North Carolina. They could pose a risk to kids.

A mother is warning other parents after her child came in contact with a small caterpillar and broke out in a massive rash. 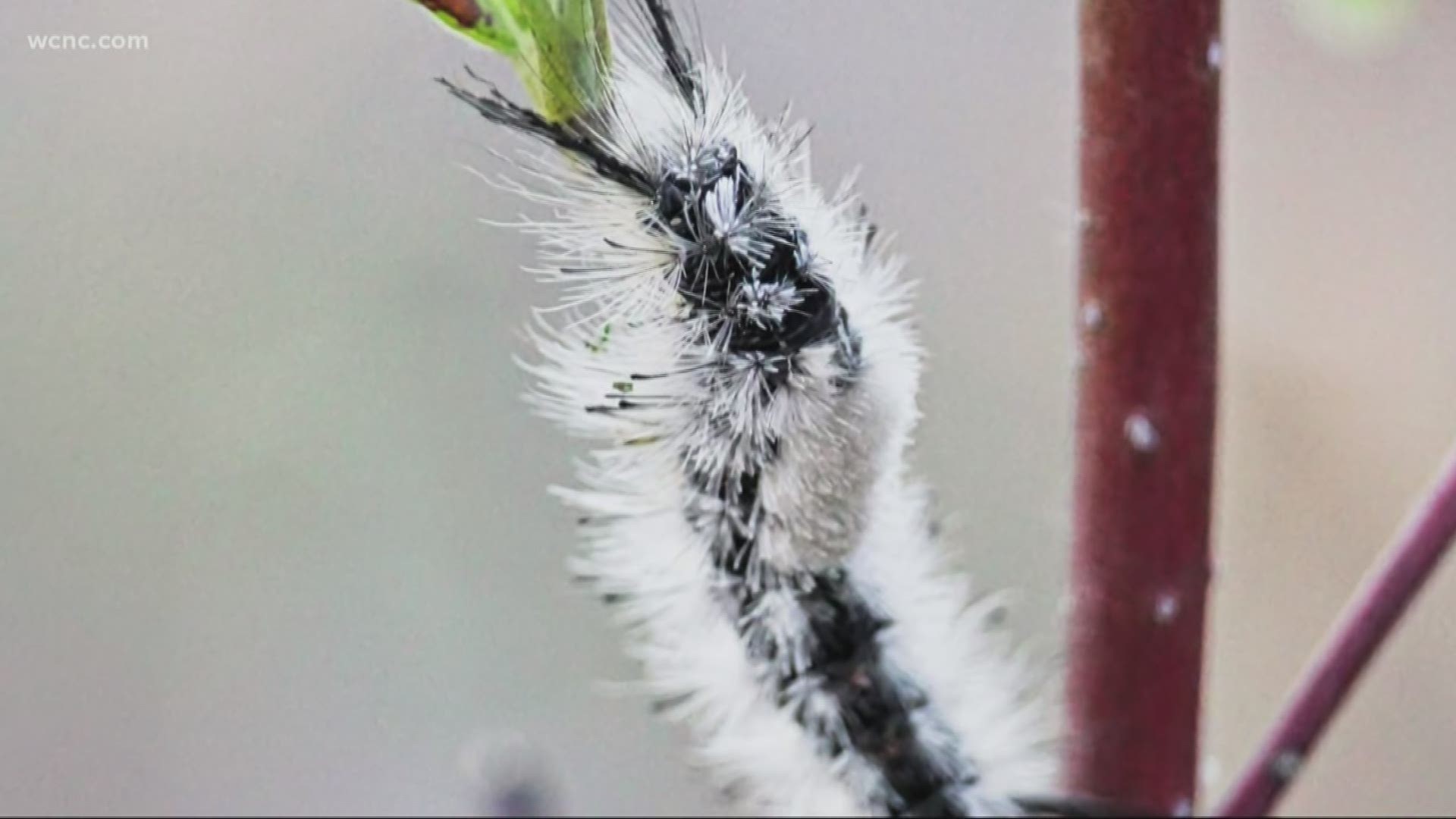 CHARLOTTE, N.C. — The Hickory Tussock Moth caterpillar may be a mouthful to say, but the name is no laughing matter.

Several could be in your backyard and problematic for children. The white and fluffy-looking creature is venomous.

"We'll see them quite a bit this time of year," said Marvin Bouknight, director of Discovery Place Nature in Charlotte.

He said, during this time of year, they are on the move to find shelter after filling their stomachs.

"A lot of them feed on oaks, and hickory, and maybe cherries, and ash which are all over Charlotte," he noted.

The caterpillars are venomous due to their prickly hairs on their backs. It's why one Pennsylvania mother is warning other parents after her son came in contact with the critter and broke out in a massive rash.

The hairs on their backs are meant to fend off predators, but if you touch them, you could get a rash or have an allergic reaction, Bouknight said.

"Rashes, itching, scratching, sometimes it can be a little shortness of breath which can scare you pretty good," he explained.

The best piece of advice for the kiddos before they head outside is to be mindful.

"The best rule of thumb I tell parents for kids is: Look but don't touch," he said.

The little critters will only be around until we start hitting regular temperatures in the 40s, according to Bouknight. If you come in contact with this type of caterpillar, it's best to go see a doctor for precaution, he added.