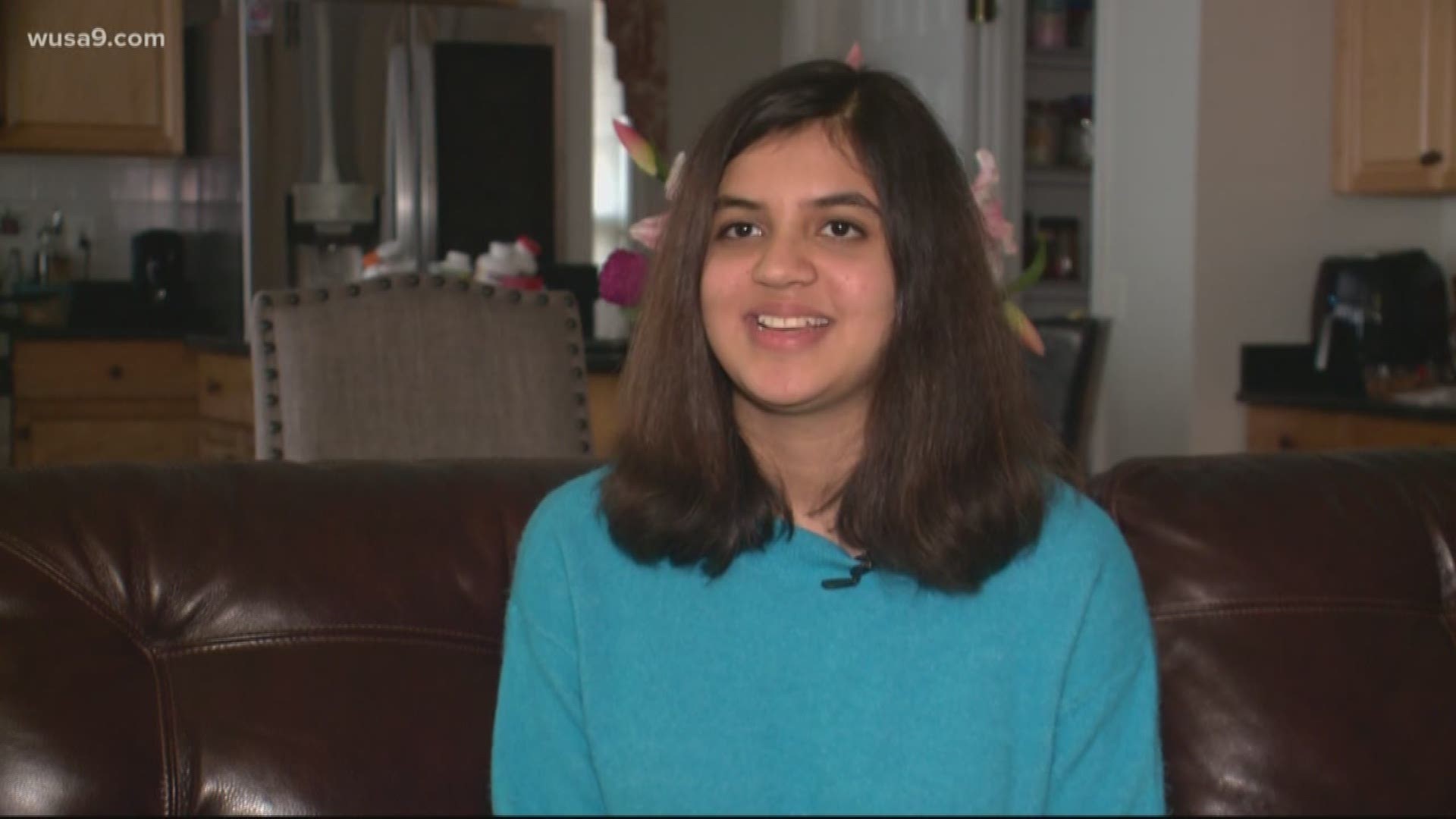 WASHINGTON — For many students across the country, January represents the start of another semester, a return from a winter break and a return to more school work. Those in high school can look forward to another month of standardized test prep for the ACT's and SAT, but one Virginia eighth grader decided to get started a bit early.

Meet 13-year-old Anika Gulati, an eighth-grader at Rachel Carson Middle School in Herndon. She not only took the ACT early, but she received a perfect score of 36. It's an achievement that fewer than half of one percent of ACT takers receive.

Anika took the test in December, not out of academic requirement, but out of plain curiosity. She said she wanted to see how she fared in each of the four different sections the test offers -- mathematics, reading, science, and English -- and was studying for the entrance exam at Thomas Jefferson High School, whose test reflects a similar structure.

"I am still processing it," she said. "I just took the test for fun, and I wasn't expecting to do that well."

Credit: WUSA9
"I am pretty good at math and science, and those were two pretty big aspects of the test."

The four subject sections contain multiple-choice questions, whose number of correct answers converts to a score from 1-36. Your composite score for the test as a whole is the average of those four sections.

There were over 1.8 million people who took the ACT test in 2019, according to ACT officials. The average composite score for the test was 20.7 out of 36 last year, roughly 15 points less than Anika's score. But Anika said her high score wasn't a result of any additional studying on her part.

"It was good, it wasn't that bad, it was like the practice exams for me," Anika said. "I didn't study that much, but I did do more than I usually do... it did come naturally to me."

When asked what subject she thinks she's best at, Anika didn't hesitate.

"Math," she said smiling. "I am pretty good at math and science, and those were two pretty big aspects of the test."

Right now, Anika takes an advanced honors algebra course at her middle school, and when she's not cracking the books, she's on the court. She's been playing basketball for the last eight years and is part of a competitive travel team.

Anika isn't sure specifically what she wants to pursue for a career -- after all, she hasn't even started her freshmen year of high school -- but she does know it will involve her love for science and medicine.

"I want to pursue medicine," she said. "I am not sure exactly what in medicine yet, but something in that area."

As for she where she wants to pursue medicine, she says she's aiming big -- the Ivy Leagues. Until then, there's always the SAT's.