Why is This Greensboro Creek Purple?

If you live in the Guilford Hills neighborhood and saw the purple creek this evening, we have an explanation. 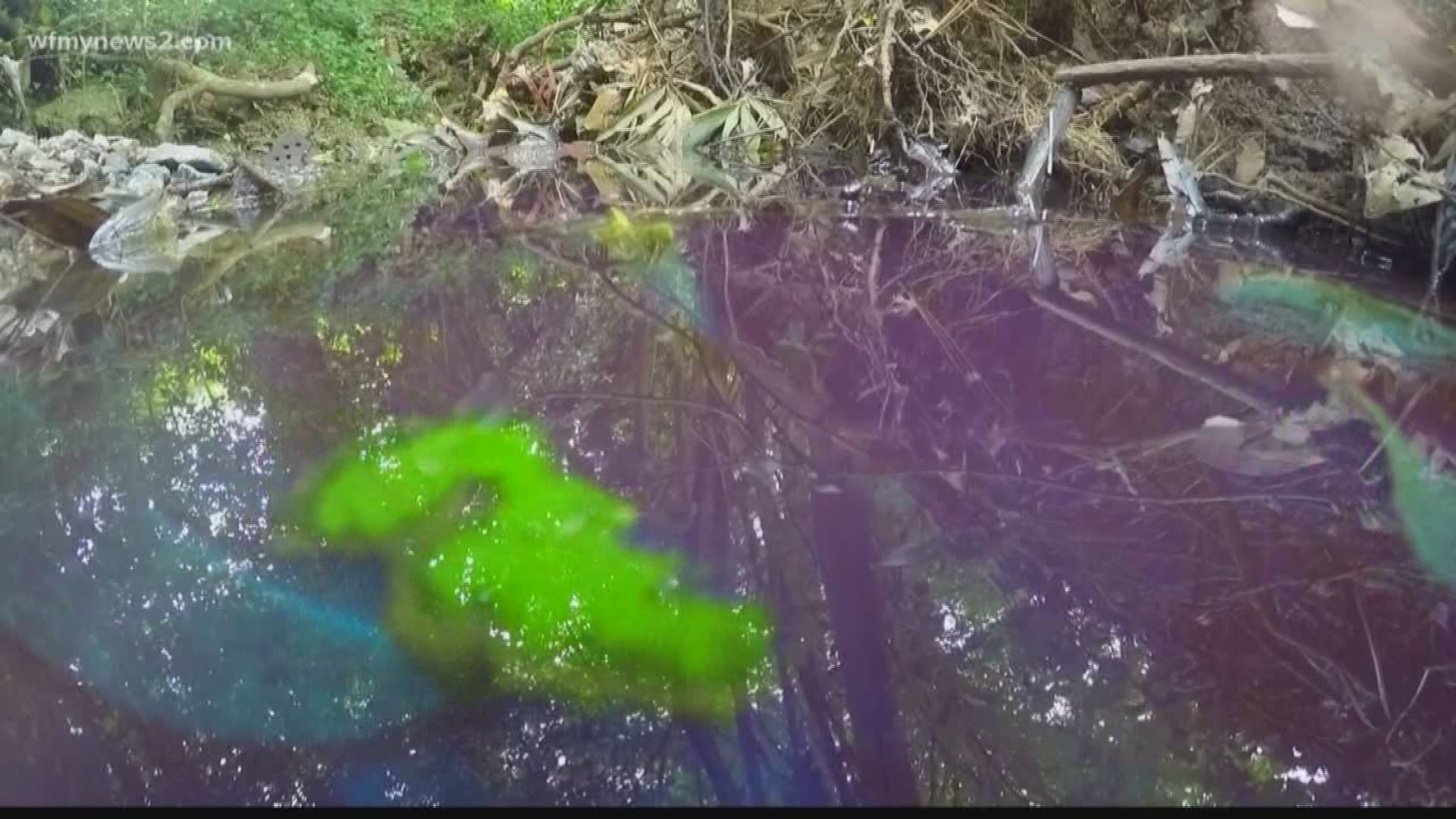 GREENSBORO, N.C. — While walking his dog this evening, Phillip Howard noticed something unusual about the creek behind his home in the Guilford Hills neighborhood.

It was completely purple.

He called WFMY News 2 to find out more and sent us some photos of the purple stream.

We then sent Howard's photos over to City of Greensboro officials.

Here's what we found out:

Jake Keys, Communications Manager for the City of Greensboro, said the purple creek was the result of an illegal dumping of chemicals from a car wash on Markland and Battleground Avenue.

2 Wants To Know got ahold of a picture of the chemical taken by a city inspector. You can see it's really more pinkish red than purple and called a High Foaming Low PH Presoak. It says right on the bottle, there's a slight risk to health.

Keys said after the chemical was evaluated, several options for cleanup were considered, but it was determined that the least harmful solution is to allow the chemical to naturally dilute and dissipate.

The City says the car wash will not be fined because this is their first offense.

But 2 Wants To Know what else is in our waters.

The most common chemical released was ammonia.

All of these clean-ups were monitored by the E-P-A to make sure your family stays safe.