Beer and Cash for the Win: 2019 Wife Carrying Championships

The winners are taking home six cases of beer along with cash totaling five times wife's weight, a tradition for the top couple. This year that amount is $555. 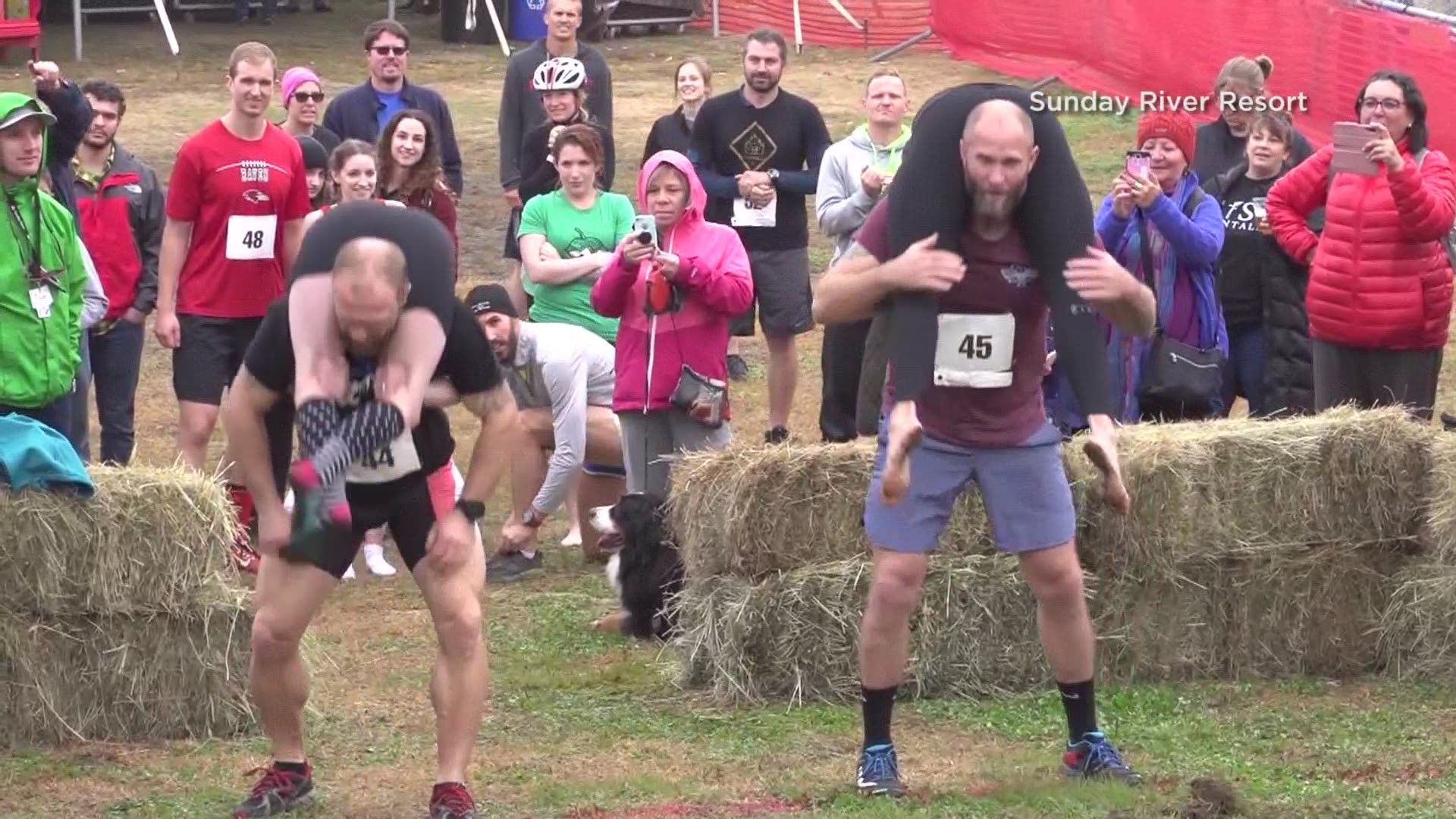 NEWRY, Maine — On the 20th year of a race where men carrying woman seeking fame, glory, some cash and some beer, a couple from Delaware proved to the best. Saturday, Sunday River hosted the annual North American Wife Carrying Championships, featuring a challenging and wet obstacle course during the ski area's Fall Festival.

Team Lovebirds Olivia Rowling and Jerome Roehm topped 44 other couples, completing the course in under a minute. Christine Arsenault and Jesse Wall of Team cure Mito from Oxford was second, followed by another Maine couple, Melissa Vigue and Nathan Lewia of Team Crossfit from Wells.

The winners are taking home six cases of beer along with cash totaling five times Rowling's weight, a tradition for the top couple. This year that amount is $555.

Amy and Jesse Mead of Time Sisu Mentality from Portland finished fourth, while Liza and Adam Drew of Team Bottoms Up from Harrisville, NH brought home the Clydesdale category, for couples with a combined weight of more than 350 pounds.

Rowling and Roehm are first time winners and said they will be back next year to defend their title. Arsenault and Wall, the defending champions, have been multiple winners in the championship.

The course is 278 yards long with two log hurdles and one water obstacle referred to as the "Widow Maker."