Gabrielle Holland liked her two-bedroom apartment she shared with her kids. The place seemed clean and her neighbors were nice. Then some uninvited guests moved in. 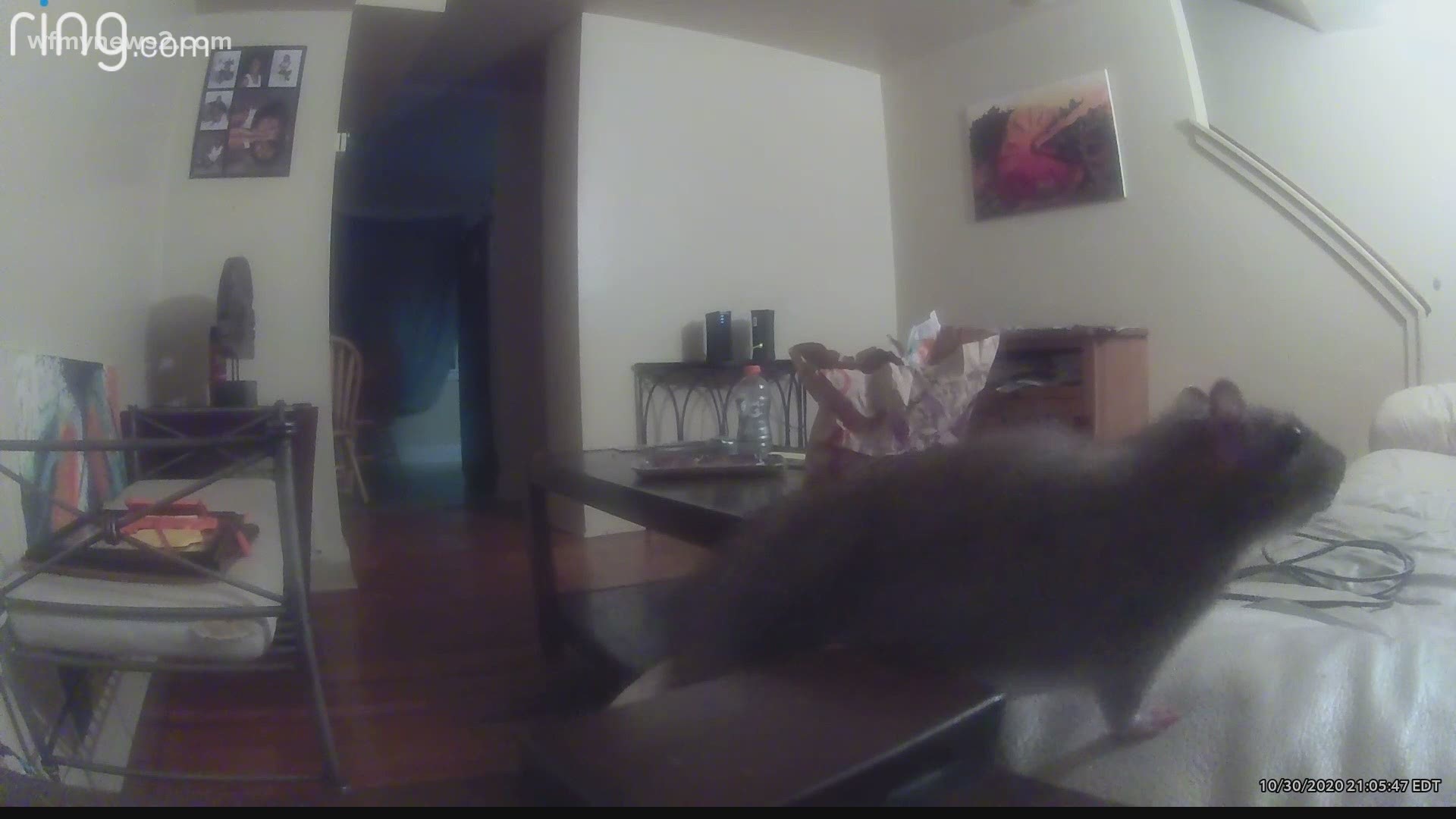 WINSTON-SALEM, N.C. — The noises were constant and often at night. It was not something Gabrielle Holland had heard before.

“I would hear it, it would sound like someone breaking into my house or something,” Holland said.

Unsure what it was, Holland decided to set up a camera to see if she could spot anything. Later that night, her camera alarm went off and Holland saw what was making the noises. Her apartment had a rat problem.

“It just became infested with rats out of nowhere,” Holland said.

At different times during the day, Holland could spot up to three rats when looking at the video on her surveillance camera. The rats would climb on her bed, on her furniture, and all over the cabinets in the kitchen.

“It was a lot of them, they were everywhere like they were having a party,” Holland said.

After reaching out to the complex with what Holland describes as little assistance, she set out some traps and poison on her own. The infestation became so bad she eventually moved out temporarily.

“I’m angry and scared thinking about my kids, I just couldn’t stay there,” Holland said.

The issue would go on for almost two months and yet Holland said her pleas to management to take the necessary steps to get rid of the rats did not happen or were not working.

“I have not seen them do anything and the rats are still everywhere,” Holland said.

It was around that time that Holland reached out to WFMY News 2 for some assistance. After contacting management at the apartment complex, we reached out to the Winston-Salem Housing Authority.

A few days later after speaking with one of the directors it agreed to reimburse Holland for the two months since the infestation started and provide an additional per diem when it works to remedy the issue.

The Housing Authority started the mitigation process by setting out traps and spraying the home and area several times in the past few days. It also agreed to remove all cabinets in the kitchen and plug any holes that may provide access to the rats.

“If you guys didn’t help, nothing would have been done, I feel amazing about that, and thank you,” Holland said.

It is unclear how long it will take to get rid of the rats but Holland plans to give it a week or so in hopes the four-legged critters stay away for good.