The Winston-Salem Police Corporal was awarded for his bravery and his ability to help save the life of a wounded Sergeant. 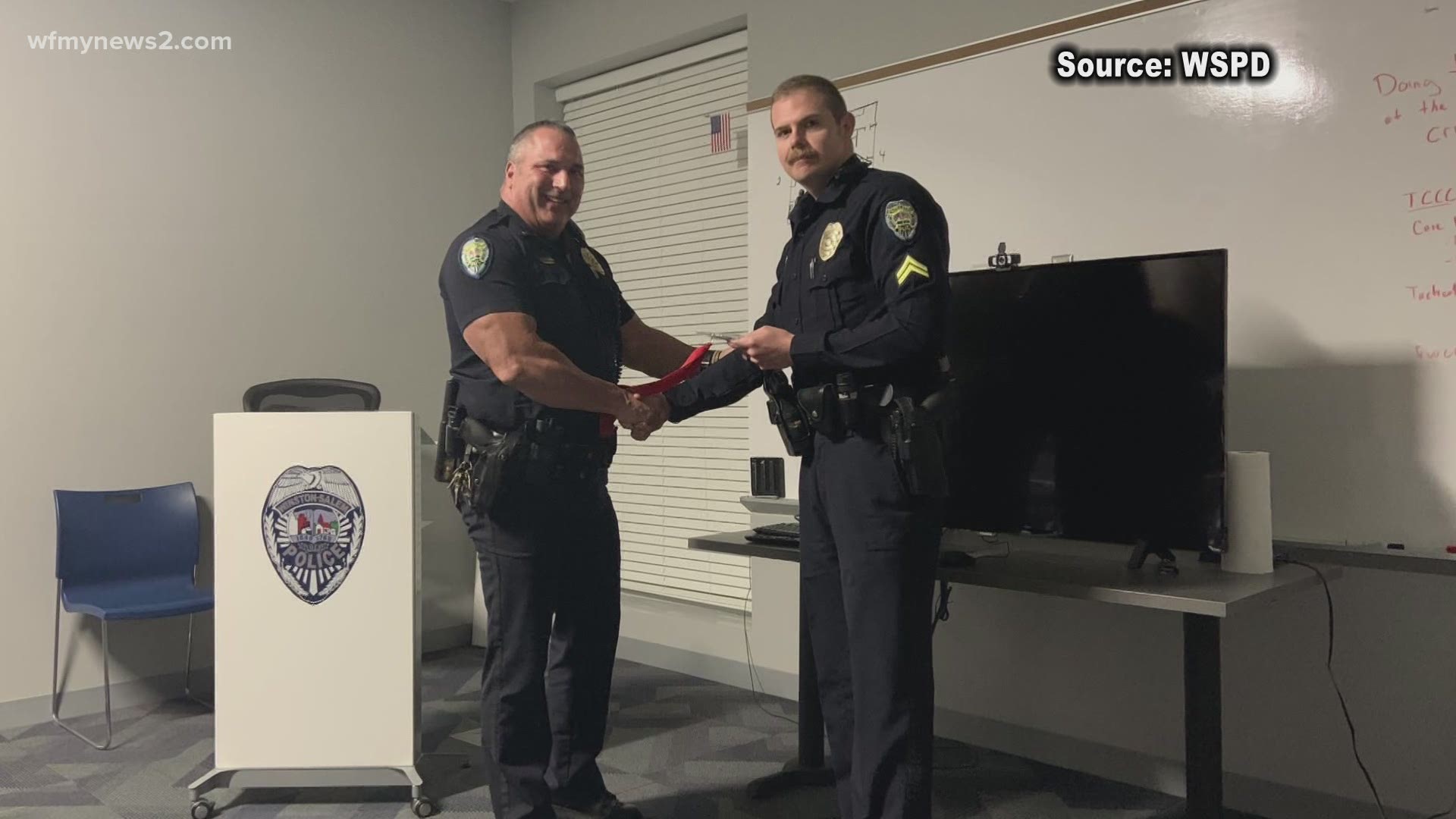 Less than a week before Christmas.

Police responded to the active shooter situation and put an end to the violence.

On a brisk December morning, five days before Christmas, a horrific scene played out at a city sanitation building in Winston-Salem.

A deadly shooting inside the Joycelyn V. Johnson Municipal building forever changed countless lives. A dispute between coworkers escalated. One man shot and killed the other.

"I remember they were saying someone had been shot and the person who'd been shooting was still there and it was being described as an ongoing situation."

Reynolds was nearby and responded to the call around 6:30 that morning. By the time he got there, panicked city employees were already outside. "They pointed me to a door on the front side and said, "he's in there, he's in there.'"

Without hesitation, Reynolds and another officer headed for the door. "As we went in to look for him, he ran out of a side door away from us. We could hear the exchange of gunfire and began running toward that door, but we couldn't run out the door because they were shooting back and forth across in front of it."

As soon as the shooting stopped, the officers ran outside and immediately saw Sgt. Sloan on the ground. He'd been hit twice.

"We both ended up putting tourniquets on and due to the nature of the bleeding, pressure had to be applied as well in order to slow the bleeding," said Reynolds, a 10-year veteran of the force, who relied on his extensive trauma training.

"You're really focused on the wound care itself and not the person,” admitted Reynolds. “Afterwards, when reflection happens, more emotions are able to come up and you can process that and think through that.”

Reynolds stayed with Sloan on the ambulance and continued to apply pressure until they were at the hospital. A move that likely made all the difference. "There was a lead doctor in the emergency department who said that the actions that were taken, there was a good chance that saved his life," remembered Reynolds.

For Reynolds, it was difficult to shake the thoughts of that day. "It was something that was on my mind pretty consistently for several days."

He was able to see Sgt. Sloan a few weeks later "He was well enough to be able to come into work and visit with people and I happen to be working that day so I got to be there and meet his family."

Months have gone by and he still thinks about it often. "Not reflectively,” said Reynolds. “It's not something I dwell on a lot but there are lots of reminders regularly, just from working with people and locations."

Fast forward a few months to last week, Corporal Reynolds and the five other officers involved, received "Salute to Heroes" Awards from the American Red Cross.

Knowing the amount of suffering that occurred that day, Reynolds has mixed emotions about the honor. "Honestly, celebrating anything from that day is at best, bittersweet."

What they learned from that brisk December morning might be even more memorable.

"I think a lot of time we're in closer situations than we even realize until after it's over, but it definitely was one of the more significant experiences of my career,” reflected Reynolds.