A Winston-Salem church was destroyed in a fire Monday morning as the roof collapsed. 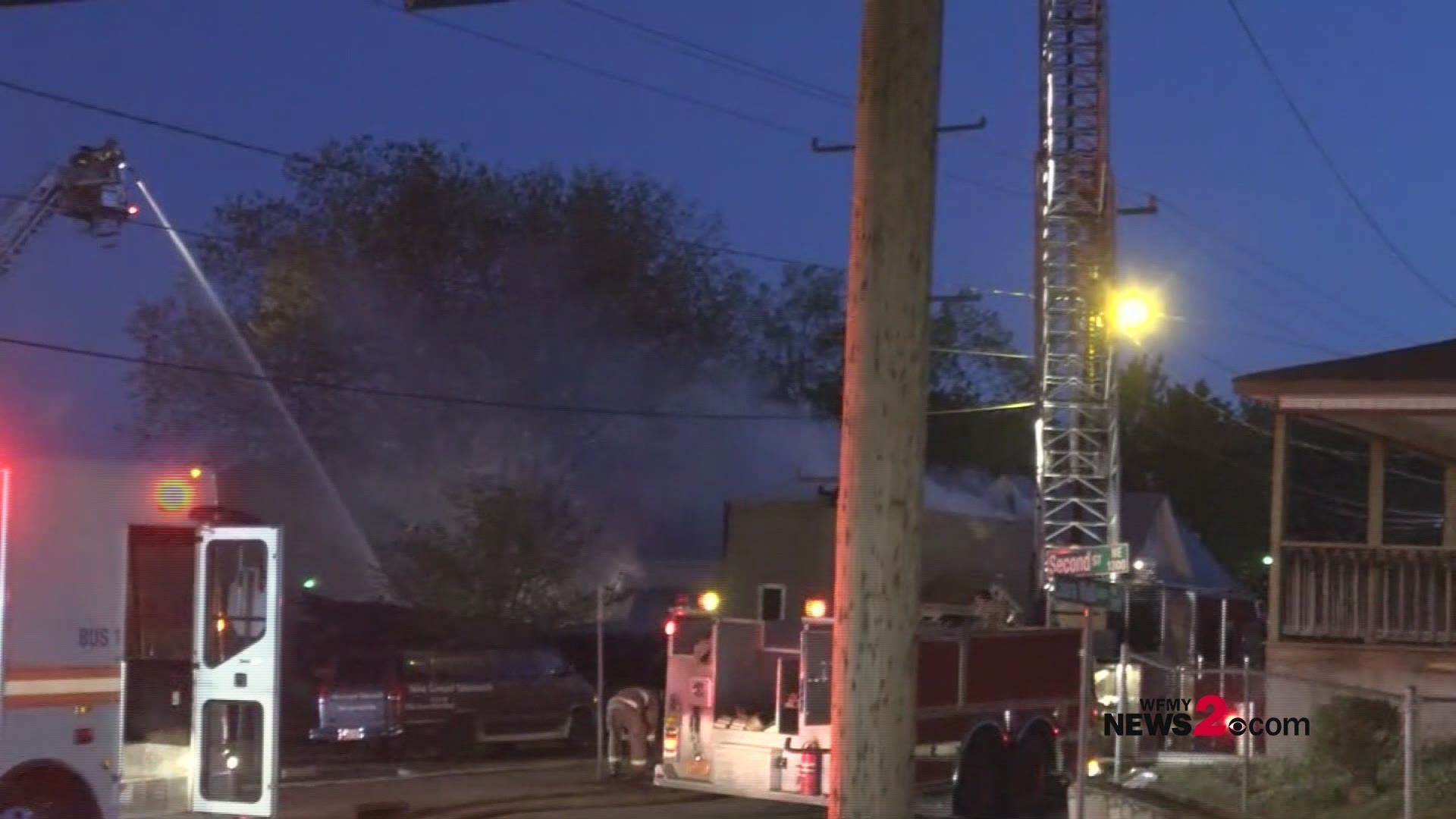 WINSTON-SALEM, NC - A Winston-Salem church on North Laura Wall Boulevard was destroyed Monday morning in a fire that caused the roof to collapse.

That fire happened at the sanctuary of New Gospel Tabernacle Holiness Church with the call coming in shortly before 3 a.m. 37 firefighters and 16 units were sent to the scene.

.@cityofwsfire is still working to extinguish the flames at New Gospel Tabernacle Holiness Church on Laura Wall Boulevard. The roof and walls of the church collapsed. No injuries. Three people in the house next door are displaced. Red Cross is helping them out.@WFMY pic.twitter.com/JcBlQzDbCX

Firefighters say the roof and walls of the church collapsed and three people were displaced from a nearby home. No one was inside the church at the time and there were no injuries.

The cause of the fire is not yet known.

1 / 5
A Winston-Salem church was destroyed in a fire Monday morning. WFMY News 2 photo.